This morning, Tandem reported preliminary 1Q18 results: sales of ~$27 million rose a strong ~42% year-over-year (YOY) on a GAAP basis, albeit against an easy comparison to a 5% decline in sales in 1Q17 (GAAP basis). On a non-GAAP basis – excluding the new technology upgrade program – we estimate sales were up a more robust ~54% YOY. Sequentially, 1Q18 sales were down ~32% from the blowout record in 4Q17 – on par with the typical seasonality in Tandem’s business.

Overall, these are encouraging 1Q18 results for Tandem and show momentum has continued from 4Q17, which was easily the most successful (and highest-pressure) quarter in Tandem’s history.

As of Tandem’s 4Q17 call,  management said financial resources would get the company to cash-flow breakeven in 2H19, assuming: (i) an installed base of >80,000 users ordering supplies consistently; and (ii) gross margins of 55%. Gross margin was 43% in 4Q17, up notably from 35% in 4Q16. While the next 18 months will need to see significant gross margin improvement, Tandem could very well achieve the installed base number in 2018 – especially if it executes on the pipeline.

Investor confidence has certainly been restored: Tandem’s market cap is now at ~$315 million, its highest point in nearly two years.

More details will come on the 1Q18 call on Thursday, April 26 at 4:30 pm ET. We especially look forward to an update on the FDA review of Tandem’s Basal-IQ (predictive low glucose suspend) with Dexcom’s G5, which was submitted earlier this year and pegged for a summer 2018 launch. As of last month’s call, the Control-IQ hybrid closed loop with TypeZero/Dexcom’s G6 was expected to start its pivotal in 2Q18, enabling a “rolling” FDA PMA submission in 2H18 and launch in 1H19 – given the earlier-than-expected G6 FDA clearance as an integrated CGM with interoperability, this feels more doable now, assuming the pivotal gets running on time. 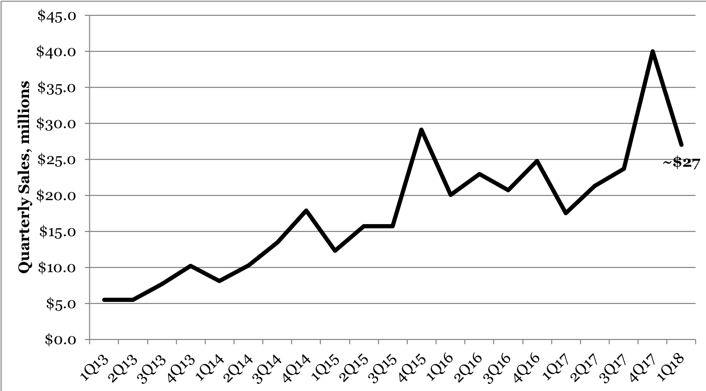 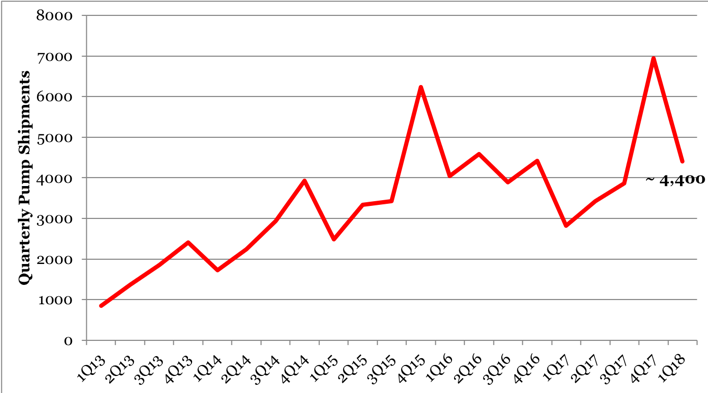