Omnipod Dash to launch in France, Belgium, Germany, Austria, Switzerland, and Israel in “coming weeks”; ahead of 2Q20 expectations for “early 2021”

Just this morning, Insulet announced that it has doubled the number of countries where the pay-as-you-go Omnipod Dash insulin pump is available from four to eight. In addition to the US, UK, Netherlands, and Italy, Dash is now available in Sweden, Finland, Norway, and Denmark. Rollout will continue with Dash expected to launch in France, Belgium, Germany, Austria, Switzerland, and Israel in the “coming weeks.” The launches come well ahead of 2Q20 expectations to rollout Dash internationally in “early 2021.”

International launch of Dash should boost the company’s international Omnipod business, which recorded $73 million in revenue in 2Q20 (+16% YOY on a tough comparison); international sales of just over $250 million in 2019 rose 47%. Dash will also bolster the company’s international offering a bit against strengthening competition from Medtronic and Tandem though the magic will be when AID is available in the EU is really what will make Insulet competitive there. Medtronic is expected to roll out its second-generation AID system, MiniMed 780G in Europe “this fall” while Tandem plans to roll out its Control-IQ system throughout the back half of this year. The pivotal results for Insulet’s first AID system, Omnipod 5, are expected to read out at ATTD 2021, with no given timeline for an international launch – of course, it will be easier to launch Omnipod 5 in Europe with Dash already available in those international markets. 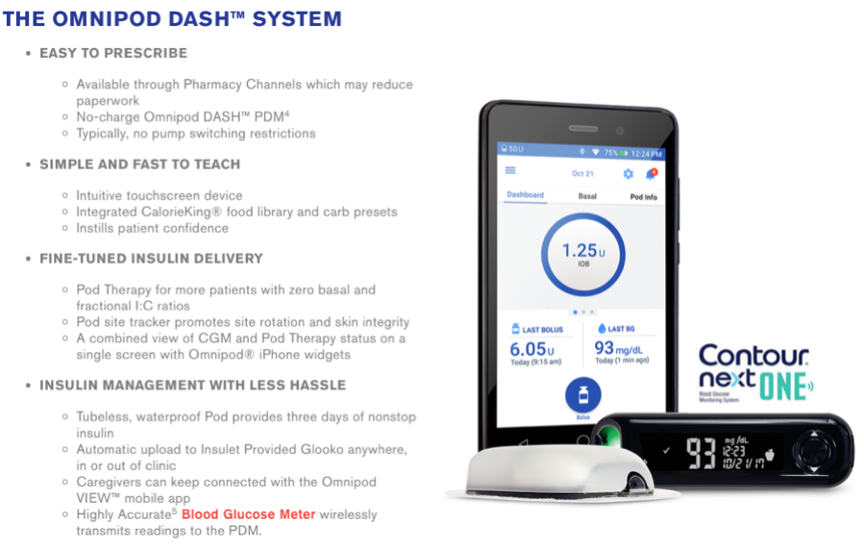