In major news from Apple’s June 5 Special Event, VP of technology Kevin Lynch shared on stage that Apple’s upcoming WatchOS4 will directly talk to Dexcom’s CGM transmitter without the phone nearby (i.e., direct CGM-to-Watch communication). The feature, called “native core Bluetooth,” will launch this fall as a free upgrade across all watches – nice! This update has long been requested by Dexcom G5 app/Watch users, representing a major form factor upgrade from the current setup that requires a nearby iPhone running the G5 app to relay data to the G5 Watch app. View the Apple keynote here starting at the 19:45 mark – the picture below, which showed the Dexcom G5 app on the Watch on screen, occurs at 19:53. Notably, Dexcom CGM was the first app mentioned related to this upgrade, alongside an app that connects directly to a tennis racket and another that connects to a surfboard. Talk about major visibility for diabetes! “Continuous glucose monitoring” is also mentioned in the description of this feature on the WatchOS4 developer page (see text in the second picture below).

This announcement is a major win for Dexcom on a number of fronts: (i) a major user experience and hardware upgrade for users (no need to carry a phone to see CGM data on the Watch); (ii) shows Apple’s commitment to this partnership; and (iii) highlights that Apple is laying a great developer groundwork to make the Watch a more compelling standalone device in health (and by extension, diabetes). Dexcom and Apple have longed worked together on the mobile app side, and this announcement further implies (to us) that Apple is unlikely to launch its own non-invasive CGM to compete with Dexcom. Of course, this is despite rumors to the contrary published in CNBC and BGR over the past few months (see here, here, and here), but exactly in line with our prediction last month. We believe strongly that glucose data on the Watch provides a highly compelling user experience, and the ability to avoid carrying a phone or receiver is a major win for patients – in line with our view that diabetes technology should continue to subtract things from patients’ lives, rather than add them.

Watch the full keynote here (Apple Watch update is from 9:30-20:30), get the WatchOS4 consumer preview here, and get the Developer preview here. 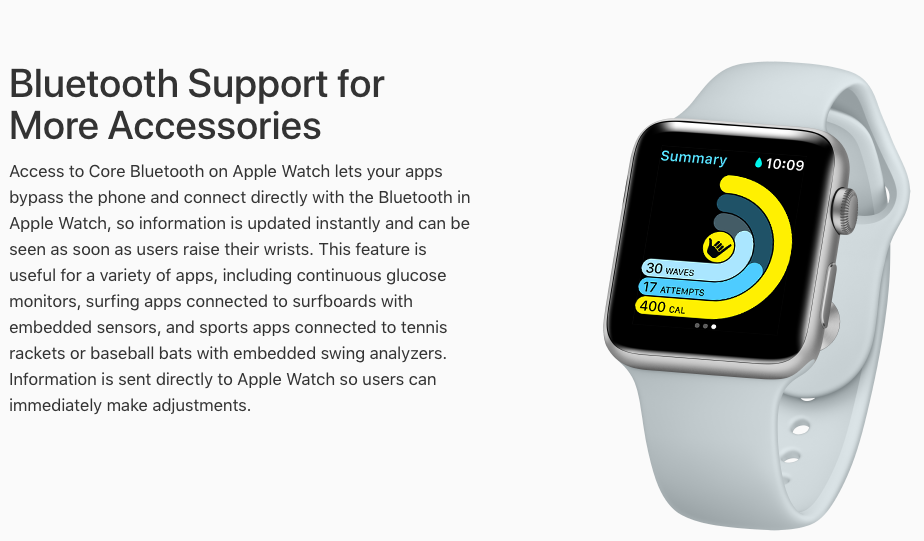