A six-month limited market release (“Dash Ahead”) will begin later this summer, with a full launch in “early 2019” – both in line with 1Q18. Dash will have a big ADA 2018 presence in a couple weeks, both in a product theater and at a VIP event. No EU or Canada approval (or clearance) or timing has been shared.

The new Dash PDM will be available for free (once every four years) with the purchase of pods. We’re elated to see no expensive upgrade fee for current users, a testament to Insulet’s differentiated recurring revenue business model (i.e., driven by ongoing pod sales, not PDMs) and the company’s enormous commitment to making things as easy as possible for patients.

The size of the limited launch is unclear – we might guess <1,000 patients. Insulet will choose a select number of US endocrinologists, who will then choose patients for whom Dash should be prescribed. Insulet’s marketing brochure looks great – we very much appreciate the “real world” perspective and the diversity of patients shown. Additionally, we appreciate very much the commitment to 24/7 phone lines to discuss access.

Dash was submitted to FDA in January, meaning this 510(k) review was a fairly fast ~five months – considering the major human factors update, move to new PDM hardware, and addition of Bluetooth and apps, that’s a big win and strong execution from the Insulet regulatory team. (For context, Insulet’s second-gen pod and PDM had an ~19-month FDA review!) Dash easily hits and probably exceeds a bit the JPM goal for a 2H18 limited launch although zooming back, the launch comes roughly 6-12 months delayed from the initial November 2016 Analyst Day hope to launch in “late 2017.”

Overall, Dash looks like an outstanding product, a terrific upgrade from the current (clunky) PDM that came out five years ago, and a design that moves Insulet in all the right diabetes device directions:

We include Dash pictures below from recent conferences, which definitely steps up Insulet’s hardware and software game to keep up with Tandem and ahead of Medtronic.

As expected following JPM, each Dash PDM welcome kit will include a Bluetooth-enabled Ascensia Contour Next One blood glucose meter, which sends results wirelessly to Dash and right into the bolus calculator. Other Bluetooth-enabled BGMs will not send data to Dash at launch, though we’d guess they could be added over time. (The current PDM’s embedded Abbott FreeStyle BGM has been taken out in Dash – a loss for Abbott, and although not too big considering the focus on Libre, 99% of people with diabetes still do use BGM, not CGM.)

The actual Dash PDM will not display Dexcom G5/G6 CGM values; this will have to wait for the full PMA submission as part of the Horizon hybrid closed loop system. Instead, Insulet will offer an Apple iOS Today widget on the iPhone lock screen (see below), which will allow users to see their pump data (e.g., insulin on board) side-by-side with their Dexcom data. Since the pod cannot talk directly to a user’s own iPhone, the Dash PDM must be nearby and will relay the data to the Omnipod Display app/iOS Widget. We wonder if Insulet will consider integrating with FreeStyle Libre over time – scanning a Libre sensor with Dash would be a terrific form factor.

This is Insulet’s first major product launch since the second-gen smaller Omnipod and slightly redesigned PDM came out over five years ago in February 2013 – wow! We’re glad to see the company pursuing a limited market release, as there will no doubt be learning from users, lots of manufacturing and inventory scale up, and plenty to learn on the app/software fronts. Investors were clearly excited, as Insulet’s stock price hit a record high of ~$95 (market cap: $5.6 billion).

Get more details below, including pictures of Dash and our questions. 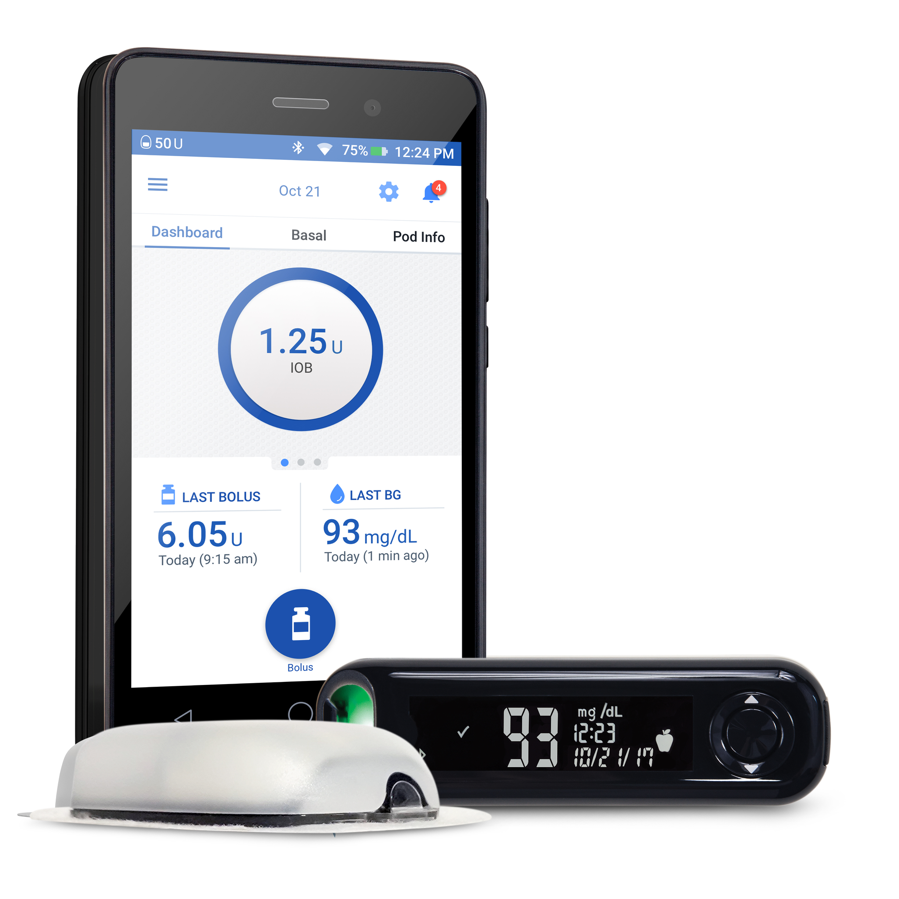 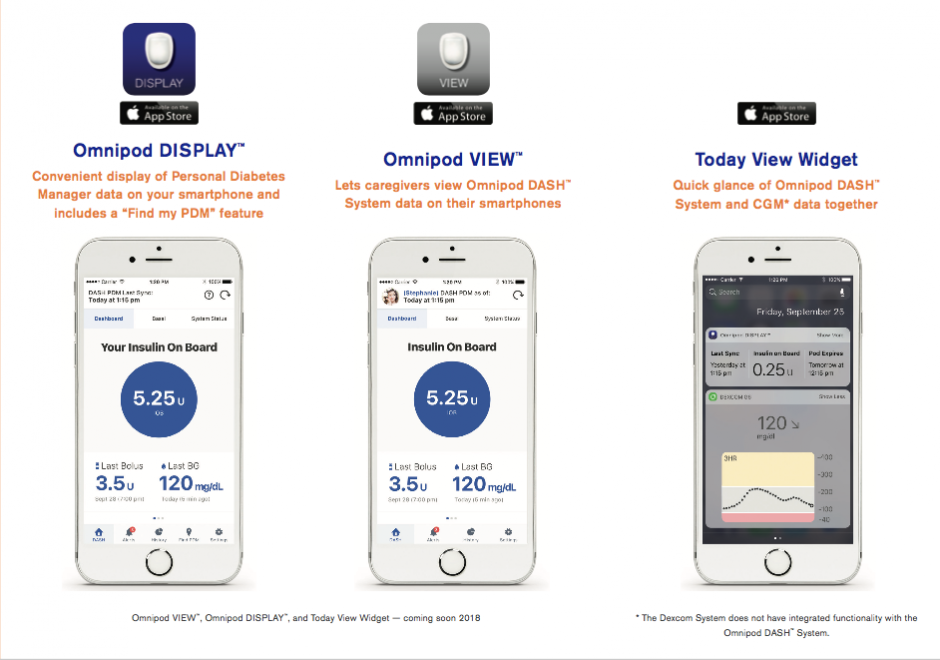 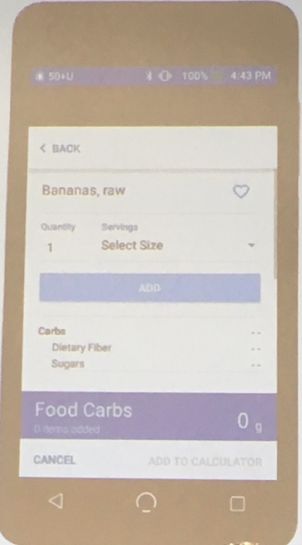 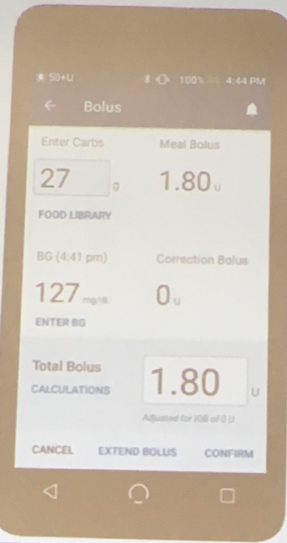 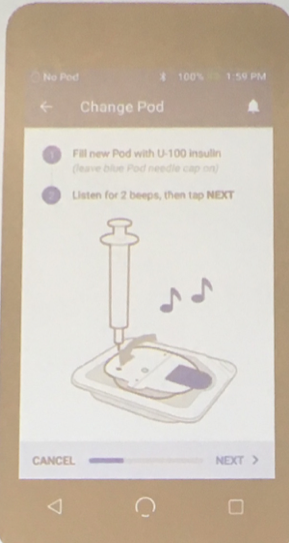 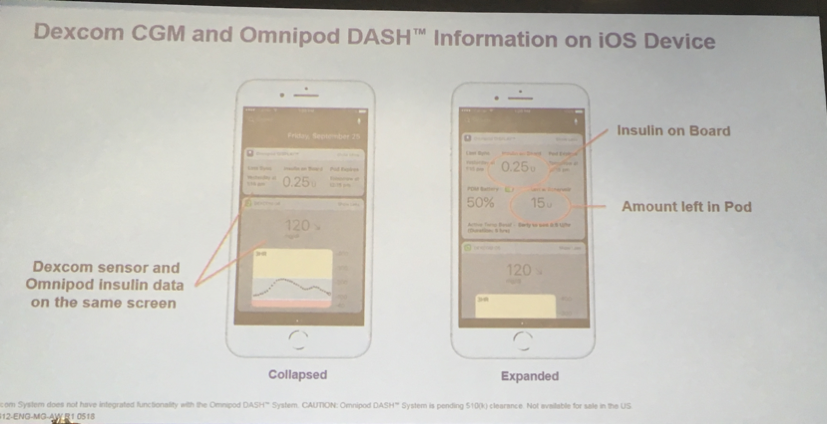 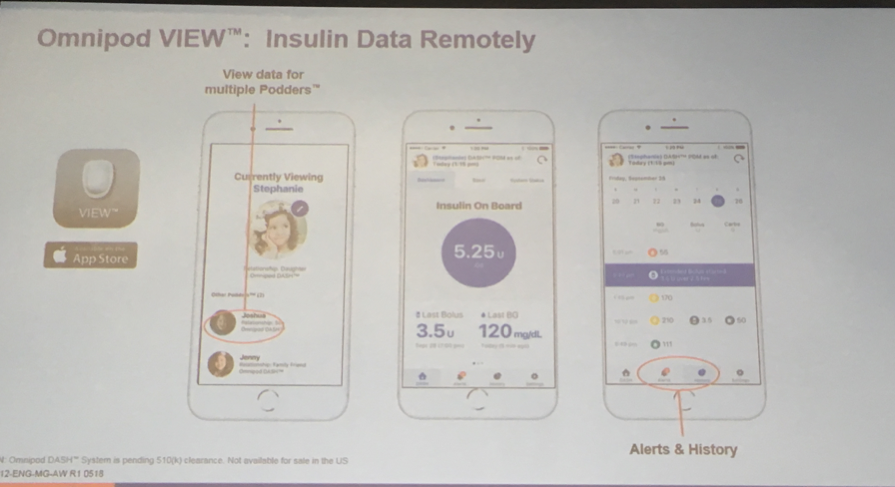 Q: How many users will take part in the Dash Ahead limited launch? Which endocrinologists will be chosen? What will the chosen endos do to convey the most learning from their patients? Where will Insulet have the most learning?

Q: How big is the manufacturing change to add Bluetooth to the pod? Is the new PDM, as a locked-down Android phone – less expensive for Insulet to make?

Q: How much will Insulet charge users if the Dash PDM is lost within a four-year period? As a locked-down Android phone, how expensive is each PDM for Insulet – $100? $200?

Q: Will Insulet actually bill insurance for the Dash PDM? The FAQ notes, “With the Omnipod Dash System, customers will be eligible to receive 1 free PDM every 4 years with the purchase of Pods subject to certain conditions including but not limited to, verification of insurance.” Does the latter apply to ongoing pod ordering only, or also to the Dash PDM?

Q: How will users choose between Insulet’s Dash, Tandem’s t:slim X2 with Basal.IQ, and Medtronic’s MiniMed 670G in early 2019? Given Insulet’s continued strong growth in MDI, we’d imagine it will see similar or perhaps accelerated growth with Dash though this will undoubtedly vary by cohort.

Q: Will Insulet beat Bigfoot and Lilly to market with the Horizon AID product? Our AID competitive landscape currently has Tandem’s Control.IQ as a 1H19 launch, with subsequent hybrid closed loop systems (including Insulet’s Horizon) converging on late 2019-2020 launches.

Q: How far off is direct-from-smartphone control of the pod? When could Insulet launch this via Android Protected Confirmation? What about on iPhone?