One Drop obtains FDA clearance and CE Mark for Chrome BGM; unlimited strips launches for $39.95 per month or less in US, EU – December 6, 2016

Tomorrow morning (Tuesday), One Drop will announce FDA clearance and CE Mark approval of its Bluetooth-enabled Chrome BGM, reflecting a fairly quick four-month FDA review. Simultaneously, One Drop Premium will launch in the US and EU, offering users unlimited BGM strips and 24/7 in-app support from CDEs for an impressive $39.95/month without insurance ($33.33/month with a prepaid 12-month strips subscription). One Drop’s Chrome BGM will retail for $79.95 for those purchasing at least one month of strips ($99.95 otherwise).

$39.95 or less per month is compelling cash pay pricing for unlimited strips, particularly because One Drop Premium users will avoid the hassle of prescriptions and dealing with payers – usage is tracked in the app and strips are delivered straight to a user’s door automatically. Copays for strips in the US is $50 or more with insurance for some users, so One Drop Premium may also be less expensive than current BGMs with insurance, plus give users more strips and in-app CDE support (“One Drop Experts”). We’re not sure if the company will pursue formal insurance reimbursement, but if this pricing is sustainable, the hassle related to working with insurance may not be worth it for those that can afford either ~$480 paid upfront (Chrome BGM + one year of strips ) or an ongoing $39/month.

One Drop Premium also brings a refreshingly strong consumer feel (pics below) – a “vegan leather” carrying case, a Chrome-encased BGM and lancing device – that will be welcome to many people with diabetes tired of utilitarian-looking medical devices and a lot of stuff to carry.

The Chrome meter communicates via Bluetooth with the free One Drop mobile app on Apple iOS and recently launched Android, which combined have ~120,000 users in 195 countries. This represents strong adoption ~1.5 years following One Drop’s launch on iOS in April 2015. (For context, mySugr, has ~850,000 users since launch in 2012.) According to One Drop’s info graphic, 54% of its users have type 2 diabetes, 27% have type 1 diabetes, and 11% have prediabetes – a clear sign it’s bringing digital health to a broad population. CEO Jeff Dachis told us type 1s are “a major priority.” We wonder how significantly adoption and engagement will expand with the Premium service.

One Drop’s Chrome BGM and strips will be sold directly from the One Drop app on iOS and Android, and notably, Apple (!) will sell the meter at store.apple.com starting in mid-December in the US. One Drop has always had a tight relationship with Apple, including being featured in the App Store earlier this year, offering an Apple Watch app very early on, and launching Care Kit integration in tandem with Apple’s announcement earlier this year. Apple’s commitment seems like a positive sign for diabetes, and certainly, a vote of confidence in One Drop. (We also wonder if lessons from Apple’s prior iBGStar work with Sanofi will be integrated in this launch.)

The Chrome BGM launch is in English only, meaning the UK will be the biggest target market in Europe (mg/dl and mmol/l are supported); the app is currently available in English, Spanish, Chinese, and Arabic. US shipments began today to the company’s 258 Indiegogo crowdfunding backers (nearly $60,000 raised), while EU shipments will begin in several weeks as production ramps.

One Drop says it has capacity to “easily” support 100,000 Premium users or more, and we assume it has a very proven BGM manufacturing partner to make the Chrome meter and supply the strips (the meter does resemble AgaMatrix’s Jazz Wireless 2; see below). A One Drop FAQ says 99% of Chrome BGM measurements were within 15% of lab results, with 93% within 10% – quite accurate and well within FDA’s tighter, just-finalized BGM guidance.

CDEs Dr. Mark Heyman and Rachel Head will lead One Drop Experts, and the “solid and scalable” coaching infrastructure (humans + technology) is expected to deliver 10x or more interaction/user volume than in-person/telephone diabetes education. All Experts will be CDEs at minimum, and the app also includes a nine-week educational program. The communication is a chat-like interface, and presumably won’t be real-time once it’s at scale.

Combined, this is very ambitious for a 20-person company – commercializing a just-cleared medical device, changing an industry’s business model, and launching in multiple countries – and we look forward to watching the execution. Unlimited strips for a reasonable cash pay price (plus low hassle ordering and in-app educational support) should be quite meaningful for many people with diabetes frustrated with the current BGM business model. CEO Jeff Dachis certainly thinks big and brings serious Big Data, marketing, startup growth, and web/mobile expertise from his days at Razorfish. We can’t wait to see the start of the data analysis …

We include more details on One Drop Premium and One Drop Experts below, including pictures, results from a preliminary analysis (an estimated 1% A1c reduction over four weeks), background on the company, and our questions. 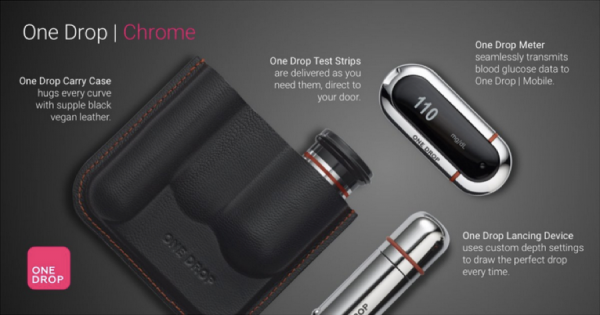 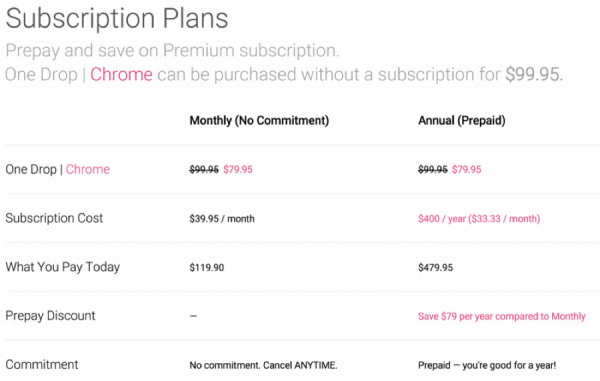 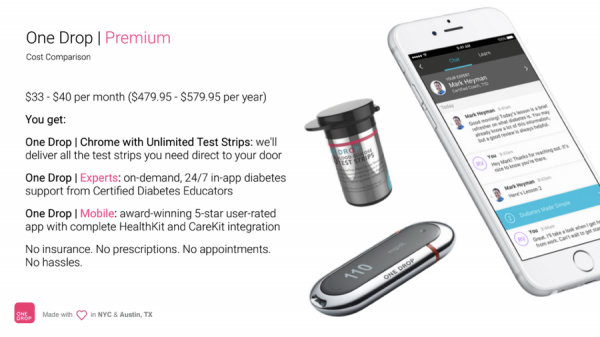 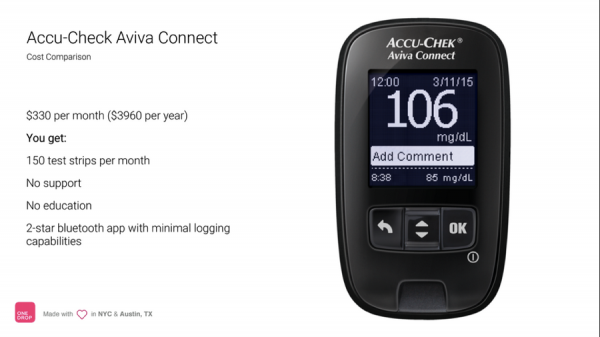 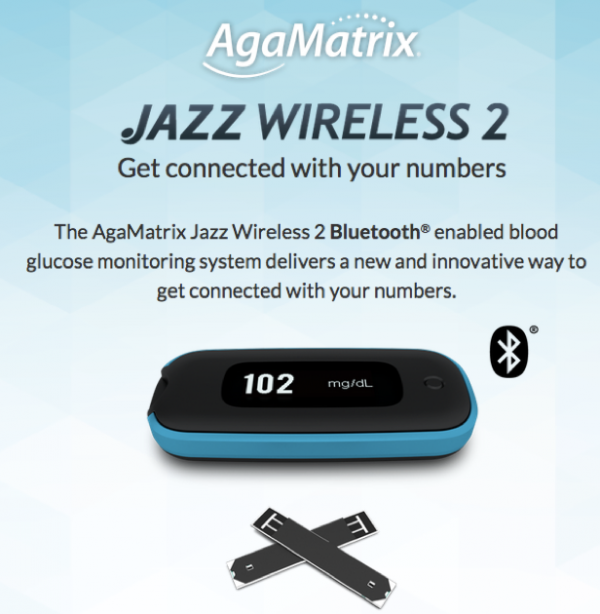 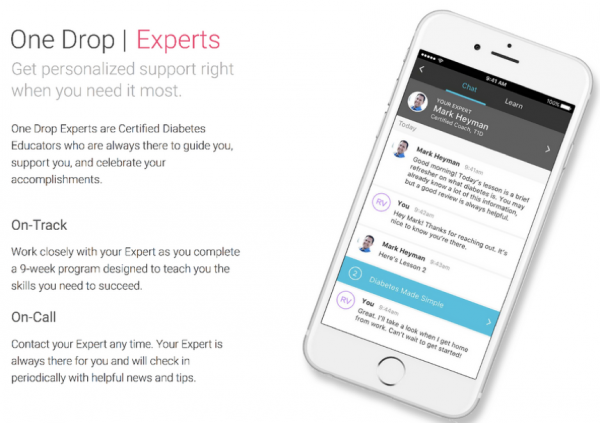 One Drop Mobile and Company Background 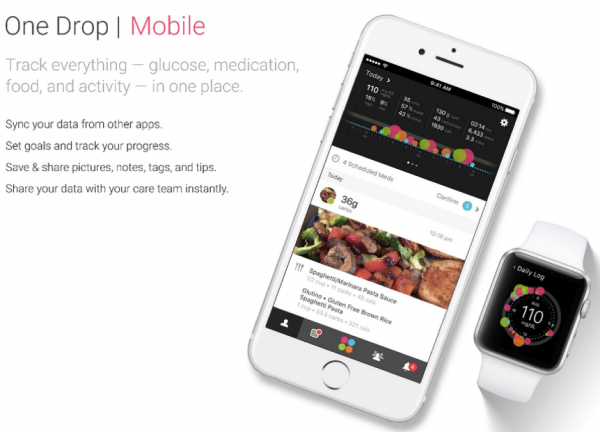 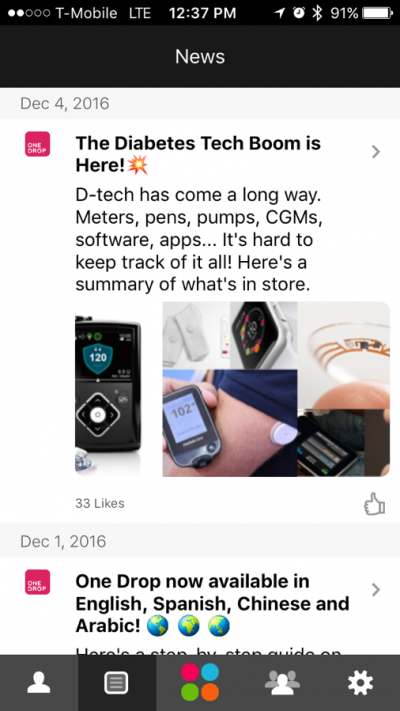 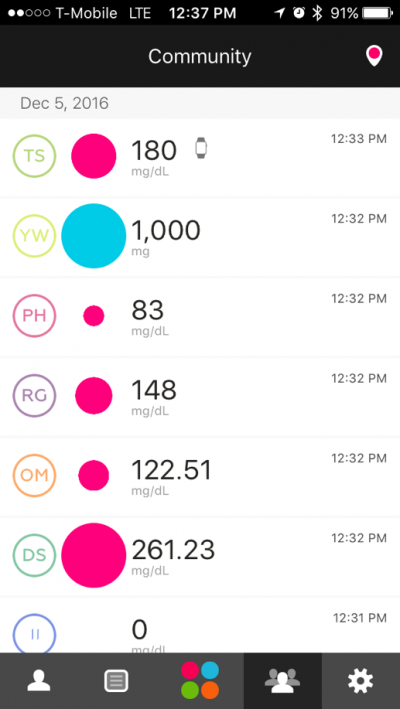 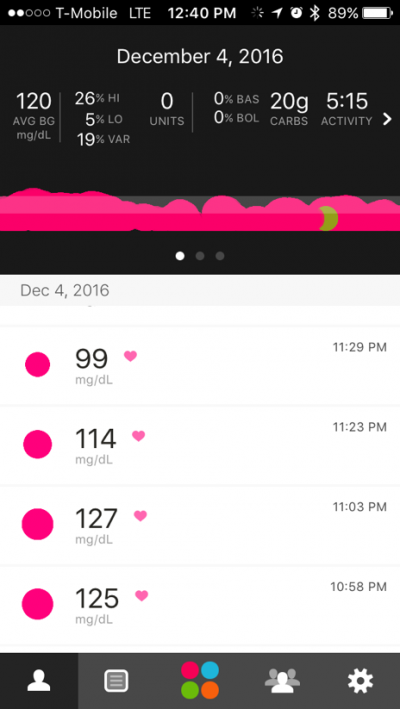 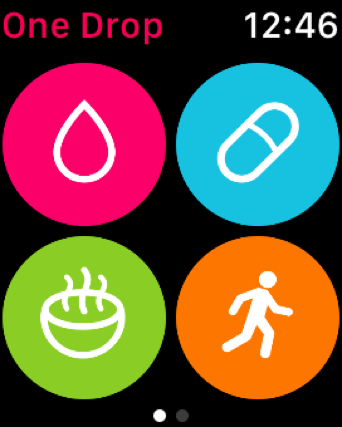 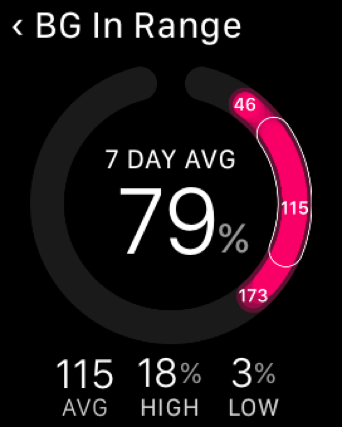 Q: How much pent-up demand is there for an unlimited strips BGM subscription service?

Q: What patient segment will see the most benefit from One Drop Premium – high frequency type 1s? Type 2s desiring coaching? What product feature will be most compelling?

Q: How hard is it to get users to switch off their current meter – will One Drop’s product design and value proposition be compelling enough? Will the company secure relationships with big payers?

Q: Will the app sustain engagement over time? Right now, the One Drop app, though unique in design, puts some burden on users to manually log glucose values, exercise, carbs, and insulin. The company has done an admirable of making this as easy as possible, and certainly, HealthKit integration and the connected meter help. How many drop off and how many sustain use over time?

Q: How scalable is One Drop Experts? How rapidly will CDEs respond to patient questions? How many users can each CDE handle?

Q: How will One Drop evolve the app, including CGM integration and automated insulin delivery?