The announcement characterizes the sensor, based on technology acquired from Bayer/iSense, as having a wear time of “14 days and longer”; “average” of one calibration per day (the EU launch will be one per day, though the WaveForm team tells us it envisions one/two on day one, followed by one per day or potentially one every other day); Bluetooth smartphone communication (no receiver); one glucose measurement per minute; one-hour warm-up time or less; “limited interferences” (e.g., acetaminophen); and “painless” insertion. Management believes factory calibration may be feasible – perhaps in a second-gen product or potentially by the time US approval and launch comes around – and, notably, emphasizes the importance of not rushing simply to satisfy a marketing hope or a claim. We got our last look at the sensor, transmitter, and computer mouse-esque applicator in a poster at DTM (below). The company believes it has a “competitive manufacturing cost profile.” Of course, the bar is enormously high and only rising in CGM – execution will be crucial over the next couple of years. If WaveForm can deliver on this feature set – along with a very small on-body footprint, a great app experience, and ideally a disposable transmitter – it could be competitive in a growing market.

In addition to eight trials in 292 patients conducted by Bayer prior to AgaMatrix’s acquisition, the CGM was tested in four trials in 2017, three of which enrolled a total of 57 participants and were presented at a high level in the press release: (i) MARD of 13.9% vs. YSI with seven-day wear (n=15) – Day 1 in-clinic MARD was 13.7%, Day 4 in-clinic MARD was 14.5%, Day 7 in-clinic MARD was 14.8%; (ii) MARD of 13.3% vs. YSI with 10-day wear (n=15); and (iii) a seven-day head-to-head study demonstrating MARD of 11.1% vs. Dexcom G5’s MARD of 12.2%. The first and second studies were based on earlier versions of sensor manufacturing process and calibration algorithms, hence the improved accuracy in the third study. WaveForm said that the calibration was “not a retro fit” and “essentially what the user would see.” The team added that “the calibration component of the algorithm is applied to the data after the data is downloaded at the end of the study. The only post processing that occurs is calibration.” We did not completely understand the answer and look forward to seeing whether this encouraging data is confirmed in a pivotal and real-world setting. There were no reported safety issues in any of the studies. We found it notable the day one performance was actually better, perhaps because of the low-trauma insertion. These studies did not test 14-plus-day wear, but the next one in the second half of February will.

The company says that the sensor algorithm will be improved in early 2018, and the results of the trials support commencement of a European pivotal study to secure a CE mark and launch in 2018. Discussions are ongoing with several sites in the EU for a pivotal study and more details will be provided in the coming months. Clinical trials to support PMA submission could begin “as early as 2019” – the same rep told us that the plan is to obtain an IDE for the US by the end of 3Q18. Ultimately, the current plan is to work with a partner to commercialize the sensor in the EU, but retain commercial rights in the US and Asia.

WaveForm intends to develop a “vertically integrated AP system” – all components in-house, similar to Medtronic – beginning in 2018. At this stage, the company has identified a pump candidate that it “may” elect to use in an initial clinical study, but is still exploring several “pump/insulin delivery options” – the goal is to ultimately own or have a pump built. On the algorithm front, AgaMatrix has evaluated “several,” and plans to license one, modifying it in the coming months in advance of the first trials. We are a bit surprised that it wasn’t possible for them to purchase Animas, but perhaps they could not meet on price (instead, J&J is writing off the investment). 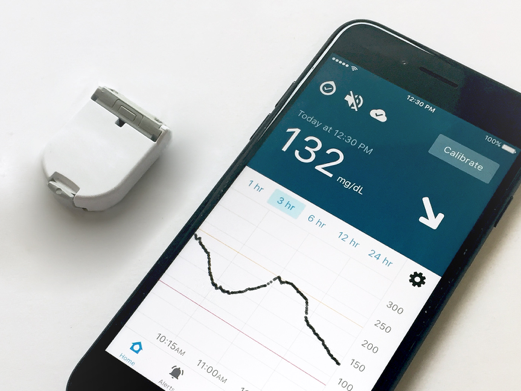 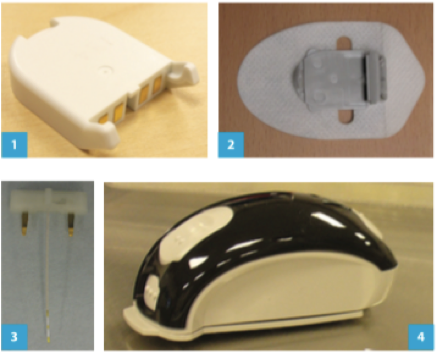 Q: Can you give more details on the studies, especially the Dexcom G5 trial, including: (i) comparator - YSI or BGM?; (ii) prospective calibration for WaveForm? (i.e., this was not a retrofit of the raw sensor signal, but what a patient would see?); and (iii) how often fingerstick calibrations were done?

The Dexcom trial was based on a 10-day protocol, similar to the one described above. On day one there were two WaveForm sensors applied to each subject in the abdominal area. Since the Dexcom sensors are only authorized for 7 days of use, the Dexcom sensor was applied to the abdominal area at the beginning of the in-clinic day 4. The comparison between WaveForm and Dexcom was made based upon the first 7 days of use for both the WaveForm (days 1-7) and Dexcom (day 4-10). The Dexcom sensor was calibrated using two YSI values at the beginning of each in-clinic day. The MARD and MAD calculations of Dexcom sensors were made by pairing sensor values with the most coincident YSI reading. All measures of MARD and MAD were calculated as compared to the YSI plasma glucose values.

Our current product development plan, and clinical data to date, suggest that we would recommend one to two “day-1” calibrations for our CGM device (importantly, with only a one hour “warm up” time), then one calibration every day, or potentially every other day.

We do believe a “factory calibrated” or “no calibration” CGM may be feasible – however, given the clinical importance of obtaining the most accurate and consistent glucose score possible, especially as relates to directing insulin therapy, we wouldn’t intend to rush to a “no calibration” system just to satisfy a marketing hope, or claim.

(iii) With respect to the in-clinic days, no fingerstick calibrations were done with regards to the WaveForm or Dexcom.

A: We believe the technical and clinical data obtained to date supports a plan to launch our sensor with a 14-day wear life. We will conduct a 14-day study in the second half of February that we believe will confirm the performance of our sensor for 14 days. We believe our proprietary sensor design and polymer may provide flexibility for even longer potential sensor life in the future.

We are currently exploring a variety of strategic and financial discussions as relates to the development and commercialization of our CGM and AP product candidates, and given the rapid recent developments and changes in the diabetes technology market, interest in our program from a variety of parties is very high.

We have the capital we need to get to E.U. approval, and look forward to further announcements in the coming months as to our commercial, strategic and capital plans.

Q: When will WaveForm commence the CGM pivotal trial, how large will it be, what sites, and what investigators?

Q: How much will AgaMatrix’s BGM manufacturing expertise help? What makes WaveForm confident it can push this CGM to market, whereas Bayer could not/decided not to? What can AgaMatrix/WaveForm learn from Abbott and Roche, BGM players that have taken different paths to propelling CGM?