Novo Nordisk and Sanofi both announced FDA approvals this afternoon of their fixed-ratio basal insulin/GLP-1 agonist combinations, Xultophy (insulin degludec/liraglutide) and Soliqua (insulin glargine/lixisenatide), respectively. Both combinations have been highly anticipated in the US – the FDA held Advisory Committee meetings for the products back-to-back in May 2016 (see our coverage of the Xultophy meeting and of the Soliqua meeting) and then issued a three-month delay for both before the approvals today (see our coverage of the Xultophy delay and of the Soliqua delay). Now, it seems the products will be neck and neck hitting the commercial market as well – depending on how quickly the companies are prepared to launch the product – and will share “first-to-market” status as fixed-ratio basal insulin/GLP-1 agonist combinations in the US. Race aside, we’re happy to see both of these FDA approvals come through, especially following the three-month delays that could’ve been a bigger deal but turned out to just provide FDA with more time – it’s very understandable that the under-resourced FDA would benefit from this extra time to dot I’s and cross t’s. Phase 3 trials conclusively demonstrated the superior efficacy and milder side-effect profile of a basal insulin/GLP-1 agonist combination vs. either drug alone (these include the DUAL program for Xultophy; LixiLan-O and LixiLan-L for Soliqua). The patient convenience factor of a single injection cannot be understated. Moreover, we’ve noticed tremendous excitement surrounding this particular drug class – discussion of basal insulin/GLP-1 agonist combinations among diabetes thought leaders was a standout theme at EASD 2016 and EASD 2015 – and these are perhaps the most highly-anticipated new therapies in diabetes. We’re excited to see both Xultophy and Soliqua become available to US patients with type 2 diabetes as once-daily injections, and we expect to see real-world outcomes match or exceed the potential demonstrated in phase 3 clinical trials. 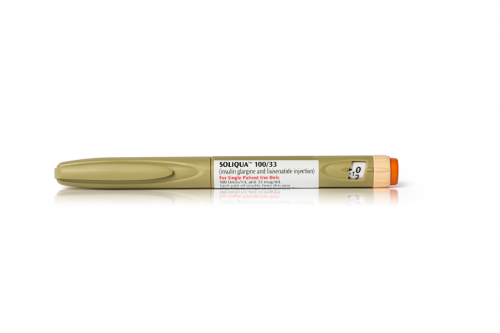 Q: How will the combinations be priced, given that one will include a cheaper basal insulin (Lantus) than the other (Tresiba)?

Q: How will healthcare providers view the different combinations given that one will include a GLP-1 (Victoza) that has cardiovascular risk lowering data associated with it (used individually rather than in combo) and the other currently does not?

Q: What will happen in the US with formulary status?

Q: Will there be patient advocacy growing to ensure patient access to these drugs?