Hello from Paris, where ESC 2019 just wrapped up this morning! What a meeting it’s been – we think the ramifications of this conference will be enormous for cardiology and endocrinology and for cardiometabolic protection in general. As always, it’s been a pleasure to work on translating these important findings for the broader diabetes community. See below for our top four highlights!

1. SGLT-2 Inhibitors in Clinical Cardiology: “The Future is Heart Failure” + Could SGLT-2s Soon Become a Prediabetes Medication As Well?

We gained incredible insight into how clinical cardiologists perceive the future of SGLT-2 inhibitors in their practices at this Lilly/BI-sponsored symposium. It’s certainly a transformative time for the class, following Farxiga’s landmark positive HFrEF outcomes (both with and without diabetes) in DAPA-HF, along with a string of positive CVOT results over the last half-decade. Cardiologist Dr. Nikolaus Marx stated at the end of his presentation, “cardiologists are well positioned to initiate SGLT-2 inhibitors in appropriate patients, but we need to consult the endocrinologists and work together” – we certainly loved this spirit of collaboration and couldn’t agree more (and we would add PCPs and nephrologists to the list too). It’s astonishing how quickly these drugs are being taken up into different sectors of medicine (EMPA-REG results only came out in 2015), and we hope that diabetes continues to be viewed holistically as a cardiometabolic renal condition. The question on our minds? How will these practitioners work together to best provide comprehensive care for patients?

Q: What would you tell your patients who are starting an SGLT-2 inhibitor?

Dr. Marx: I would warn them of the genital infection risk and the sick day protocol for restarting SGLT-2 use.

Q: In the first case study, if the patient had ASCVD, would it be better to use a GLP-1? Based on what the ADA recommends.

Dr. Marx: I tried to refer to the most recent European guidelines which don’t make the distinction between GLP-1s and SLGT-2s. I think at this point, there’s not a difference. Both are recommended as class 1 agents.

Echoing relevant themes from his similar talk on “Belling the Cat” from AHA 2018, the renowned Dr. Mikhail Kosiborod lamented the fact that cardiologists continue to “sit on the sidelines” in regard to prescribing SGLT-2 inhibitors and GLP-1 agonists. Dr. Kosiborod briefly presented prescription data for both of these therapy classes (see below) broken down by specialty, highlighting how minimal prescription rates have been in cardiology. Understandably, the majority of prescriptions for both classes still come from endocrinologists, with major upticks in rates following the emergence of positive CVOT data. Nevertheless, we note that these CVOT data, along with CV indications for specific therapies in both classes, have not appeared to meaningfully budge prescription rates for cardiologists (Dr. Kosiborod explained how the cardiology community sits back and commends the positive data but has not yet fully acted upon these meaningful advances). Will positive results from DAPA-HF move the needle here where other trials have not? We’re a bit hopeful on this front, especially considering the immensely positive reaction to these results that we’ve experienced at ESC 2019 from the cardiology community. Moreover, DAPA-HF showed resoundingly consistent effects in patients with prediabetes and without diabetes, and we would think that this robust effect would speak to the cardiology community more deeply. On this front, Dr. Kosiborod attributed much of cardiologists’ hesitation in using these therapies because of their status as “glucose-lowering therapies” and potential encroachment on the turf of endocrinologists and PCPs. DAPA-HF should go a long way in addressing this first concern, seeing how robust Farxiga’s effect was in completely independent of diabetes status. 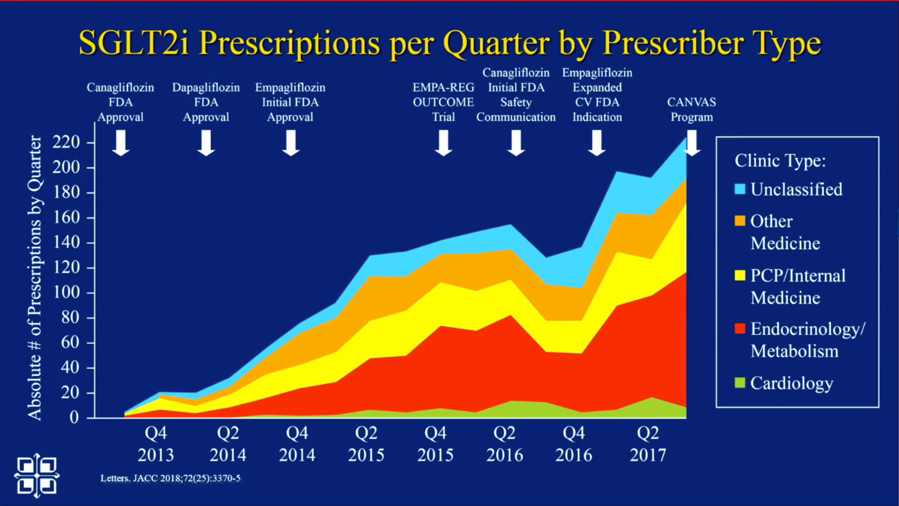 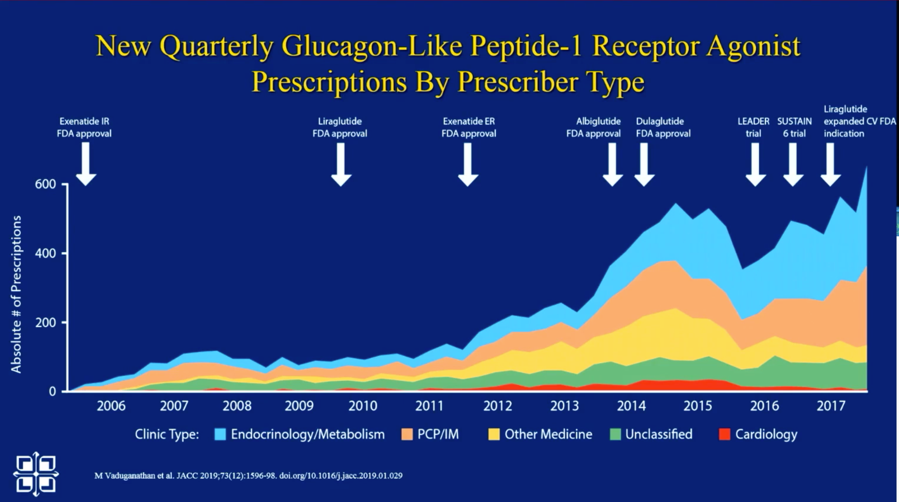 In a broader session on health economics, Harvard’s high-powered Dr. Mandeep Mehra gave a tour-de-force presentation on the US healthcare landscape, pointing out several misconceptions with the system, identifying major sources of inefficiency, and putting forward his path to an improved system. We highly recommend viewing Dr. Mehra’s full presentation and perusing his slides here. It’s always interesting to see how the US healthcare system is described in front of a primarily European audience, and we thought Dr. Mehra fantastically explained the nuances of the US system to this audience. 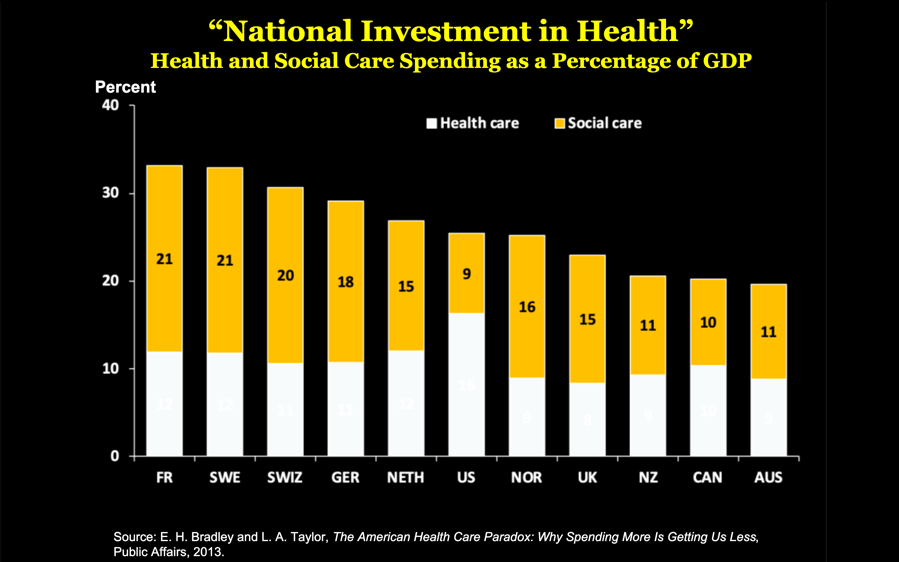 4. Improving CV Risk in Patients with Obesity: A Long-Term Investment

In one of his signature energetic presentations, Dr. Naveed Sattar confidently claimed that he would “bet his mortgage” on weight loss affecting cardiovascular disease risk. He noted, “as a community, we’ve been nihilistic to say, ‘we’ll give [patients] a diet, they won’t follow it, and nothing will change…we need to change the agenda on weight. We need to encourage people to try and fail and try and fail, until they have sustainable changes in their diet.” While he acknowledged that the range of treatments for obesity is growing, Dr. Sattar strongly backed dietary change as the cornerstone of weight loss.