JDRF just announced a new “Industry Discovery and Development Partnership” with South Korea-based EOFlow to develop a “small, light, and wearable” automated insulin delivery (AID) system. The system consists of a miniaturized pump based on the company’s ~13-mm-thick, 18-gram, waterproof EOPatch tubeless patch pump plus an integrated CGM sensor (not named) and an algorithm (not named) that requires “minimal user input.”

EOFlow plans to allot the two-year milestone-based funding (amount not specified) toward development and clinical testing of the system. EOFlow and JDRF hope the proprietary electroosmotic pumping technology, which allows for miniaturization, will tailor the AID system to pediatrics who naturally have limited real estate. Indeed, EOPatch is reportedly lighter than the 25-gram Omnipod, based on this product comparison.

This news was surprising to us, as EOFlow has never been highly confidence-inspiring in EASD exhibit halls. That said, the company recently received approval from Korean regulators for the standalone EOPatch pump. Launch preparations are underway, though it’s unclear when it will actually come out in Korea. Only ~20 people at EOFlow have worn the patch pump with saline water, and clinical studies are expected to start as early as this month (February) at a major hospital in Korea – presumably this would test the pump in people with diabetes.

At EASD 2017, an EOFlow rep projected a 2021 launch for the integrated closed loop system. It’s hard to know if the all-in-one integrated patch can come together in four years, though it’s presumably possible with a proven CGM and algorithm partner – along with outstanding execution on the patch pump design and manufacturing front. EOFlow CEO Mr. Jesse Kim informed us last week that agreements have been signed with “clinically proven” sensor and algorithm companies, to be announced “in a few days.” The rep we spoke to at EASD told us the company anticipates collaborating with Chinese CGM company POCTech for a non-integrated AID launch in late 2018. We hope it collaborates with a more mainstream CGM player going forward.

As noted in the SFC Fluidics coverage, one of the major hurdles to integrated insulin delivery/CGM patches is reconciling increasingly long sensor wear times with ~three-day-wear pumps/sets. JDRF Scientist Dr. Jaime Giraldo mentioned that JDRF is funding projects to address this issue. The team hopes to synchronize sensor and insulin infusion timelines for at least one-week wear, presumably using tactics such as delivery of anti-inflammatory agents, modification of infusion set surfaces, less invasive insertion/cannulas, and beyond. 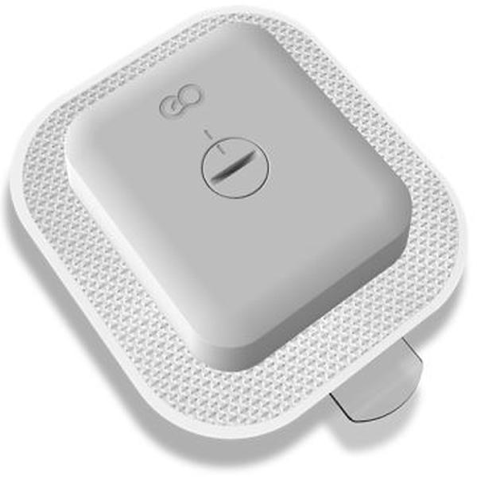 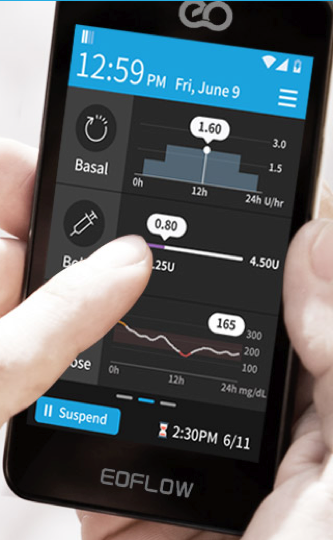