Similar to Dexcom Share, a user must invite a loved one to follow their glucose levels. But unlike Dexcom Share, LibreLinkUp does not allow caregivers to see the glucose graph – only the current value and trend (like a logbook of recent scans). Neither FreeStyle Libre app is available on Android in the US, though we have to imagine those are a big priority.

LibreLinkUp is a key launch for Abbott, given the obvious remote monitoring needs in Medicare and pediatrics. We assume the pediatric indication for FreeStyle Libre is still under FDA review, which would bring FreeStyle Libre’s age indication from 18+ years to 4+ years in the US. Submission occurred at least six months ago – is approval close? We would imagine so but it’s always hard to speculate.

We are also awaiting FDA approval of FreeStyle Libre 2 (with optional high/low alarms via Bluetooth), which was expected in the US “shortly” as of January’s call. It will be interesting to see if Abbott submits for iCGM labeling and how it markets both products in the US. 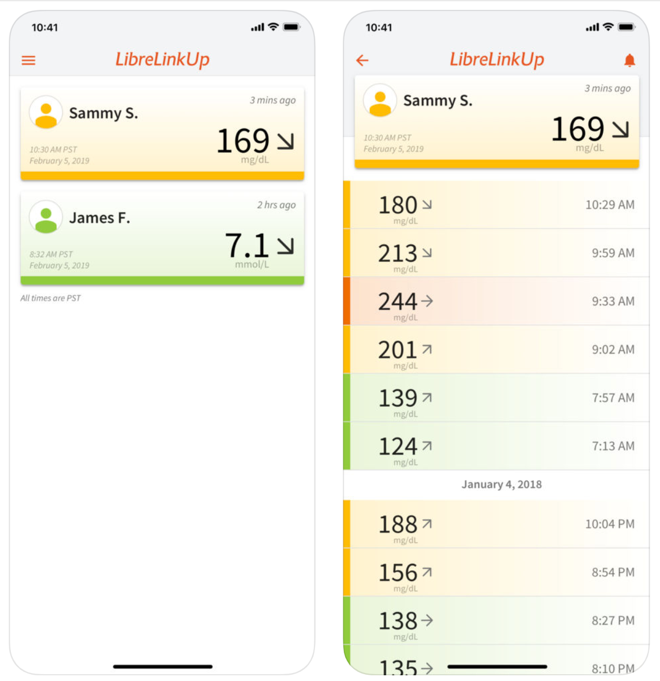