Sanofi gave its 2Q16 update yesterday morning in a call led by CEO Mr. Olivier Brandicourt. The company’s diabetes portfolio faced another challenging quarter in 2Q16, with overall diabetes sales falling 7% year-over-year (YOY) as reported and 3% operationally to €1.9 billion (~$2.1 billion). Management characterized this as relatively optimistic news given Sanofi’s recently-revised financial guidelines forecasting 4%-8% revenue losses each year for the company’s diabetes portfolio through 2018. The continued downward trend of Sanofi’s diabetes portfolio is largely attributable to the fall of flagship Lantus (insulin glargine), down 14% YOY as reported and down 11% operationally to €1.5 billion (~$1.7 billion) in 2Q16. On a more positive note, sales of Sanofi’s next-generation basal insulin Toujeo (U300 insulin glargine) increased 11-fold YOY to €141 million (~$159 million); the drug has maintained solid growth since its launch at the beginning of 2015, and although sequential growth has tapered off somewhat in the past two quarters, we continue to hear very positive patient and HCP reports about it (this is a good example of drugs that are better “in real life” than randomized clinical trials suggest they will be). Sanofi also highlighted the US approval of its GLP-1 agonist lixisenatide under the trade name Adlyxin (Lyxumia outside of the US). Lyxumia’s performance was sluggish, falling 20% YOY as reported (down 10% operationally) to €8 million (~$9 million), though the product will likely experience a boost in revenue following its US launch – the real wait is for iGlarLixi of course, the combo GLP-1/basal. PCSK9 inhibitor Praluent (alirocumab) continued to experience modest growth early in its launch cycle, with sales rising 75% sequentially to €21 million (~$24 million), about the same as Amgen’s Repatha ($27 million in 2Q16). Sanofi emphasized that reimbursement remains a challenge for Praluent uptake, but highlighted several recent wins on the reimbursement front. We’re eager for CVOT results and to see diabetes patients’ breakout.

See below for a product-by-product overview of the highlights from Sanofi’s update, followed by relevant Q&A. 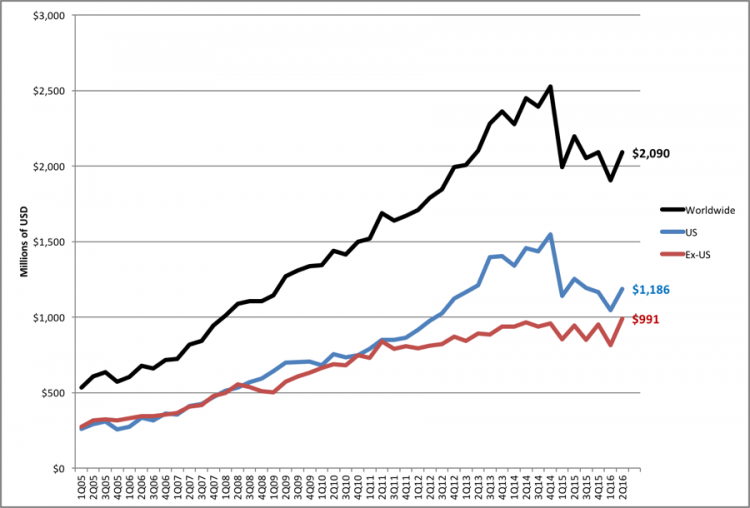 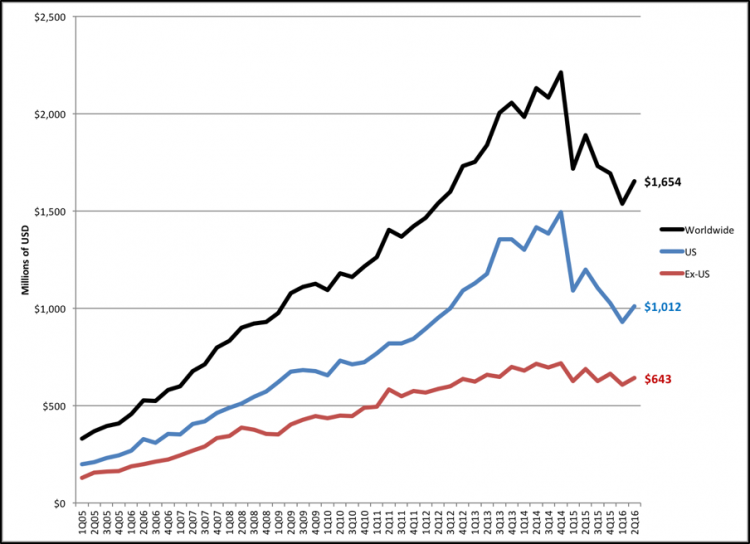 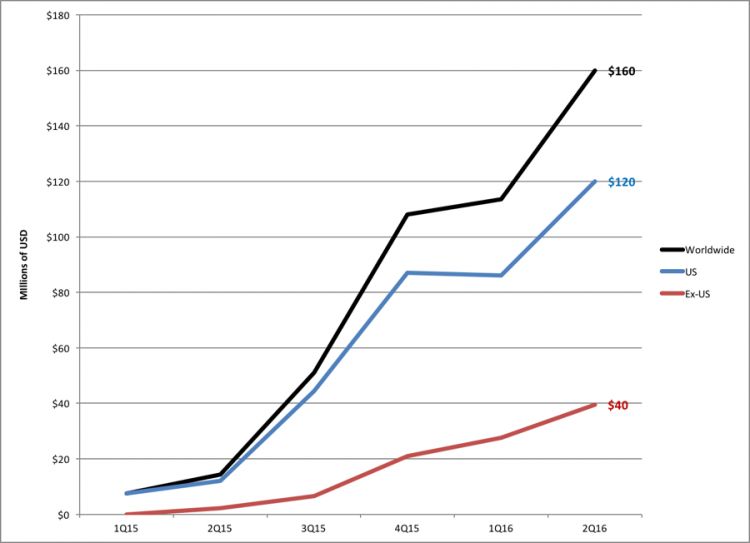 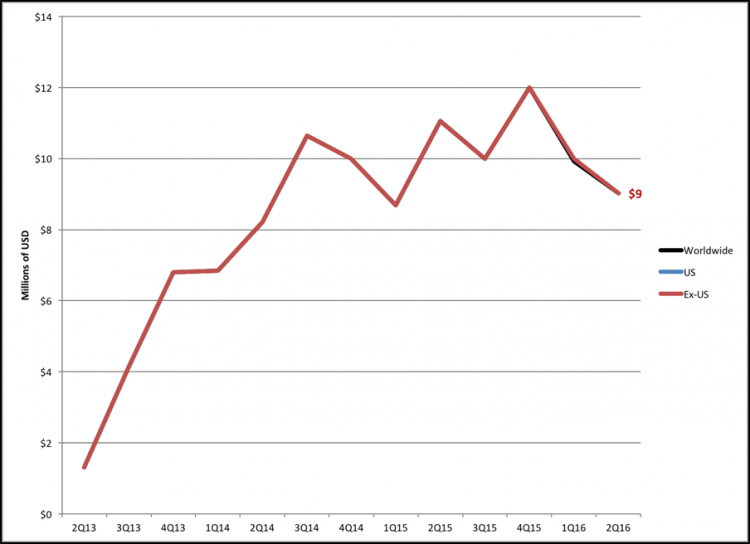 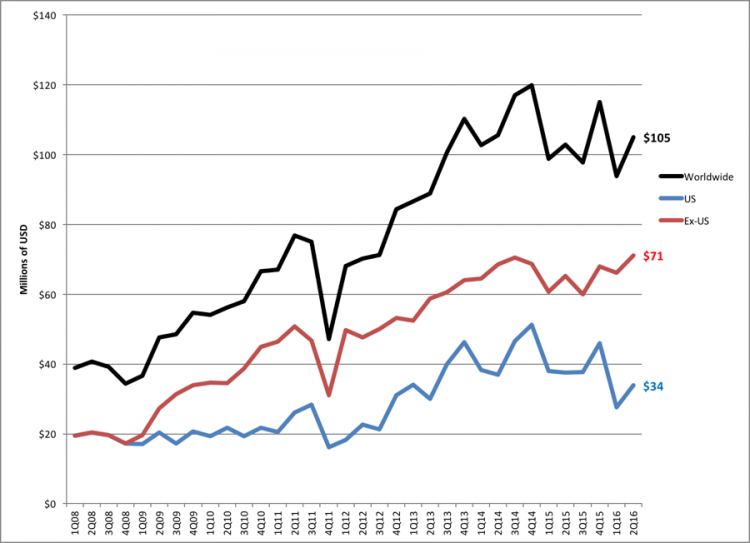 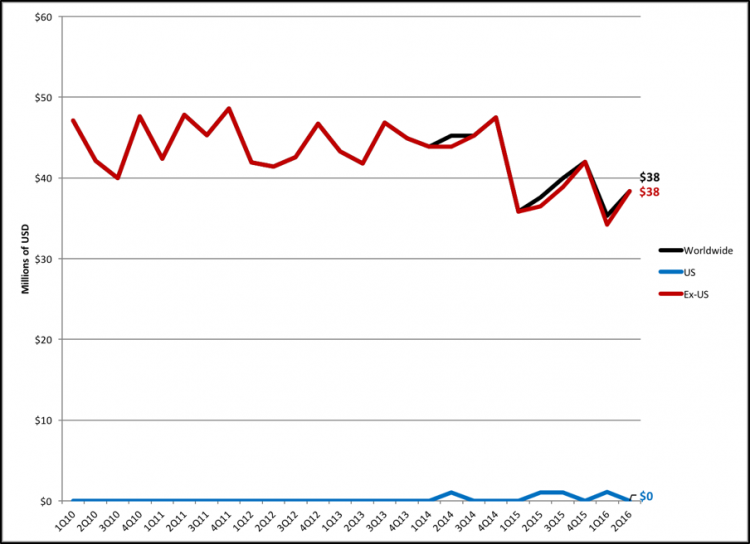 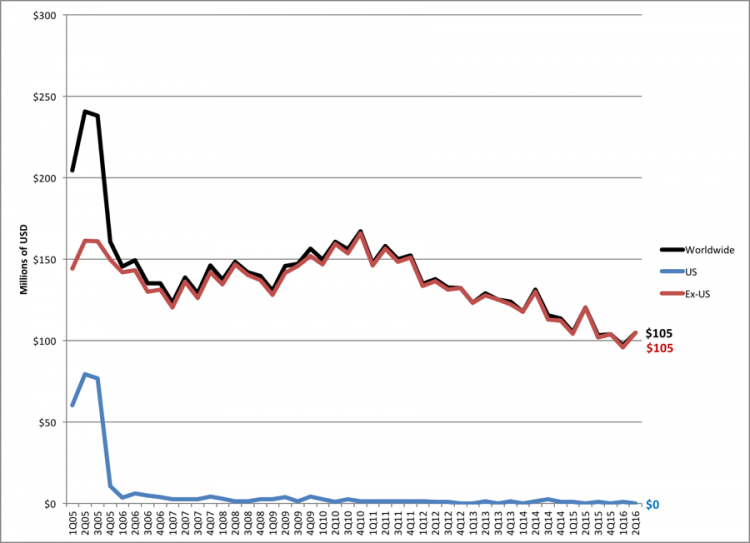 Q: How are you are coping with biosimilars – where and why are they taking share?

A: Our European diabetes franchise is actually doing extremely well. Despite the launch of biosimilars, despite competition with Tresiba, and despite price decreases we had to accept on Lantus, we still have a value growth of 1.2%. In volume growth our franchise of insulin is actually growing at 9%, compared to the basal market’s 6%. The big picture is actually a very decent performance in Europe. If you look at the EU Five, the impact of biosimilars is actually pretty limited – the share conglomerate is only 1.3%. It is true that some central and eastern European countries have reached higher shares of biosimilars. Slovakia is an outlier with 17% market share for biosimilars, but to give you some other numbers, you have 4.6% in the Czech Republic and 5.4% in Poland. The driver of that is primarily copay differences between Lantus and the biosimilar. We are going to revisit our pricing strategy to make sure that we are at level playing field in terms of copay.

Q: Now that you have approval for Praluent in some markets outside of the US, what is the ramp rate? Could you tell us about your initial discussions with the authorities in the regions where Praluent is now approved?

A: We’ve had quite some encouraging news flow in the last couple of weeks and months actually, in terms of international markets. Praluent is now recommended in the UK; the final guidance was issued in June 2016. Germany is working on what they call a group of high-risk patients that could be treated in a so-called ‘economical’ way with a PCSK9 inhibitor, so we are waiting for more precision from Germany on Praluent. We got a negative opinion from the commission in France, so there we have to come back when we have the CVOT study. In Spain we had very good news: Praluent is now on the national reimbursement list there. Finally, in Italy we are looking forward to launching the product in the fourth quarter. In the coming quarters we expect to have a steady flow of mid-sized countries in Europe where we crack one after one in terms of reimbursement. Last but not least we have the approval in Japan.

Q: How much visibility do you have on your contracts for 2017?

A: We have responded to the bids and the contract documents are pending with regards to all major payers. We would describe these discussions as relatively intense, but we should have more visibility by the third quarter earnings call. We anticipate, of course, a net price erosion, but this is baked into our financial guidance.

Q: For Praluent, could you give a bit more detail around the reduced step edit through the US payers that you referred to? What is the percentage of covered lives that that's affecting? To what extent will outcomes data at the end of the year help with contracting for 2017 (or 2018 if it comes late)?

A: If you look at the population that is eligible for a PCSK9 inhibitor, only very few patients today are treated with statins and Zetia. So actually the step edit on Zetia is severely hampering the population. To give you an idea, the number of patients of the eligible population having received an endostatin and Zetia is only 4-5%. In some step edits it’s only 1% of the population. As you can imagine, getting rid of that Zetia step edit, progressively, is an absolutely key focus of our discussions. On CVOT outcomes, we hope that it will be major medical news that could help in negotiations. We do not want to wait for another 12 months for the patients to get the benefit of such a major event.

Q: Given the changing dynamics of the US basal insulin market, do investors need to start thinking about incumbents potentially seeking exclusivity going forward?

A: This is, of course, very difficult to predict. We cannot rule out that a few payers will seek exclusive access for 2017. By the way, this phenomenon is also assumed in our growth guidance. If you look at the overall patient pool, Lantus is so big that I wouldn’t imagine that there will be massive contracting for exclusivity; literally 100,000 of patients would need to be switched.

Q: You have an interesting commercial opportunity with LixiLan. But I also want to understand how the commercial performance of Lyxumia is outside of the US. Are you going to be putting all your eggs behind the LixiLan product versus the monotherapy?

A: When we launched Lyxumia in Europe unfortunately we didn't get it through reimbursement Germany and France, but markets where it did have reimbursement we easily gained between 10- 20% market share. In most cases Lyxumia wasn't prescribed on top of Lantus. To us this was proof-of-concept from a messaging standpoint and from a clinical practice standpoint that LixiLan itself is actually responding to an unmet medical need. We are pretty excited about this opportunity and looking forward to the launch.

Q: Most doctors we speak to think that a minimum benefit of 20% is necessary for the PCSK9 inhibitor to really see a meaningful inflection in use. Is there any reason why that 20% threshold might not be achieved at the interim but perhaps could be achieved at the final analysis?

A: You have to realize that studies have to be event-driven so it is hard to speculate the timeline. There is no question that a 20% hazard ratio over the interim analysis gives us a higher likelihood of having an interim that's positive, but that is not going to be determined by me. It's going to be determined by the independent board and we would like to see the outcome measuring every single component of the MACE and index, so we can be very, very sure if we have efficacy. If we have overwhelming efficacy in the interim it will be solid evidence for the medical field to make PCSK-9 a major alternative for patients who cannot respond to maximally tolerated standards.