Yesterday, full results from Tandem/Dexcom’s Control-IQ pivotal were published in NEJM – a prestigious publication win for automated insulin delivery and a lightning quick turnaround after the six-month pivotal trial data read out at ADA 2019. Tandem’s press release confirmed plans to launch the system in the US this year, pending FDA approval (submitted mid-summer). Kudos to NIH for funding this study (the first large-scale, six-month AID trial with a control group), Tandem/Dexcom for creating a highly usable and effective product (+2.6 hours/day in-range, 90%+ time in closed loop, no fingersticks), the investigators for 100% study retention (!), and NEJM for recognizing the clinical importance.

There were no surprises on the adverse effect front, as reported at ADA. Control-IQ also achieved near-perfect scores on user surveys: ease of use was 4.7/5, usefulness was 4.6/5, trust was 4.5/5, and desire to continue using was an impressive 4.8/5. Every single participant also completed the entire study and Control-IQ users spent a remarkable 92% with closed loop active. 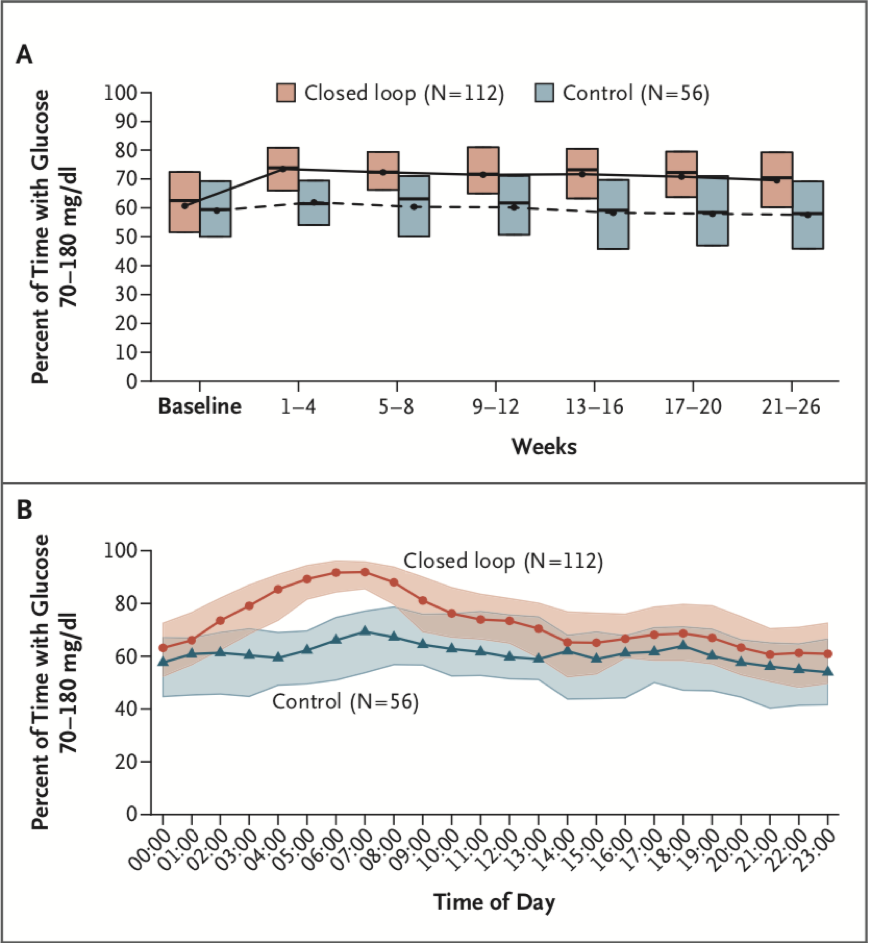