Today, Roche and Diabeloop announced that Roche’s Accu-Chek Insight pump has now been integrated with Diabeloop’s DBLG1 AID algorithm. This comes just two months after Roche and Diabeloop announced their partnership in December 2020, when the companies offered limited details on the system. According to today’s announcement, the combined Accu-Chek Insight + DBLG1 system will launch in Germany, Italy, Spain, Switzerland, and the Netherlands starting in “early 2021.” Over email, Roche confirmed with us that Dexcom G6 will be the CGM used in the hybrid closed loop system at launch.

Roche’s Accu-Chek Insight pump, which has been available in Europe since 2014, uses pre-filled NovoRapid PumpCart cartridges and allows users to set “very low” basal rates (down to 0.2 U/hour). This AID integration with Diabeloop will make Accu-Chek Insight the first pump with a pre-filled cartridge that is a part of a hybrid closed loop system, potentially a differentiator for some patients. The AID market in Europe is increasingly competitive with Medtronic’s MiniMed 780G already launched in 26 OUS markets and Tandem aiming to launch in 25 geographies by the end of 2021. The Diabeloop algorithm has predictive low-glucose suspend, basal rate adjustment automation, and automatic correction bolus features and is housed in a locked-down handset. Thus far, the algorithm has launched in a limited launch in France as part of an AID system with the Kaleido patch pump and Dexcom G6. For Diabeloop, the development and launch of a Roche-integrated system will allow Diabeloop to leverage Roche Diabetes’s sizable commercialization and coverage infrastructure in Europe, allowing it to potentially more efficiently enter European markets. With both the Accu-Chek Insight pump and DBLG1 AID algorithm already CE-Marked (in 2014 and in 2018, respectively), the companies can move straight into integrating their products and launching in Europe. 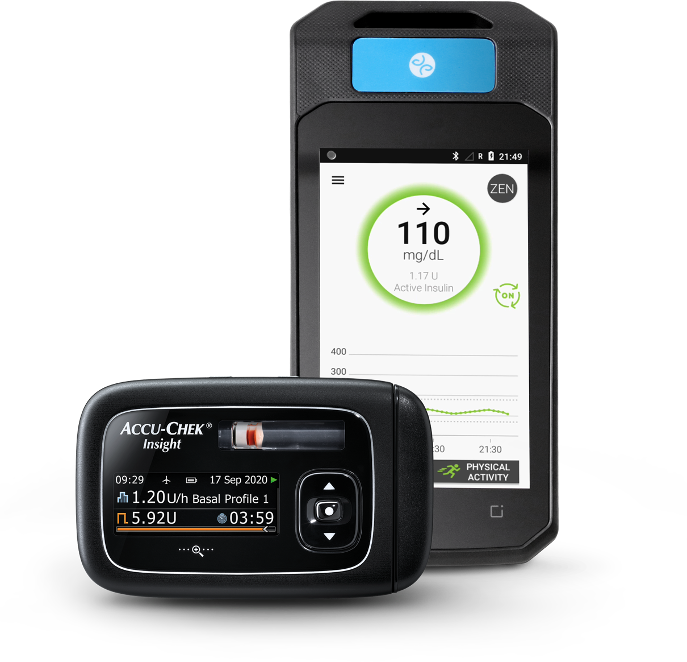