A new joint consensus document from the ADA and EASD (Diabetes Care; Diabetologia) calls for “a paradigm shift” to more patient-centered care for type 2 diabetes. This document is an update to the associations’ 2015 position statement. We see these new recommendations as critical in multiple respects and missing in a couple of other ways - we hope, always, that health care providers in the US and Europe will be supported as they move to use them for patients of all kinds. The session at EASD – over 1500 people! – just finished and we’re excited to discuss this monumental milestone.

Presented Friday at EASD 2018 in Berlin (in a very well-attended session!), this ADA/EASD consensus report draws on 479 papers published over the past four years to develop strategies for health care providers in treating diabetes. See the ADA’s Standard of Care, where there has already been an update from these guidelines – this is the first time that the guidelines are a “living document” where important events are updated real-time.

That these recommendations are explicitly emphasizing patient-centricity is a major positive. Patient preferences are fundamentally factored into treatment decisions; additionally, different adherence rates with various medications – and the impact that can have on outcomes – is a prominent factor to consider. Cost has also become, in our observation, a much bigger point of concern.

We also perceived a strong focus of “closing the loop” per se; Dr. Cefalu described how patient-centered care is an ongoing cycle (below) in expressing his approval of the statement’s recommendations. The repetition is key: The report suggests patient and provider should work on a new plan at least twice a year, in order to better match evolving treatment needs. Although we’d like to see a bigger technology orientation to help patients better guide themselves, we are grateful to EASD and ADA for working together on this plan. 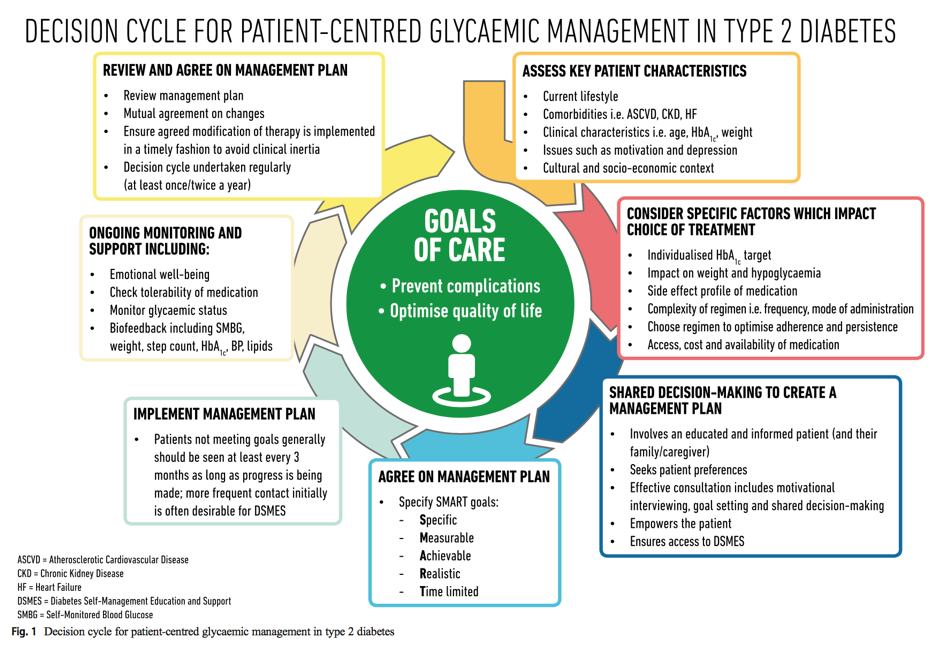 Additionally, we find this report to be a truly remarkable example of collaboration. We love that two major organizations put this together very collaboratively, were receptive to review from the entire diabetes community, and received input over multiple months from a multitude of stakeholders. This included invitations to 50 reviewers and 870 comments from the public sent to the ADA alone! As detailed below, some truly meaningful revisions have taken place since presentation of the draft statement at ADA 2018 – it’s clear the committee took feedback very seriously. 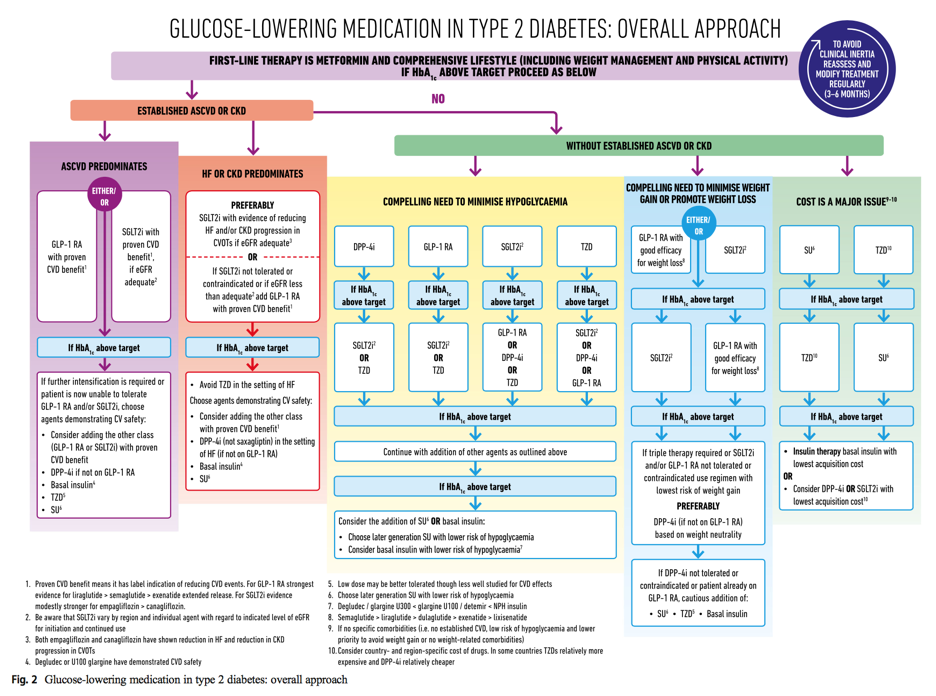 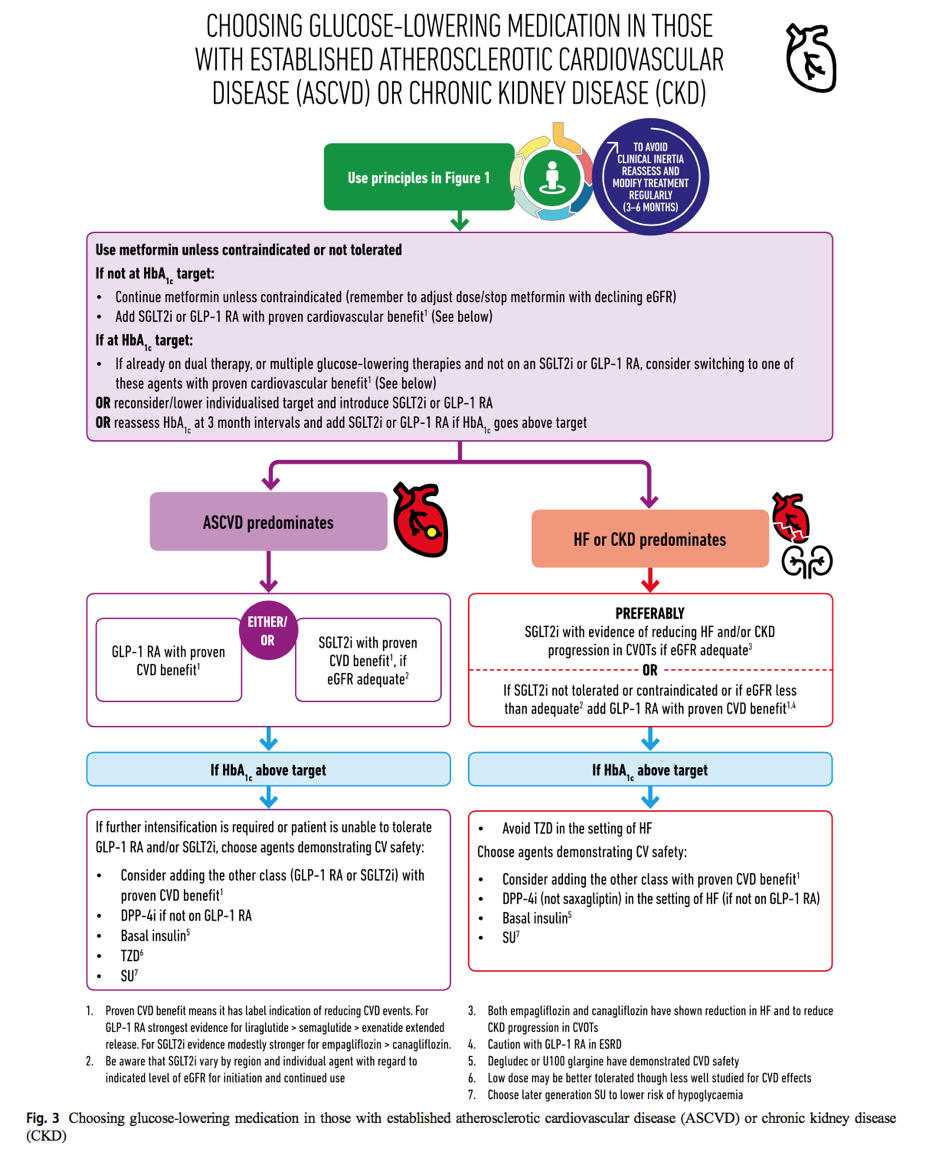 This report was published October 4th and expanded October 5th.