Today, Abbott announced the launch of LibreLink in Sweden, a free Android app for scanning FreeStyle Libre sensors, eliminating the requirement for the separate touchscreen reader. There is no official press release and we cannot find LibreLink on the Google Play store, but a fact sheet, quick start guide, and user manual include pictures and instructions (see some below), and Abbott told us the app is available today in Sweden. Further EU launches are planned for 2016, including France, Germany, Netherlands, Italy, Spain, and UK. An iPhone version is in the works.

The LibreLink app functions just like the FreeStyle Libre reader. Once it is installed on an Android phone with NFC, a user can start a sensor and obtain real-time glucose information by briefly holding the back of the phone near the sensor. The phone then immediately shows the current glucose reading, trend arrow, and eight-hour history. The app doesn’t have to be open to initiate the scan process, though the phone must be unlocked. The sensor can only link with one device, so users must decide whether they want to use the reader or the app. LibreLink maintains the excellent report features from the FreeStyle Libre reader, though adds color and allows users to email reports right from the phone!

LibreLink is CE-marked and tackles a clear market demand – Glimp, an unauthorized Android app for reading FreeStyle Libre sensors, has been downloaded in the range of ~1,000-5,000 times (according to Google Play), with fairly good reviews (4/5 stars, n=85). What is scary about Glimp is the provided glucose results differ from the reader slightly. LibreLink brings an approved product to market in a far better user interface. Notably, AirStrip Technologies developed, maintained, and is providing LibreLink – we salute Abbott for partnering outside its walls to bring this important software innovation to market. And given the hassle of frequent software updates, Abbott is brilliant to have outsourced the maintenance.

Another advantage of LibreLink is that it’s free, eliminating the startup 59.95 euro ($64) cost of the touchscreen reader. That Abbott can continue to drop the cost of this device is remarkable indeed, and a compelling point of differentiation from CGM. 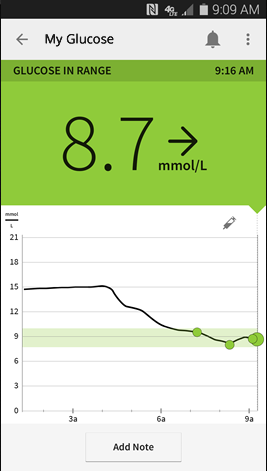 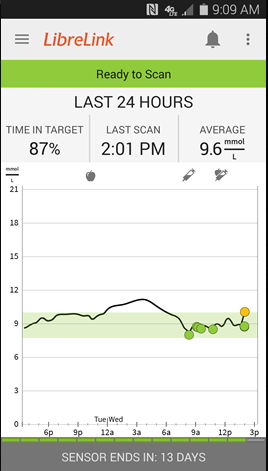 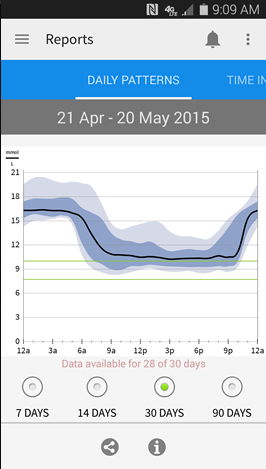 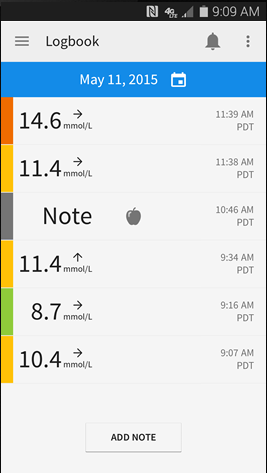 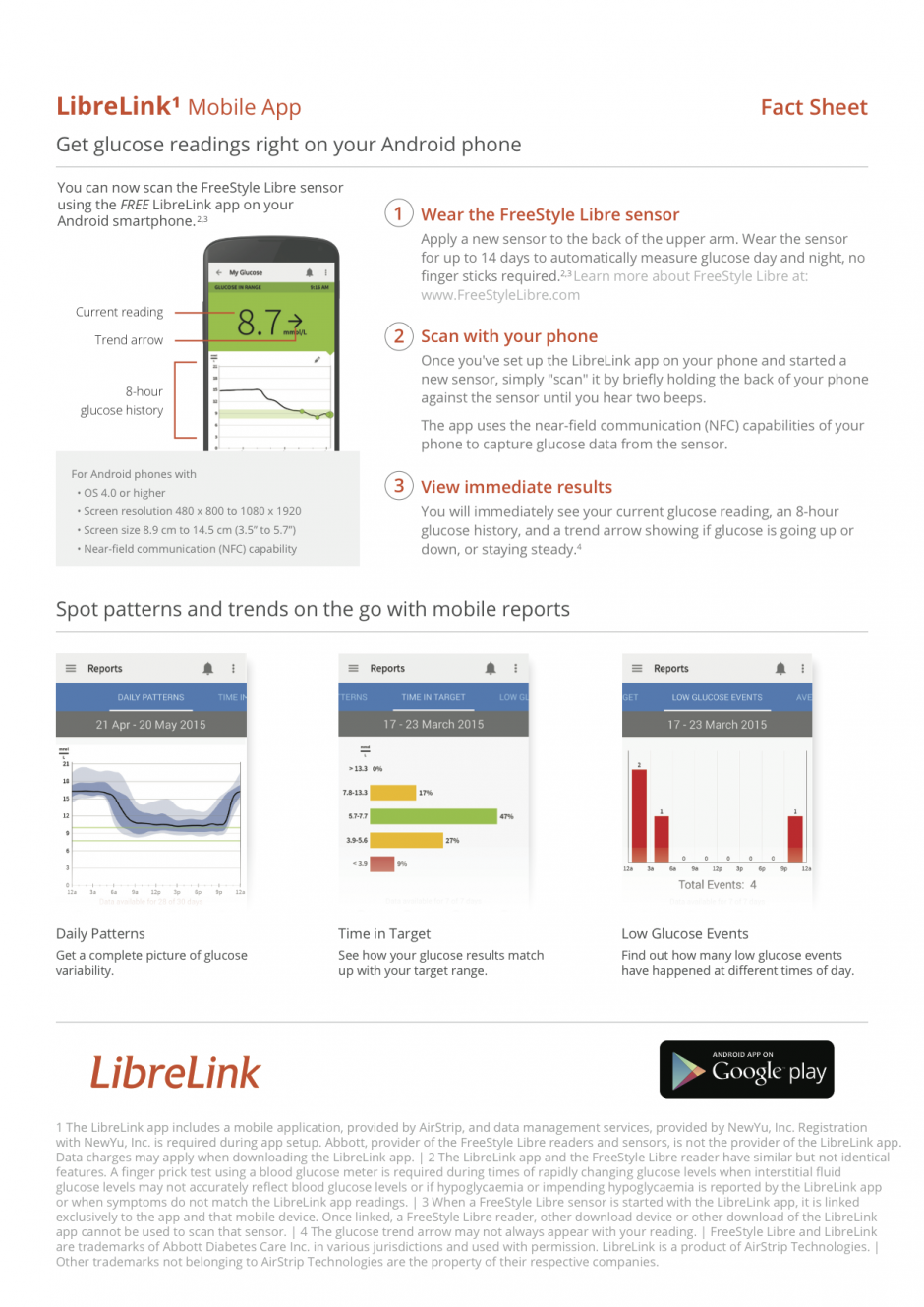