Early this morning, Abbott announced that its in-house-developed FreeStyle LibreLink app, which allows users to scan and retrieve data from a FreeStyle Libre sensor using their smartphone (via NFC), is now available for Apple iPhone 7 and later, in addition to Android.

At launch, FreeStyle LibreLink (both Android and iOS) are available in 12 EU countries: Austria, Belgium, Finland, France, Germany, Ireland, Italy, Spain, Sweden, Netherlands, Switzerland and the UK. An impressive 26 languages are supported. On the German iOS App Store, we located FreeStyle LibreLink (pictures below), which already has an impressive 70 reviews, 4/5 stars, and comments to the tune of “Finally, after a very long wait...” The user experience looks very strong –  watch the nicely marketed 44-second video here.

Initially, “LibreLink” launched only on Android over two years ago in Europe, in partnership with AirStrip technologies. Today’s launch (i) adds the ability to scan FreeStyle Libre with an iPhone; and (ii) replaces the AirStrip-developed LibreLink Android app with Abbott’s own in-house-developed “FreeStyle LibreLink” app (on both iOS and Android). Support for the AirStrip-developed app will be discontinued this year, meaning current LibreLink users will need to switch over to Abbott’s FreeStyle LibreLink app. Notably, this launch comes just five months after NFC capabilities were made possible with the iOS 11 update – quite fast.

This move shows Abbott has developed internal capacity on the mobile OS front, and also marks an important competitive launch for FreeStyle Libre – bringing its smartphone compatibility on par with Dexcom’s G5 (Android + iOS) and ahead of Medtronic’s Guardian Connect (iOS only).

According to Apple Insider, which alerted us to the news yesterday, FreeStyle LibreLink is the first third-party app to access the iPhone’s NFC, previously limited to Apple Pay – if that is true, it also shows Abbott has quite a tight relationship with Apple, something we previously were not aware of.

To scan a sensor with the iPhone’s NFC, the FreeStyle LibreLink app must be open on screen, meaning it cannot be used from the iPhone lock screen like Apple Pay. (Could this be modified in a future version of the app to further improve convenience?) Like the Android version, FreeStyle LibreLink iPhone users can toggle between scanning with the phone app and the handheld reader – the only caveat is the sensor must be started with the reader to enable toggling between the handheld and phone app. The FreeStyle LibreLink app and the reader do not communicate with each other, so in order to get a complete picture of daily glucose on a device, that sensor must be scanned every eight hours.

FreeStyle LibreLink has also added a new text-to-speech capability for glucose readings (great for those with impaired vision) and the ability to log smaller doses of insulin (0.1 unit versus 0.5 units). The LibreLinkUp follower app for remote monitoring is also available in 12 EU countries, as is the LibreView data management system that enables cloud sharing with providers.

We wonder how big an impact this important launch will have on the rapidly-increasing FreeStyle Libre user base (~450,000 users), if any. How many iPhone-using patients who would’ve otherwise used Libre considered lack of iPhone compatibility to be a non-negotiable shortcoming? Obviously the current clip of ~50,000 users added per quarter (see 4Q17) in Europe is quite impressive, but could rise incrementally with this launch. According to statcounter, Android dominates the mobile market in Europe with ~69% market share, beating out iOS’ ~29%. It would be interesting to track the Android-iOS split among Libre users moving forward as a proxy for how important smartphone compatibility is.

Abbott does aim to bring the FreeStyle LibreLink app outside of Europe, but there is no official submission/launch timing to report. We’re not sure if Abbott has filed FreeStyle LibreLink (either for Android or iOS) with the FDA, but presumably this is a high competitive priority vis-a-vis Dexcom’s G5 in the US. The US population is split more evenly – ~53% iOS users vs. ~46% Android users, so iPhone compatibility would be more meaningful stateside. Since FreeStyle Libre is now FDA-approved and in pharmacies, reimbursed by Medicare, and involved in a pediatric trial, we’d assume LibreLink is a high regulatory priority. We also wonder how Abbott will handle Medicare’s unfortunate restriction on use of the phone as a display device if and when LibreLink is approved by FDA – hopefully CMS will come to its senses and realize that this non-coverage policy is actually putting people in harm’s way.

Achieving iPhone NFC access is a big step for Abbott, showing its commitment to connectivity, mobile compatibility, and its relationship with Apple. We had previously assumed Abbott would have to build Bluetooth into the Libre sensor for Apple compatibility – we’d guess Bluetooth will instead be saved for the continuous communication version of FreeStyle Libre (to be used in Bigfoot’s planned pivotal trial for Loop this year). The obvious downside to NFC is it requires the manual scan, which likely precludes a watch app until Bluetooth is available. Dexcom is a bit ahead on this front, as it reportedly has direct-to-Apple Watch communication under FDA review, current Watch apps on Android and iOS, and Fitbit Ionic integration coming this year. 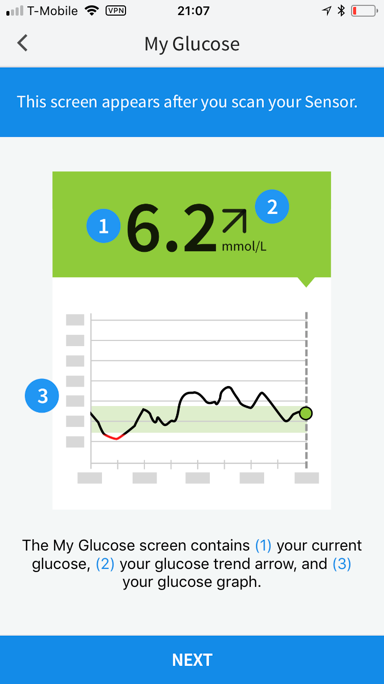 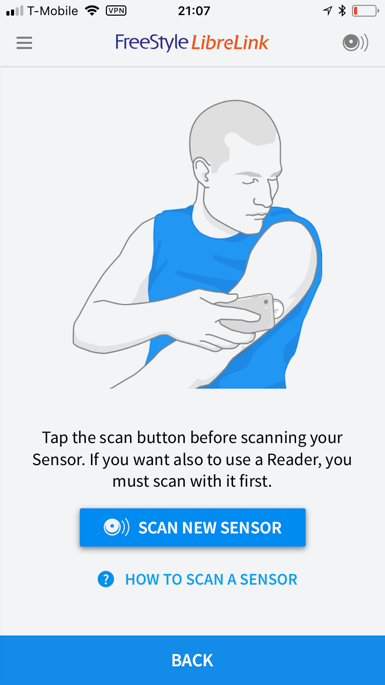 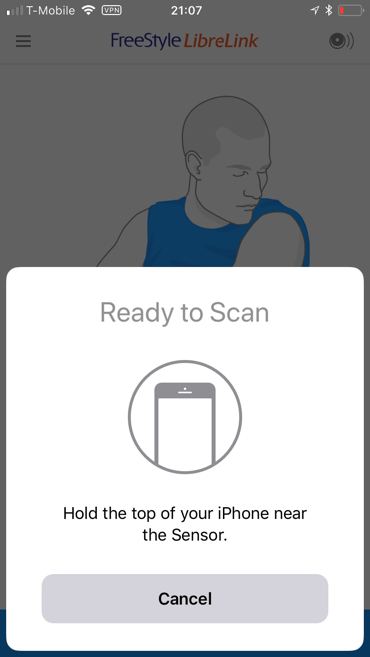 Q: How difficult was it to gain access to the iPhone’s NFC? How long were conversations going on before Apple decided to allow it? Will there now be a tsunami of NFC-leveraging apps on the App Store?

Q: Has LibreLink been filed with FDA? If so, when will it be cleared?

Q: How big of a barrier was a lack of iPhone compatibility? i.e., How will Libre demand change now that Link is available on iOS?

Q: What is Abbott’s plan smart watches? In the future, could users possibly scan via NFC with a Watch, or will this be saved for Bluetooth?

Q: What is the status of the continuous communication version of FreeStyle Libre? Wil lit hit the timing to enter a 2018 pivotal with Bigfoot’s Loop? Will it use Bluetooth? Will Abbott launch it as a standalone CGM outside of Bigfoot’s offerings?