An excited crowd gathered at the Grand Staircase of the Massachusetts State House yesterday to present the “Screen at 23” resolution, which encourages HCPs to screen Asian Americans for prediabetes and diabetes at a lower BMI threshold – 23 kg/m2 vs. 25 kg/m2 for other adults.

Legislators from the Massachusetts State Senate and House have voted to pass this resolution as a result of the national "Screen at 23" campaign, led by Joslin Diabetes Center’s Asian American Diabetes Initiative (AADI) along with other diabetes organizations. Screening this particular patient population at 23 kg/m2 is already recommended by the ADA (this first appeared in the 2015 Standards of Care and it continues in the 2018 edition), but having policy support behind it will be a major public health service. As this practice takes root among public and private HCPs in Massachusetts, 6,000 additional cases of type 2 diabetes and 20,000 additional cases of prediabetes could be diagnosed, allowing for earlier intervention and more preventative care.

Close Concerns alum Ms. Lisa Rotenstein attended the gathering live, where speakers noted that while everyone knows diabetes is an epidemic, it’s largely unrecognized in the Asian American Community. In Massachusetts alone, there are 460,000 Asian Americans; 50,000 have diabetes, but only 50% are diagnosed. “Screen at 23” could change the tide meaningfully.

Speakers also emphasized the need for stronger education of Asian American individuals and their healthcare providers when it comes to identifying prediabetes and diabetes risk. The aim of this new resolution is to enhance awareness.

In a notable appearance, ADA’s Chief Scientific, Medical, and Mission Officer Dr. Will Cefalu attended this announcement at the State House. It’s great to see ADA showing support for this sort of policy change – the potential for real-world impact for people with diabetes in the US is tremendous. Massachusetts joins California and Hawaii in recognizing the 23 kg/m2 BMI cutoff for Asian Americans. Who will be next? This should be a component of best practice in all 50 states, and hopefully there will be near-term momentum to adopt similar resolutions in areas with high Asian American populations. How will PCPs be trained, how will their awareness grow? 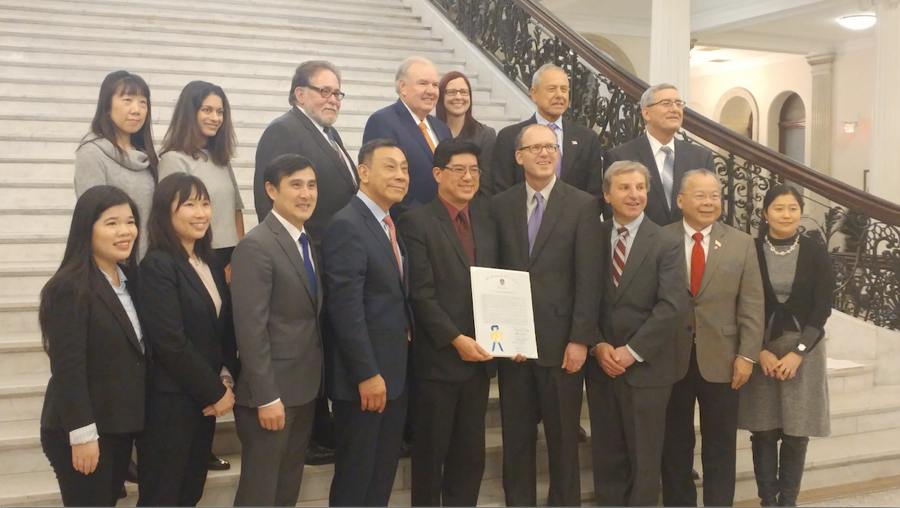