Notably, CGM received the highest grade in the guideline  - a “1” recommendation with “high quality” evidence – and is recommended in adults with type 1 diabetes regardless of A1c level. Yes! We loved the strong first line of the Endocrine Society press release, which calls for CGM “as the gold standard of care for adults with type 1 diabetes.” The Guideline does it make it clear, of course, that patients must be “willing and able” to use CGM and wear it nearly daily.

Notably, evidence for pumps over MDI was ranked a bit lower than CGM (a “1” but with “moderate” and “low quality” evidence), though it also received a very broad recommendation: adults with type 1 who are not at A1c goal; those experiencing severe hypoglycemia or high glycemic variability; and patients desiring greater flexibility. We were surprised, however, to see how much of the evidence for pumps is either weak or low quality.

The Guideline “suggests” use of pumps and intermittent CGM in type 2 diabetes, though the evidence is rated much weaker (“low quality”). We hope this improves as CGM and pumps become ready for prime time in type 2 – to date they have not been easy enough to use or reimbursed well enough. Of course, studies are also sorely lacking in this population.

The Guideline explicitly excludes FreeStyle Libre (“does not provide true CGM in terms of providing alerts”) and does not include results from Dexcom’s DIaMonD study testing CGM in MDIs (presented at ADA, but awaiting publication). DIaMonD is mentioned in two places in the article, which the authors argue will provide “conclusive” evidence on the benefits of CGM in MDIs (both type 1 and type 2). As a reminder, only type 1 data was presented at ADA.

Notably, the Guideline is jointly endorsed by AADE, the European Society for Endocrinology, and AACC. We hope this paper bodes well for private and public payer coverage of CGM, which must get better if this market has any chance of expanding dramatically. Though many cite 95%+ private payer coverage of CGM in the US, we continue to hear CGM is too expensive or too hard to access for many people with diabetes. 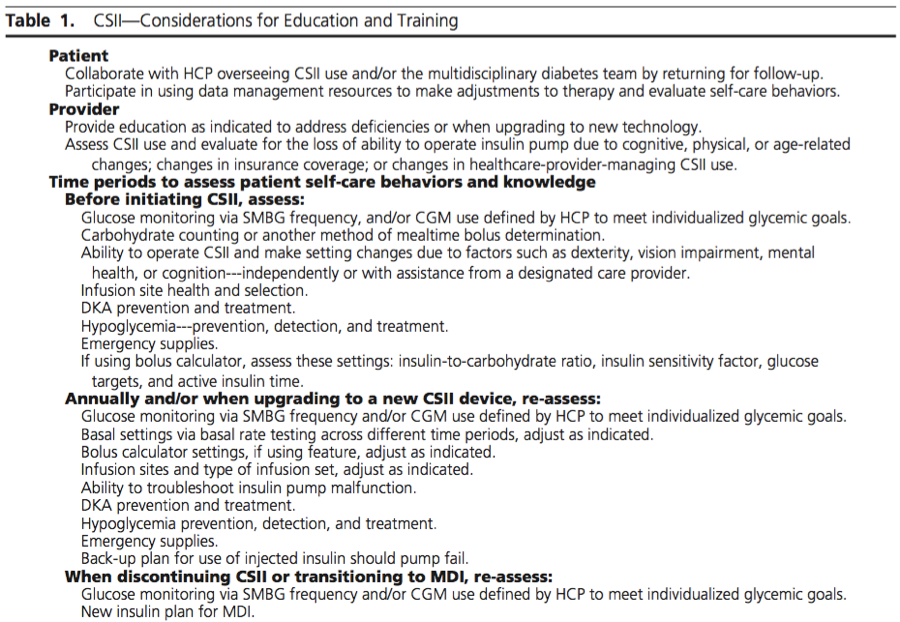 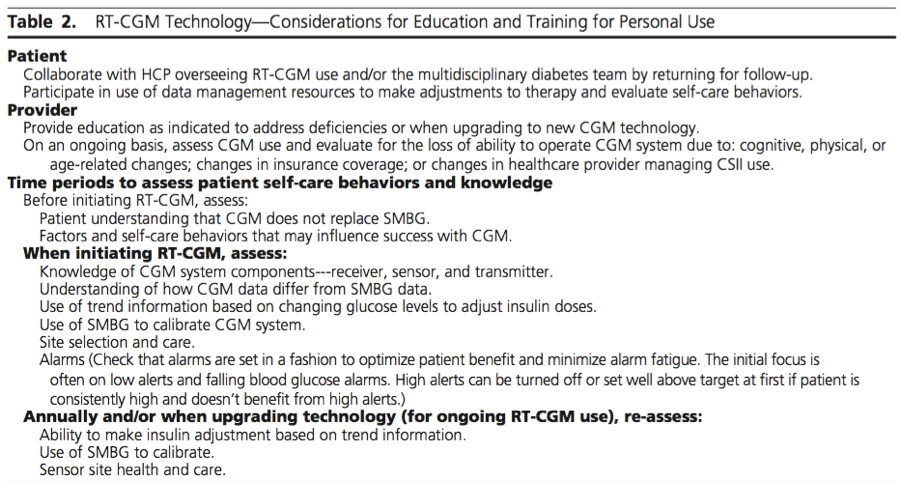