Takeda provided its 1Q17 (F4Q16) update in a recent call led by CEO Mr. Christophe Weber (view the financial data book here). Sales of DPP-4 inhibitor Nesina (alogliptin) grew 6% YOY as reported (5% in constant currencies) but fell 14% sequentially to 11.2 billion JPY ($99 million). This was from a base of $93 million in 1Q16 and $119 million in 4Q16. Growth in 1Q17 was driven by ex-Japan markets: Revenue was up 50% YOY operationally in the US to 1.4 billion JPY ($12 million), up 62% YOY in Europe/Canada to 1.7 billion JPY ($15 million), and up 52% YOY in emerging markets to 1.5 billion JPY ($13 million). A sharp decline in Japan offset these impressive increases – sales dropped 14% YOY as reported and operationally and also fell 28% sequentially to 6.6 billion JPY ($58 million). DPP-4 inhibitors are the most often prescribed therapies for type 2 diabetes in Japan, and so fluctuating sales in that market for the alogliptin franchise are somewhat concerning. Nesina revenue fell 8% YOY as reported in Japan in 1Q16 before rising 11% YOY in 2Q16; sales then declined 3% YOY in 3Q16 but grew 2% YOY in 4Q16. We suspect that combination products are gaining favor among patients/providers over standalone DPP-4 inhibitors. Takeda markets an alogliptin/metformin fixed-dose combination (branded in Japan as Kazano) as well as a combo with TZD pioglitazone (branded in Japan as Oseni). That said, Daiichi Sankyo and Mitsubishi Pharma have plans to bring an SGLT-2 inhibitor/DPP-4 inhibitor fixed-dose combination (canagliflozin/teneligliptin) to market in Japan by 2018, and we imagine the superior A1c-lowering efficacy of this particular combination of agents on top of a weight loss benefit and possible CV benefit will be another headwind for Takeda’s Nesina business. Nesina accounts for a relatively small portion of overall DPP-4 inhibitor sales, and captured only 5% of the total market by value in 1Q17 – see below for our detailed pooled analysis. Lastly, Takeda ceased breaking out sales for TZD Actos (pioglitazone) in 2Q16, which likely reflects waning prescriptions. We’ve heard some positive commentary from thought leaders on the role pioglitazone could play in diabetes care (many cite efficacy at low doses, and the IRIS trial showed a CV benefit to low-dose pioglitazone), but on the flip side, the FDA recently decided to strengthen the bladder cancer warning on all pioglitazone labels. Even if pioglitazone prescriptions do swing back, we expect most of these will be written for generic versions of the agent rather than for Actos. 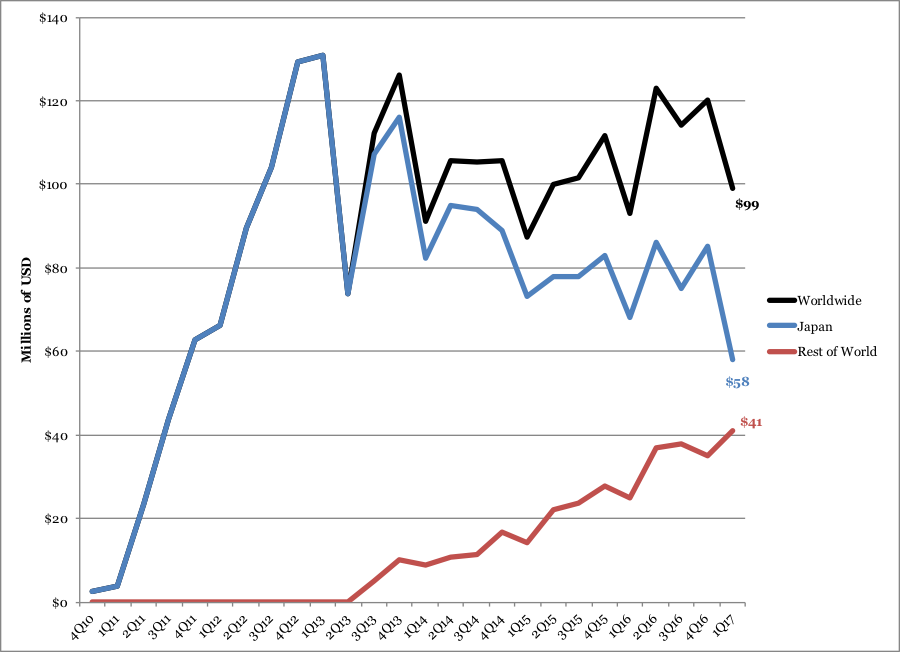 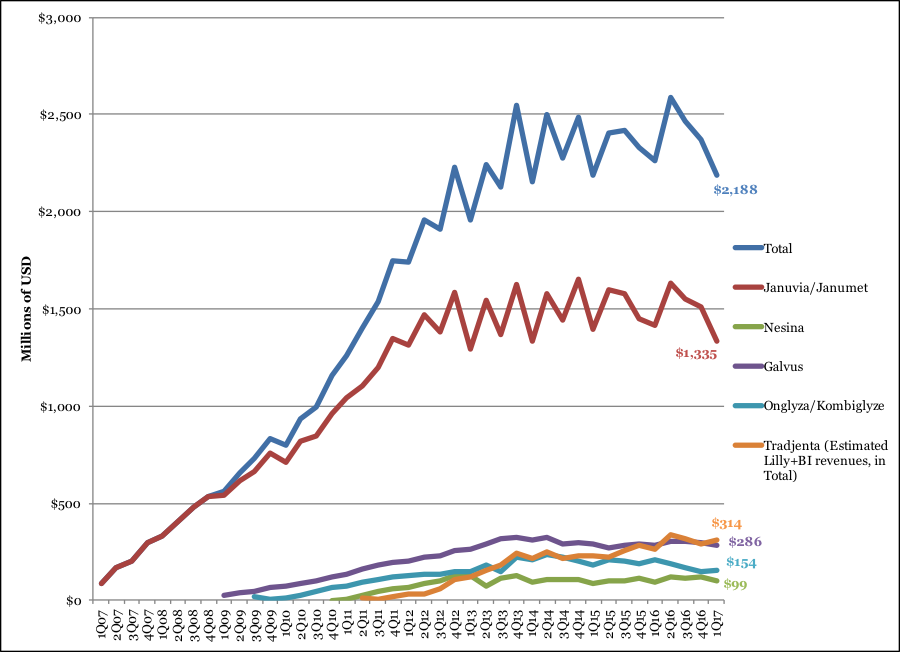