The “International Consensus on Risk Management of Diabetic Ketoacidosis in Patients with Type 1 Diabetes Treated with Sodium-Glucose Cotransporter (SGLT) Inhibitors” was just published in Diabetes Care, offering the first formal guidelines on the topic. The Consensus was developed by 20+ thought leaders following an ATTD-sponsored meeting in June 2018. To briefly summarize, the paper includes the following sections:

Notably, Lexicon – in preparation for its FDA Advisory committee on SGLT-1/2 dual inhibitor sotagliflozin in type 1 adults – has frequently cited the publication of these guidelines in support of coalescing agreement amongst the academic community on how to best mitigate DKA risk with this adjunct therapy. Nevertheless, the real-world effectiveness of these measures still needs to be documented. There is a real and substantial risk that bringing SGLTs officially to market for type 1s would scale DKA risk to a larger population than ever before. On the other hand, there is opportunity with a major educational campaign to reduce DKA risk within type 1 diabetes broadly speaking. T1D Exchange data shows us that ~3% of participants have experienced DKA within the previous three months. To this end, we hope this consensus statement encourages discussion on DKA risk mitigation strategies, regardless of SGLT-inhibitor use.

For context, most recently in the SGLT for type 1 landscape, EMA’s CHMP recommended approval of AZ’s Forxiga (dapagliflozin) for specialist-treated type 1s with BMI ≥27 kg/m2. This opinion energized further the movement to bring SGLT inhibitors to people with type 1 diabetes, following a complex FDA Ad Comm meeting on Sanofi/Lexicon’s sotagliflozin – capped by a split 8-8 committee vote. Depending on sotagliflozin’s fate (FDA’s PDUFA date is March 22) and EMA’s final rule, either drug could be the first-to-market oral adjunct therapy for type 1 diabetes in the US or Europe.

*Urine ketone concentrations are dependent on hydration and other factors; these values do not closely correlate with blood BHB levels.

*If ketone levels increase from baseline 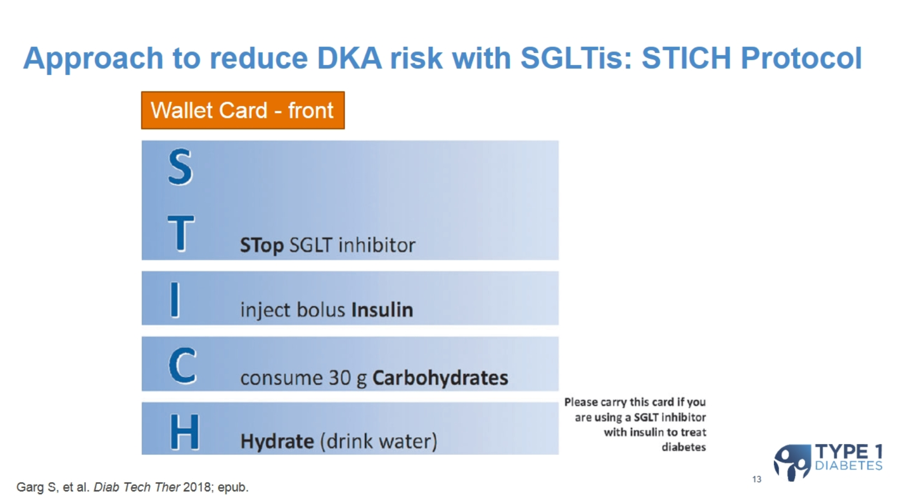