Series E proceeds will support Livongo’s scaling; continued investment in data science (e.g., prevent glycemic excursions, rather than simply reacting to them; see AADE); deeper integration with clients and partners; and development of a consumer platform centered on what the company repeatedly refers to as a “whole person” approach (e.g., addressing physical, social, and emotional needs).

CEO Mr. Glen Tullman shared that Livongo already works with >350 of the country’s largest self-insured employers and the two largest PBMs. Mr. Tullman also told us via email that Livongo’s current member count exceeds 75,000, with signed contracts that will “significantly exceed 100,000 members.” This is up notably since September, when there were >50,000 members. The previous ambitious goal of >100,000 members by the end of 2017 was not hit.

Livongo has had truly remarkable fundraising success, securing a $52.5-million Series D round just over a year ago, and bringing total raised to date to nearly $250 million! Mr. Tullman shared with us that Livongo’s annual revenues are expected to exceed $60 million in 2018, and more than double in 2019. The rate of employer adoption is certainly notable and speaks to the user satisfaction (net promotor score of 64) and cost-effectiveness of Livongo’s program. On its website, Livongo reports sustained A1c reductions of ~0.8% (baseline 7.7%) in members over two years, with savings in the range of ~$75 per month per member. In terms of published outcomes, Livongo has been fairly limited: one oral and one poster at ADA 2017, with a subsequent publication in JMIR.

Livongo has started to expand beyond diabetes: “Livongo for Hypertension” actually launched in January with a connected blood pressure cuff, and a service for dyslipidemia is anticipated by the end of 2018. This is a great direction, though also a highly ambitious move – can it develop and maintain robust programs for diabetes, hypertension, and now dyslipidemia? Of course, having a single source for chronic care management is a strong proposition for a payer/employer, as it could reduce administrative hassle, lead to less fragmented care, address co-morbidities together, and lower overall costs.

In tandem with the fundraising news, Livongo and Cambia Health Solutions simultaneously announced a partnership to expand Livongo’s geographic footprint and to co-develop personalized chronic care products (e.g., hypertension, behavioral health). Cambia is a Portland, Oregon-based nonprofit “total health solutions company” that wears many hats, including health insurance, pharmacy benefit management, software and apps for wellness and medical transparency, and co-owning Echo Health Ventures. Initially, the partners will first make Livongo for Diabetes available to Regence Blue Cross and Blue Shield members in Idaho, Oregon, Utah, and Washington. Following this initial step, the two companies will co-develop offerings for personalized chronic care that could be rolled out nationwide. Cambia reaches >70 million Americans, including 2.2 million people enrolled in regional health plans in the Pacific Northwest – presumably, this will be the entry point for any co-developed products. It’s not clear if the co-developed products will be co-branded and -marketed, but it does sound like they will be available beyond lives directly covered by Cambia’s plans.

In addition to the Cambia partnership, Livongo’s employer channel will benefit from its inclusion in the new Blue Cross Blue Shield of Massachusetts “Emerging Solutions” platform. Though Livongo’s direct-to-consumer subscription channel launched last year, we’re not sure how its uptake compares to offerings from mySugr/Roche or One Drop.

Close Concerns: How scalable is the Livongo model? Could you care for 1 million patients, or would you need a radical change in process/product?

Mr. Tullman: The Livongo model is almost infinitely scalable. The first day of the year (January 1), we launched more than 35 companies. For Livongo, that member acquisition process begins with an email. Our business model is strong, as is our user base, because it’s all opt-in, so while it takes longer to build, our members stay with us and love the experience and care they receive.

Close Concerns: What is driving your fundraising success? Is there an element of digital health hype cycle and timing here? How did you invest the $52.5 million Series D raised a year ago? How far will this $105 million take you?

Mr. Tullman: Investors, especially when it’s an internal round, are very knowledgeable and our investors really understand the business. To value the company at this level, they want to see real numbers on members, member growth, retention, satisfaction, and a host of other metrics. This has very little to do with the hype cycle for proven companies with large customer bases.

Regarding our Series D proceeds, fortunately, we have much of that still in our coffers.

Editor’s Note: Livongo also has two things in its favor from the investor perspective:

Mr. Tullman: We are in the integration process right now and expect a more robust deployment next quarter.

Mr. Tullman: As you know, roughly 70% of people with diabetes also have hypertension, so we see a substantial overlap. We’re too early to have enough data to reliably start to model the business. We’re not releasing pricing at this time.

Close Concerns: Is Livongo still paid on a fully capitated (per-person) basis, or is there an outcomes component? If outcomes, what are they? A1c? Decreased percent of readings in hypoglycemia? Shared cost savings?

Mr. Tullman: We have a number of models – most common is “per participant per month” (or PPPM); it’s not “per member per month,” which we think will go away over time. (Editor’s Note: We’re not clear on the difference between “per participant” and “per member” here.) People want to pay for performance, and yes, we’re also doing some shared savings agreements and expect those to expand significantly.

Close Concerns: How much of Livongo’s growth is organic vs. favorable timing as larger BGM players reinvent themselves (e.g., Ascensia, Roche), exit the market (e.g., LifeScan), or reinvest in CGM (e.g., Abbott)?

Mr. Tullman: All organic. We’re not really positioned to take advantage of the inexpensive meter and strip model.

Close Concerns: What will Livongo look like in 5-10 years as CGM use rises, particularly in type 2 diabetes? Who is Livongo’s true competition – traditional glucose monitoring players, other coaching services, etc.?

Mr. Tullman: We expect to be all meters, all strips, all sensors, all the time. But no one will really think about the CGM market as standalone, even in type 1 diabetes. We will be long beyond the cool technology discussion and all about keeping people healthy and the whole person, which is what we’re focused on. Health companies will be rewarded based on keeping a population healthy and the tools they use; coaching, devices, strips, medications will all be secondary to results.

Close Concerns: How will companies like Livongo and One Drop – who offer connected BGMs along with coaching and software – compete with large BGM manufacturers embracing digital? Will large companies and payers use their reach to invest in – and scale – these smaller players (e.g., mySugr/Roche)?

Mr. Tullman: First, you really have to differentiate between true connected meters (cellular) and Bluetooth meters that people don’t really use to report their data. People who will consistently sync, open apps, etc. are not the ones, especially in type 2 diabetes, that we need to help. Second, it will all be about what your goal is: selling meters and expensive strips or keeping people healthy, which will require investments in much more than a pretty meter. That said, there’s room for a number of solid competitors.

Close Concerns: What is the future of BGM as CGM use rises and begins penetrating type 2 diabetes?

Mr. Tullman: Covered above, but one other note: for most of the world and the population, even in the US, it will be years (if ever) before a significant number of people with type 2 diabetes are using CGMs. I hope it moves quickly, but despite the wishes of the companies selling them, I’ve worn CGMs for a long time and even the best still have to overcome a behavioral challenge. But they will be a great addition and awesome for some people and we’ll be incorporating the technology into our solutions.

Q: Will we see larger diabetes tech companies become comprehensive chronic care management companies? Medtronic seems the most likely to go in this direction, but will we see it from others? 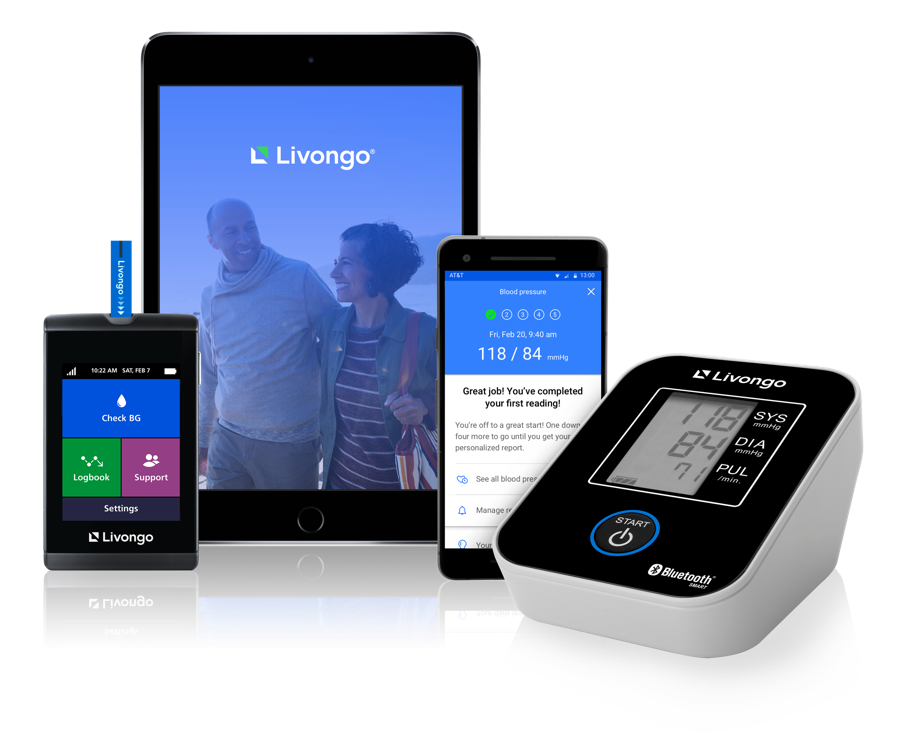