Last week, Arkansas-based SFC Fluidics announced that it recently closed a $2 million, Series B investment round that will help it develop and commercialize a new patch pump. The project has been in development for over 1.5 years, and SFC plans to initiate clinical studies of the pump in 2015 (up to 50 patients). The company expects an FDA submission to occur in early 2016 with a potential launch by the end of 2016. The circular patch pump looks very small, with an on-body footprint at less than two inches in diameter (~0.6 inches high). Like Insulet’s OmniPod, SFC’s patch pump will be battery powered, disposable, filled via a syringe, and last up to three days. Unlike the OmniPod, the patch pump will use microfluidics technology (enabling the size reduction and dosing in 1/100 of a unit), have an on-patch button for bolusing, and a sizeable 350-unit reservoir (vs. 200 units with the OmniPod). The pump will have customizable basal and bolus dosing via a wireless Bluetooth-enabled controller. SFC is designing its own proprietary cannula insertion mechanism – this is of course a key feature of the OmniPod’s ease of use and appeal, but also one with lots of technical complexity.

Notably, SFC plans to initially enter the type 2 diabetes market with a simplified, easy-to-use handheld user interface; as we understand it, a more complicated type 1 handheld would be a separate subsequent product (though the same pump). Certainly, this strategy makes a lot of sense – a pump’s required technical complexity is lower in the type 2 market, as is the competition among established players. There is so much to be done to improve insulin delivery in type 2 diabetes, and we look forward to seeing what impact SFC can have. That said, the pump’s small size, Bluetooth connectivity, and potential for CGM integration (pending a partner) would also make it intriguing from an artificial pancreas perspective.

There is of course plenty for SFC to prove in the coming years, though we are always fans of new insulin delivery options for patients, particularly those with type 2 diabetes. 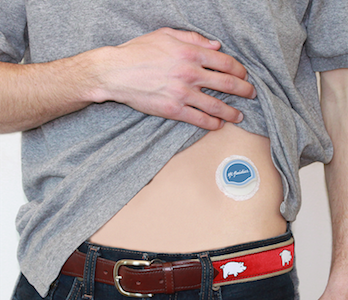