Ahead of the official announcement tomorrow, Bigfoot Biomedical shared with us today that it has raised an impressive $35 million in Series A financing to support final development activities for its smartloop automated insulin delivery (AID) service. Quadrant Capital Advisors led the round, with participation from Cormorant Asset Management, Senvest Capital, and Visionnaire Ventures. Bigfoot started its first clinical trial in July (n=50 at Stanford, Sansum, Barbara Davis Center – what a trio!), a key proof point for securing this funding and just 1.5 years following the company’s founding in late 2014 – talk about serious speed and execution from an impressive team that is now 40 people and has needed less than $15 million to date.

A pivotal trial of smartloop is expected to start in mid-2017, roughly on par with previous expectations for “1H17.” FDA PMA submission is now expected in “early 2018,” back slightly from the previous “end of 2017” plan. However, given the three-month FDA priority review for Medtronic’s MiniMed 670G hybrid closed loop, we expect a smartloop launch in 2018 is still very possible – on par with plans of Insulet and Tandem, and slightly behind Animas (assuming its pivotal begins this quarter; see our competitive landscape).

Bigfoot’s AID vision, first shared at JPM 2016, remains compelling: a smartphone app to view/operate the closed-loop system, an Asante pump with an embedded closed loop control algorithm (no screen or buttons), a CGM (likely Dexcom), and a BGM all accessed with a single prescription and reimbursed as a service for one monthly fee. Bigfoot is characterizing smartloop “the world’s first Internet-of-Things medical device system delivered as a monthly service.” The press release announcing this news is among the most interesting we’ve read in recent memory, emphasizing multiple key components about the system: the design for simplicity and security; cloud connectivity (over-the-air updates; machine learning for personalization, remote monitoring); the ability to save HCPs time; and its propensity to make better use of data. We like Bigfoot’s idea to offer AID as a subscription service, which could mean greater accessibility for patients and payers than current sensor-augmented pump therapy that requires increasingly large patient investments, given higher co-pays and higher deductibles that are all the rage.

Bigfoot currently has a development agreement with Dexcom for the ongoing clinical trial, though a commercial agreement has not been signed. CEO Jeffrey Brewer hopes this can be done soon, and that Dexcom will see the value in accelerating this field, as it will be critical for helping patients, improving the safety of insulin dosing, and keeping competitive pace with Medtronic. Most type 1s are on MDI for now (as well as many still on human insulin, given the cost advantage), but as the value proposition of AID improves with subsequent generations (and real-world data shows the value), we hope and expect to see the pump market expand. 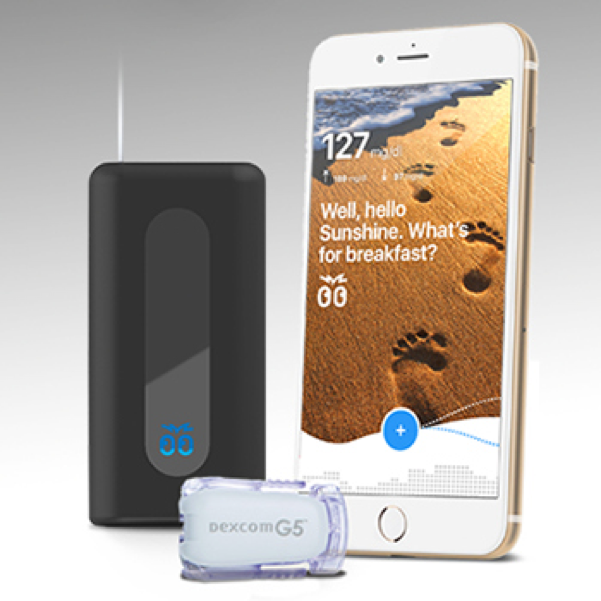 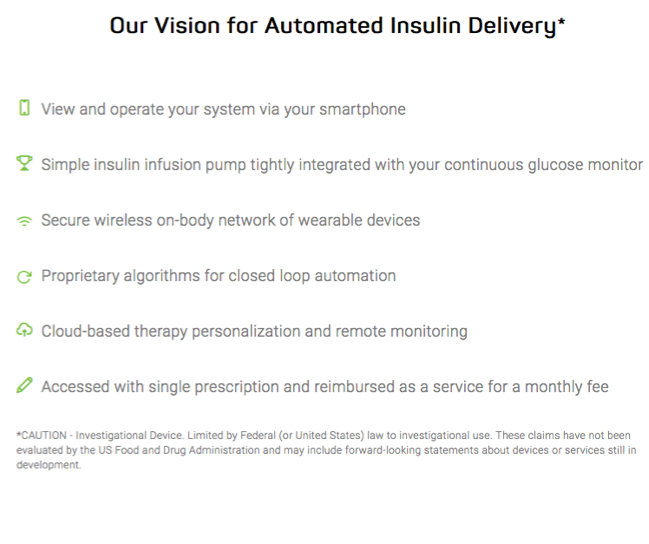 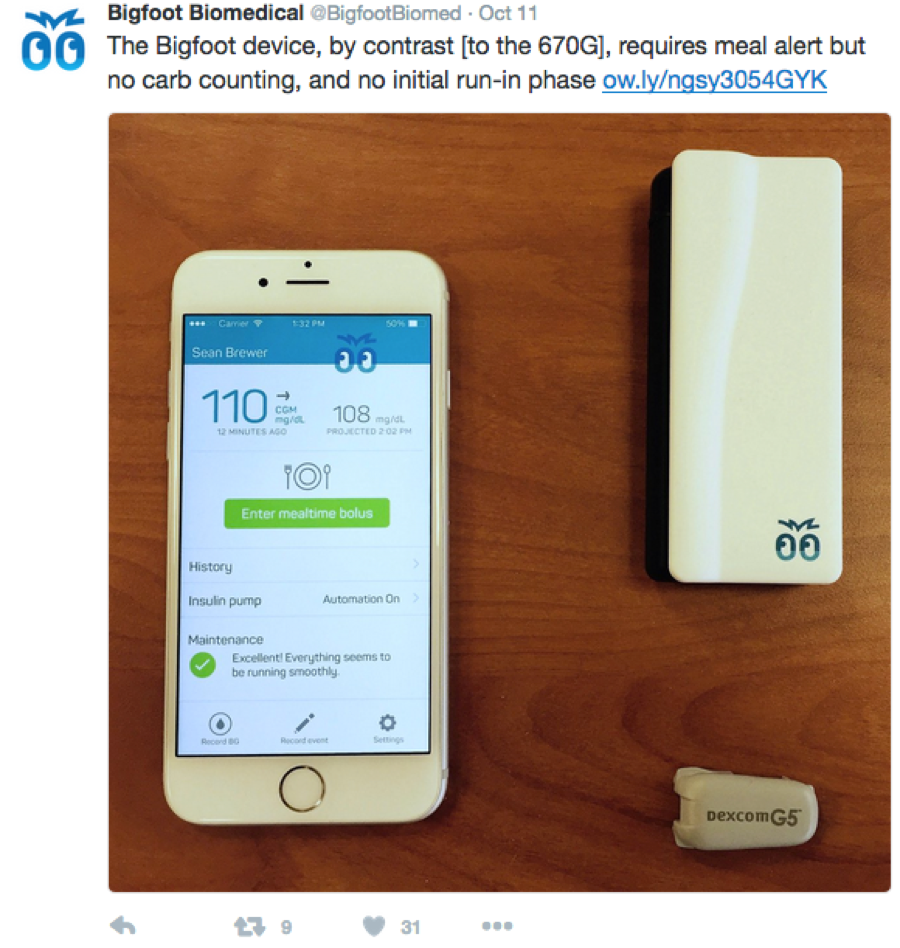 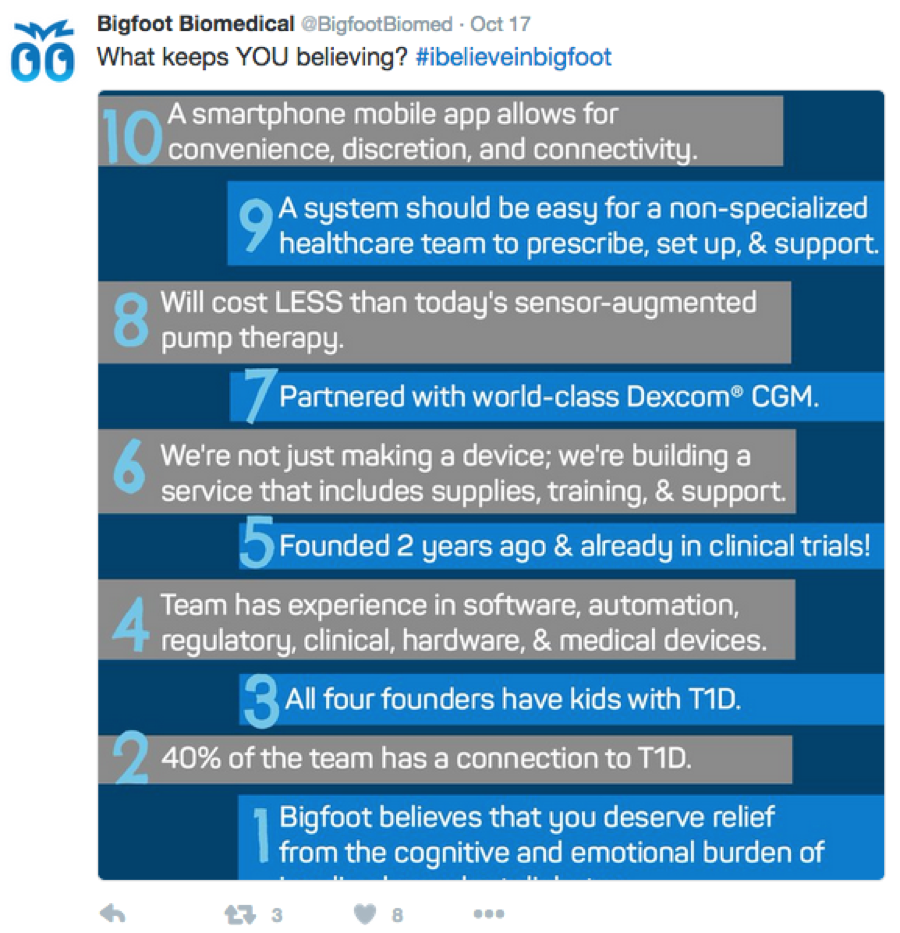