On Tuesday, the T1D Exchange Clinic Network published a must-read seven-page paper, “State of Type 1 Diabetes Management and Outcomes from the T1D Exchange in 2016–2018” in Diabetes Technology & Therapeutics (Foster, Beck, et al.,) – including a treasure trove of supplemental data. Like the previous data (Diabetes Care 2015, JCEM 2012), these updated T1D Exchange Registry outcomes are concerning, showing no improvement in A1c outcomes in the past five years, including a worsening in young adults. Moreover, these remain a best-case scenario for the US, since they occur at the best US centers and most people (74%) have private health insurance; real-world, average outcomes in the US are likely worse than these already-grim data, though the “best” centers may also see tougher, more complicated patients.

This paper serves as a major reminder for the field: far more work is needed to move population-level outcomes in type 1 diabetes in the US. CGM use is rising nicely, but remains used by a minority of people with type 1 overall – even at the top clinics. Leveling the playing field on outcomes still demands breakthrough innovation coupled with strong access – to drugs, to devices, to automation and decision support, to engaging education, to insightful data, to healthy food, and to meaningful familial and other support.

A1c – No Change in Adults, Worsening in Young Adults 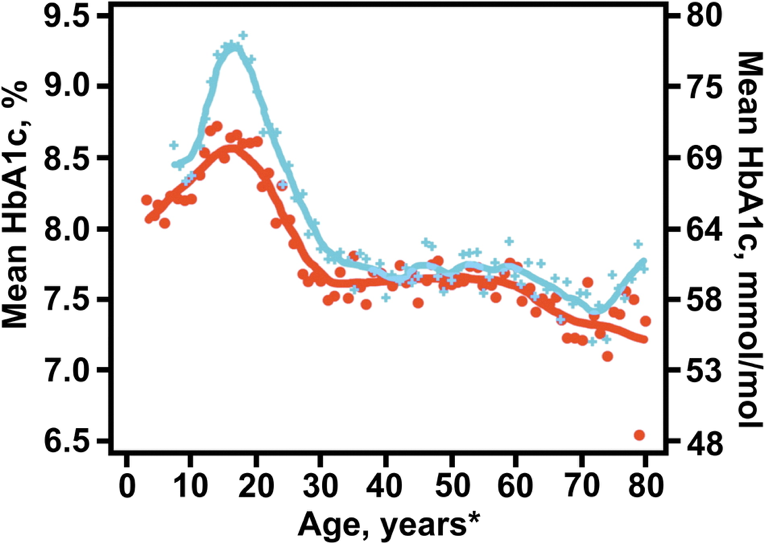 CGM Use – Quadruples to 30% of Participants, >10X Pediatric Gain 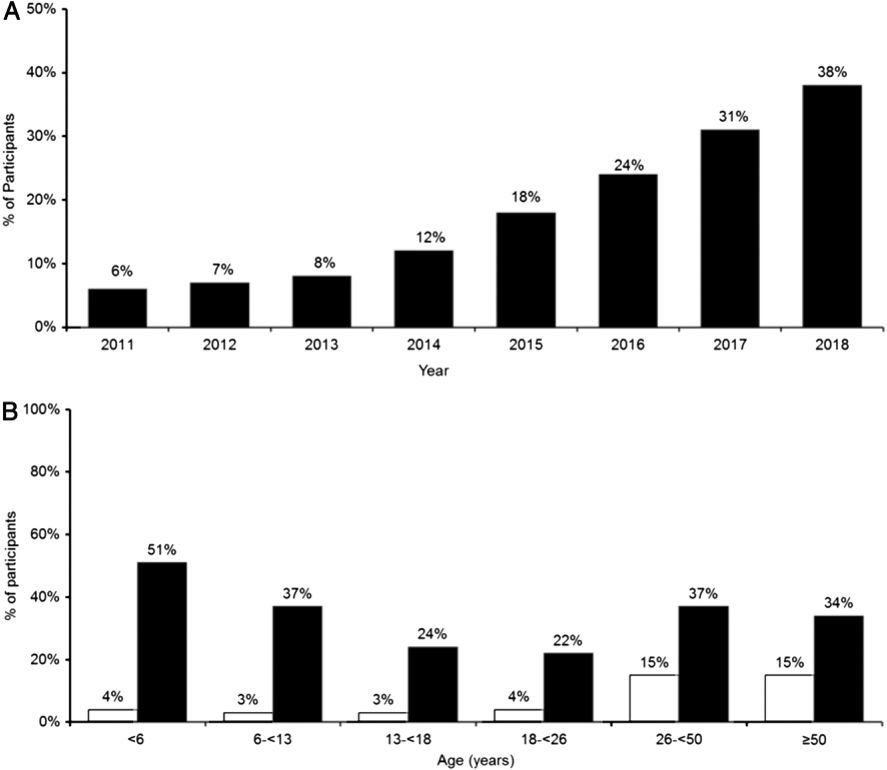 Pump Use – Slight Increase, Used by a Majority (63%) of Participants 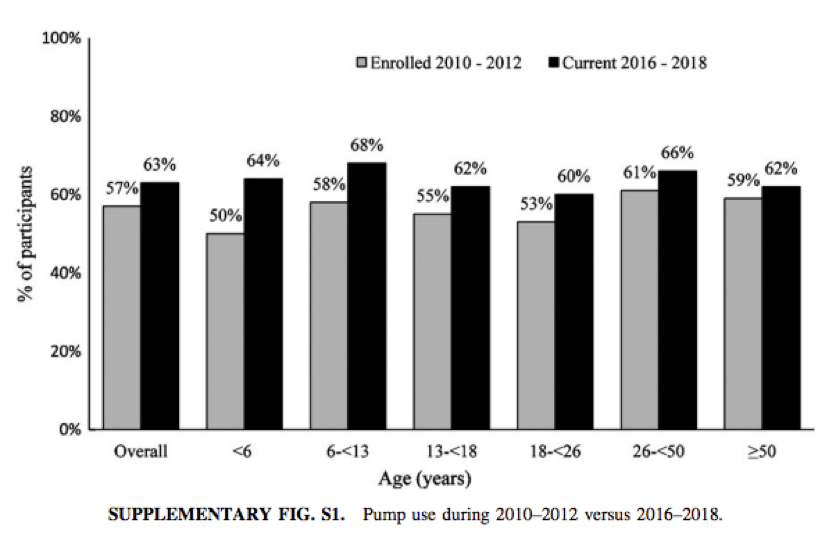 Q: What will it take to drive population-level improvements in A1c in type 1 diabetes? How much value will automated insulin delivery add – both for pumps and injections?

Q: What is driving the adolescent/teen worsening in A1c levels? How much of a role is lack of sleep playing? (Stay tuned for Adam’s upcoming diaTribe column on Why We Sleep, which specifically addresses this issue of sleep in teens.)

Q: How does type of insulin used impact average A1cs? What percentage use “next generation” insulins like Toujeo or Tresiba or Fiasp and how do their A1cs look? What about those using off-label “adjunctive” therapy (SGLTs, GLP-1) or those using old insulins like NPH and Regular?

Q: Where are PROs routinely collected and what do those show (measures of emotional well-being or other measures showing familial stability or lack thereof)?

Q: What can be learned from Bright Spots: the sub-group of patients with A1c <7% or <6.5% without severe hypoglycemia? What are they doing that could be replicated?

Q: How do A1c levels compare between different nutritional approaches to type 1 – e.g., low-carb vs. moderate carb vs. high-carb?

Q: How much variability is there between T1D Exchange clinics? What can be learned from Bright Spot clinics with a large percentage of type 1s at an A1c <7%?

Q: What is average time-in-range across CGM users in the T1D Exchange?

Q: How do T1D Exchange outcomes compare to the general type 1 population – i.e., how much is the registry data better-than-average?

Q: How much of CGM adoption is still gated by awareness vs. access vs. perceptions’ of the technology? What will unlock the market? Could we see adoption cross 50%-60% in the next three years? How is education of CGM rated overall and how are HCPs scoring on this front?