Sends real-time data directly to app via Bluetooth; white-label version of WaveForm’s “Cascade” CGM which was CE-Marked for 14-day wear with 1 calibration/day for ages 2+

We just learned A. Menarini has ~1,000 active users on its WaveForm’s 14-day “Cascade CGM” that was launched in June in Europe under the brand name “GlucoMen Day CGM.” A. Menarini is the distribution partner for WaveForm, handling the sales, marketing, training, and support for Europe, the Middle East, Africa, and Latin America. As a reminder, launch of GlucoMen Day came during the COVID-19 pandemic, which has almost certainly slowed uptake somewhat. The GlucoMen Day CGM sends minute-by-minute glucose data directly to a smartphone app via Bluetooth and includes customizable alarms. As a reminder, in November 2019, WaveForm’s Cascade CGM was CE-Marked for non-adjunctive use and for users ages 2+, pregnant women, and those on dialysis. Notably, the approval came with a once-daily calibration requirement after day 1 (two required on day 1). The calibration requirement certainly puts WaveForm’s CGM at a disadvantage compared to Abbott FreeStyle Libre franchise (and the newly CE-Marked FreeStyle Libre 3) and Dexcom G6. WaveForm has also submitted data to get their CGM approved for 15-day wear in Europe, which would slightly reduce the number of sensors/year, but would allow the company to boast the longest-lasting CGM available in Europe, aside from Senseonics’ implantable Eversense (perhaps valuable for marketing purposes). Marketing materials highlight the system as “virtually painless” due to its “needle-free” design – i.e., the sensor filament itself pierces the skin on insertion and then remains in place. Per the press announcement, the CGM’s transmitter and applicator last at least five years, making the system more “eco-friendly.” We last heard that the transmitter and applicator would last two years, suggesting an impressive three-year increase in length of use; still, we would note that with the pace of innovation in CGM, the difference between a two-year transmitter and a five-year transmitter is not a huge differentiator. We haven’t been able to find any information on pricing for GlucoMen Day CGM, but WaveForm shared that the price will differ by country and that A. Menarini is handling country-by-country pricing and reimbursement. In the past, we’ve heard a focus on low manufacturing cost, but, particularly given the calibrations requirement, the pricing would have to at or near FreeStyle Libre levels to be competitive.

While WaveForm developed the “Cascade CGM” and continues to push for product improvements, A. Menarini is handling distribution and reimbursement and is marketing GlucoMen Day CGM under their company name. A. Menarini officially launched GlucoMen Day CGM this summer, and it is now available in “all of Western Europe and parts of Eastern Europe.” 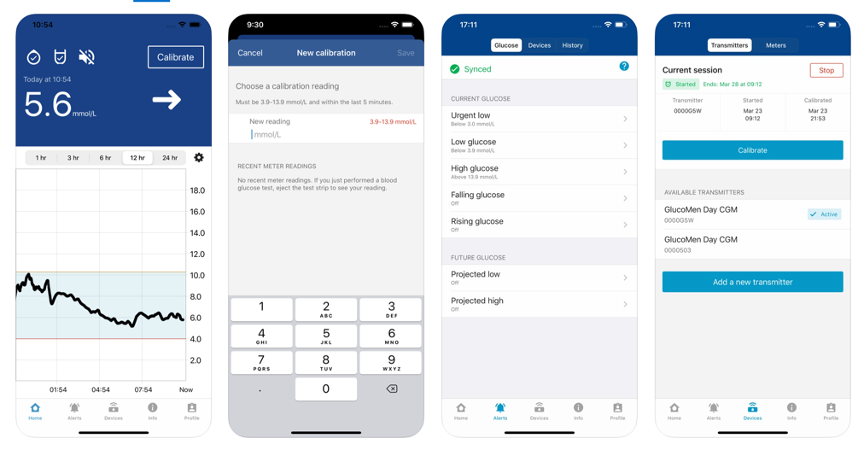