For those that would like them, we’ve scanned the slides at the following links:

The Senseonics team came out very strong and were impressively well-prepared with slides in response to nearly every conceivable panel question – CEO Tim Goodnow knows this technology inside and out. Eversense’s accuracy, of course, speaks for itself, and given the conservative adjunctive labeling, panelists were often trying to find anything to catch the company on – discussion often drifted for minutes at a time onto a variety of “What-If” scenarios, like MRIs or data on people with fragile skin and complications.

An enthusiastic Open Public Hearing provided tailwind to the discussion, with 18 out of 19 speakers strongly supporting approval – including several renowned clinicians, patient advocates, Eversense trial participants, and even a handful of Eversense users that flew in from Europe. We hadn’t appreciated – as summarized below – the quality of life benefits of Eversense over other CGMs. It will be fascinating to see how Eversense competes on the US market.

There is always a risk at FDA Advisory Committees that panels want to see “more data” before approval, but the dialogue was very tilted towards – “This shouldn’t hold up approval, but it might be nice to look into [pregnancy, ICU/hospital, people with complications, etc.].” We were also concerned the panel might focus too much on the four design changes implemented by Senseonics after the US pivotal study, but they instead applauded Senseonics (rightly) for continuously improving the product. As Dr. Goodnow noted: “This is a first-generation product. It’s been two years since we did this clinical study, and we’ve learned a lot.” As a first-gen product, it’s impressive to see how far Senseonics has pushed the accuracy and form factor – the first-gen Dexcom or Medtronic sensors had MARDs far exceeding 20% and were years away from being on the phone.

We fully expect the FDA to approve Eversense and look forward to seeing another accurate sensor with a new form factor in the US – likely this year assuming things go well in labeling discussions. We believe this will propel CGM as a “class” forward and will move forward CGM as standard of care.

Below, you’ll find thematic highlights from the panel meeting, including a detailed summary of the compelling open public hearing arguments.

The panel voted unanimously in favor of approving Senseonics’ Eversense 90-day implantable CGM, on body rechargeable transmitter, and mobile app – a positive 8-0 vote for overall benefit:risk, 8-0 for safety, and 8-0 for effectiveness. As noted in our detailed description of the Advisory Committee Briefing Documents, this was the sort of vote we expected, given  stronger-than usual panelist experience in diabetes, strong accuracy data, and few areas of major FDA uncertainty in the submission. Oddly, panelists were not afforded the opportunity to provide commentary on their voting decision as in past advisory committee meetings, so the rest of this report integrates their insights from throughout the day – we were disappointed by this. Overall, panelists found very little to criticize in the device, though there were still plenty of moments of head scratching where the panel seemed to be asleep – hours into the day, one asked whether it was for an adjunctive or non-adjunctive indication (!). In another example, panelist Dr. Avery Tung asked how CGM changes diabetes management – a reminder that the panel did include members with expertise far outside of diabetes. Dr. Steve Russell did an excellent job of explaining the value of CGM, as well as what Senseonics adds to the equation. Overall, we were relieved the panel made the right call here, as that is never a certainty with diverse FDA panels.

We were elated to see fantastic turnout for the FDA open public hearing – of the 19 speakers, 18 of presented compelling, passionate arguments in favor of an Eversense approval. Those in support of Eversense approval included representatives from organizations such as AACE, AADE, JDRF, CWD, Close Concerns and the diaTribe Foundation -the latter two were well-represented, with our own Adam Brown who spoke eloquently on behalf of the diaTribe Foundation (view his remarks/slides here) and Maeve Serino representing Close Concerns (her remarks/slides are posted here) very impressively in the view of her team! The one dissenting opinion came from Dr. Danielle Shapiro, representing the National Center for Health Research. While Dr. Shapiro acknowledged the unique features Eversense provides, she was not convinced that the benefits outweighed the risks – she felt the data on the four minor design changes was insufficient for demonstrating the safety and efficacy. She expressed particular concern regarding the updated sensor algorithm, which showed poor fluency with CGM and the precedent for doing such a post-hoc analysis to improve the product. She also bizarrely argued that there is “no urgent need for the device,” given other systems on the market. Thankfully, the remaining 18 speakers expressed valuable opinions that were quite the opposite – getting more patients on CGM is perhaps one of the most urgent priorities in diabetes to date and we strongly believe in Eversense’s potential to help expand penetration. As Adam said in his remarks, “CGM is the most important tool to manage diabetes … As someone who’s benefited enormously from CGM, I’m on a mission to make sure people have access.” See the below table summarizing the positive arguments.

OPH Arguments in Favor of Approval

Labeling, Accuracy, Comparison to Other CGMs, and Interference 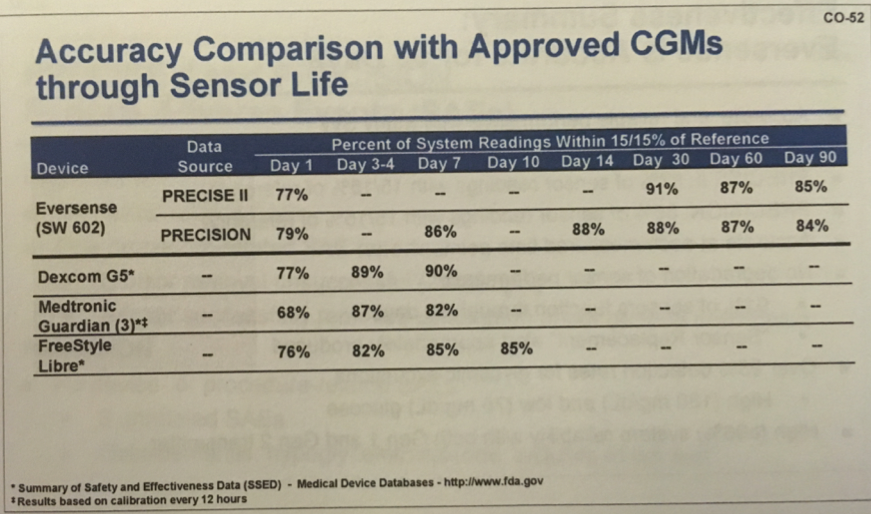 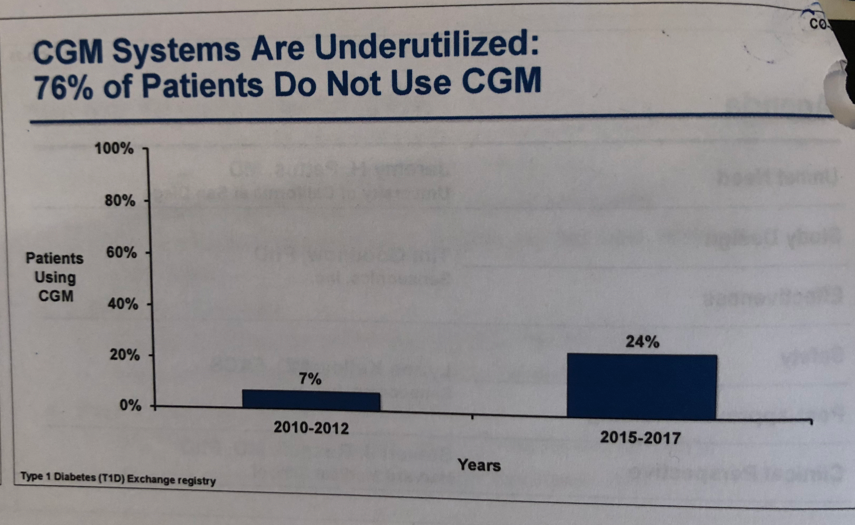 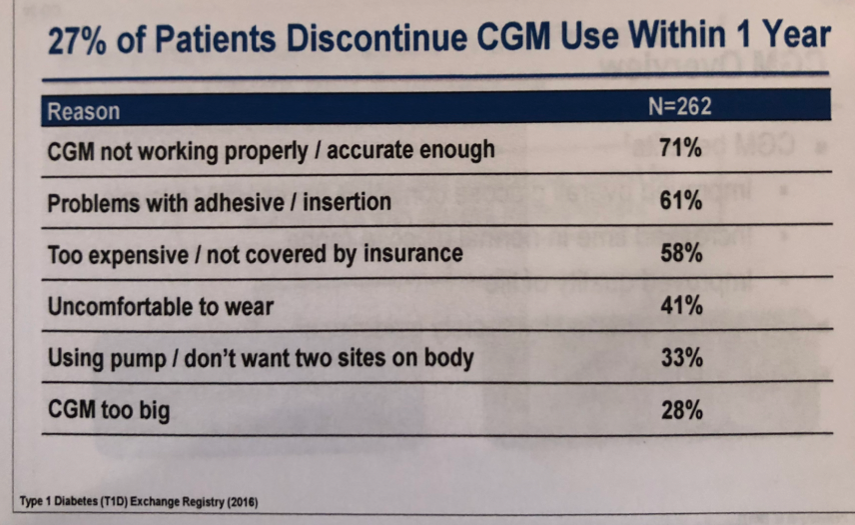 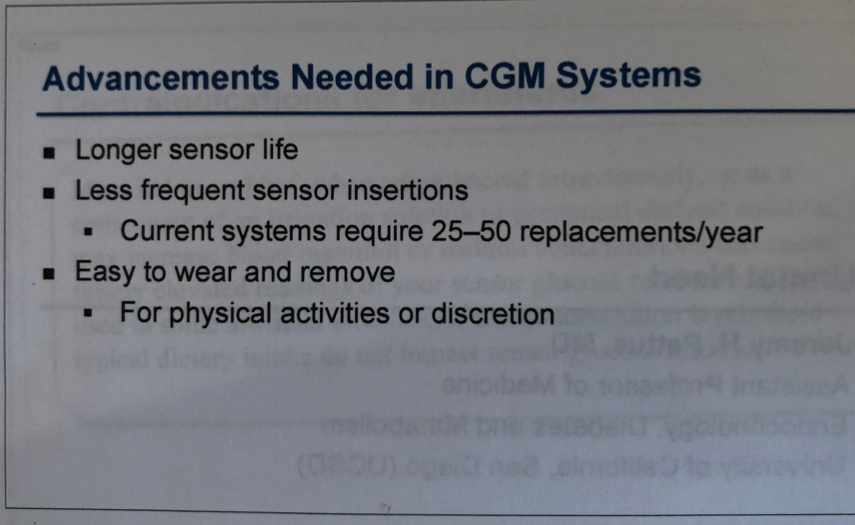 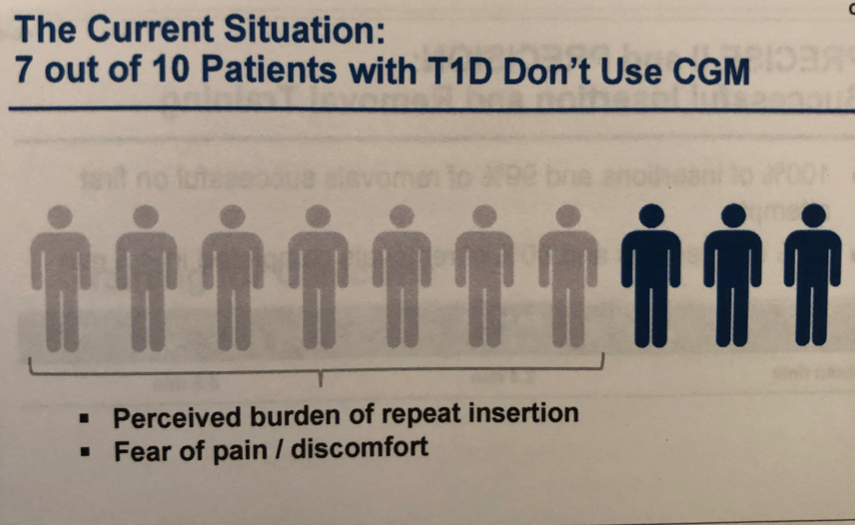 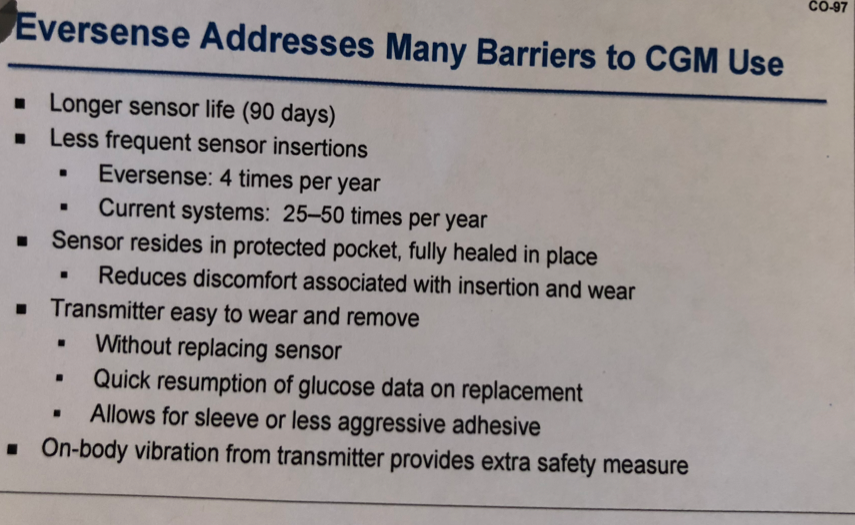 How quickly will Eversense be approved? What the remaining hurdles or tough discussion points for labeling? Will Senseonics need to submit any more data?

How quickly will Senseonics launch in the US? How controlled will the launch be? How many trainers are there? How long will it take to train US endocrinologists/diabetologists?

How will reimbursement look for Eversense? Will the procedure be reimbursed? Will pricing take the longer 90-day life into account?

How much could Eversense expand the market for CGM? How will patients view its pros and cons vs. other US systems: Dexcom G6 (launching this quarter, 2Q18), Abbott’s FreeStyle Libre, and Medtronic’s Guardian Connect?

Will Eversense steal share from other player, as it has mostly done to date in the EU?

How will the 180-day indication change Eversense’s value proposition? Could this tip even more people in favor of CGM?

How will clinicians view Eversense and the procedure? What kinds of patients will they recommend Eversense to? Will they reserve it for those with sensitive skin and/or adhesion issues who have found other CGMs not to work? Or will they use it to attract new CGM users?

Might Senseonics’ training program eventually expand to include other healthcare professionals such as nurses, physician assistants, and/or general practitioners? Many patients, especially those with type 2 diabetes, receiving their care from GPs – if Eversense is intended to fill an unmet need, might restricting it to those who regularly see endocrinologists limit access?

How will Senseonics be priced compared to other systems?