Dexcom continues to work on finalizing the G7 system, with plans “on track” for a “late 2020/early 2021 launch. This timing was consistent with ATTD, 4Q18, JPM, and Dexcom’s December Investor Day. The most interesting comments of the call came from CEO Kevin Sayer in Q&A, who shared that he has been wearing G7: “We run trials with G7 all the time, gathering data to learn and fine-tune. With respect to the experience (regulatory and legal are going to kill me), it is spectacular. The wearable is pretty much non-existent on the body. In all of the innovation we’ve attempted during my term at Dexcom, this is the biggest leap we’ve ever taken. I give kudos to all the people involved in it. If I were to design what I hoped CGM would be when I entered this field 25 years ago, I would have designed this. We’re finally here.” This was quite a notable comment from Mr. Sayer, and he later said that the leap from G6 to G7 will be bigger than the move from G5 to G6. “[G7] will be wildly competitive,” he added in Q&A. Per previous remarks, the G7 feature set will indeed be compelling: a fully-disposable, single-piece sensor-transmitter with a smaller on-body footprint, a “significant cost reduction,” iCGM accuracy without calibration, extended wear (14-15 days), and direct Bluetooth to the phone. It’s not clear when Dexcom will run a pivotal trial on G7, though one will certainly be needed given the iCGM/extended wear plans. 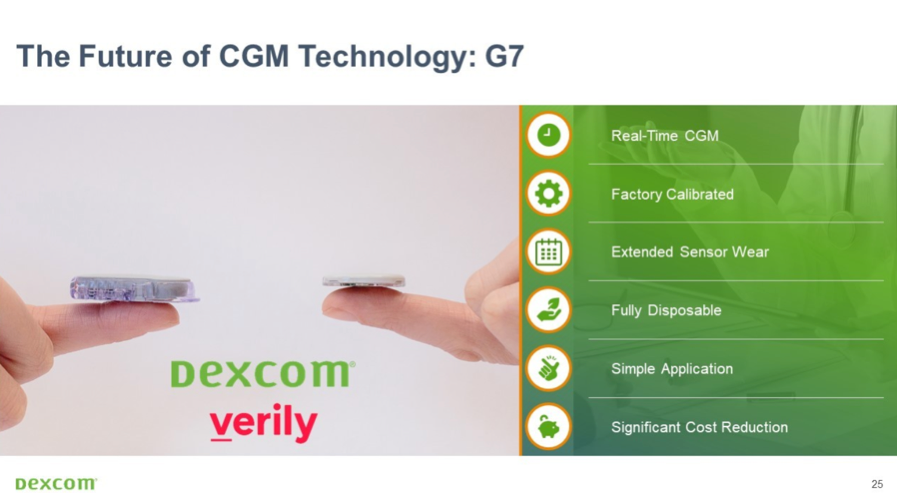 The slide above is from Dexcom’s JPM presentation in January.

Dexcom has appointed VP of Corporate Development Matt Dolan as General Manager of “New Markets,” signaling the increased focus on new applications of CGM ahead of the G7 launch. This is an exciting promotion for Mr. Dolan, a very well-regarded professional at Dexcom. In line with remarks over the past three months, remarks today mentioned several promising future markets for CGM: non-intensive type 2 diabetes and prediabetes, hospital care, gestational diabetes, and consumer/obesity/wellness. The slide below in today’s investor presentation split these out further – and notably, was the only non-financial slide in today’s deck. While Dexcom has had some of its “best people” working on these areas (and talked about them for years), the creation of a “New Markets” vertical seems like a turning point – building a team to set goals, measure progress, and give greater focus to the “different business models” needed. Said Mr. Sayer, “My personal expectations for our New Markets group are very high. We need as much clinical and cost evidence with G6 so we’re prepared to attack these markets with G7.” As of the December Investor Day, Dexcom planned to run gestational and hospital studies this year; there were no specific updates on these studies today, though a slide from today noted they will indeed initiate this year. Mr. Dolan has been with Dexcom for several years, most recently serving as VP of Corporate Development, opening the earnings calls, and working closely on investor relations with EVP Steve Pacelli. See a few other quotes on New Markets below. 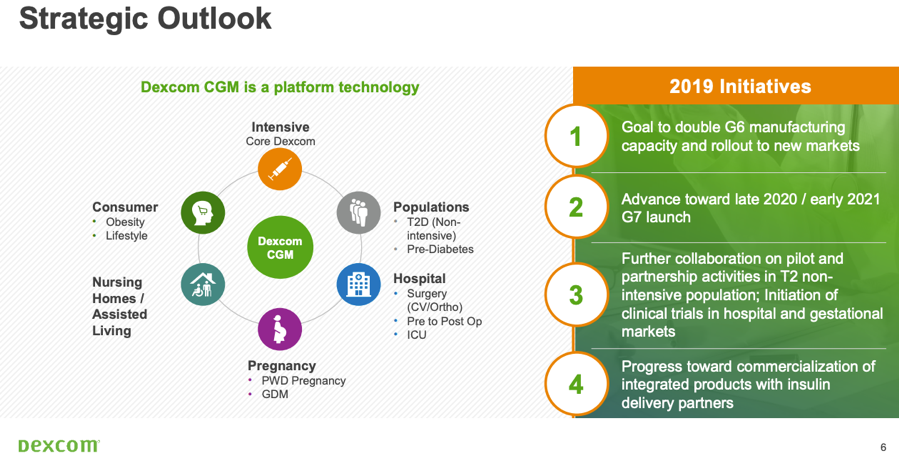 3. Lower-cost G6 Transmitter to Begin Manufacturing in Q3 and Selling in Q4; More than 50% Cheaper

The lower-cost G6 transmitter will begin manufacturing in 3Q19 and begin selling in 4Q19 – in line with previous plans for a “2H19” launch. This was the only other pipeline project mentioned today, and it came up repeatedly in Q&A in profitability comments from CFO Quentin Blackford. The transmitter will play a key role in helping Dexcom approaching 70% gross margins exiting 2019 – up remarkably from a 60% gross margin in 1Q19. Mr. Blackford said it is “more than 50% cheaper” than the current G6 transmitter, offering a “very significant benefit” on cost with the same functionality. We’ll be interested to see if Dexcom drops transmitter pricing once this launches, as the current three-month G6 transmitter is still quite expensive and a source of lots of consumer complaints (while many have coverage, per se, high deductibles keep this a high-cost item for many patients). Dexcom reported $50 million in transmitter revenue in 1Q19, comprising 18% of revenue and growing at about the half the rate (+32%) of sensor revenue (+61%).

Other notable pipeline projects were not discussed today: 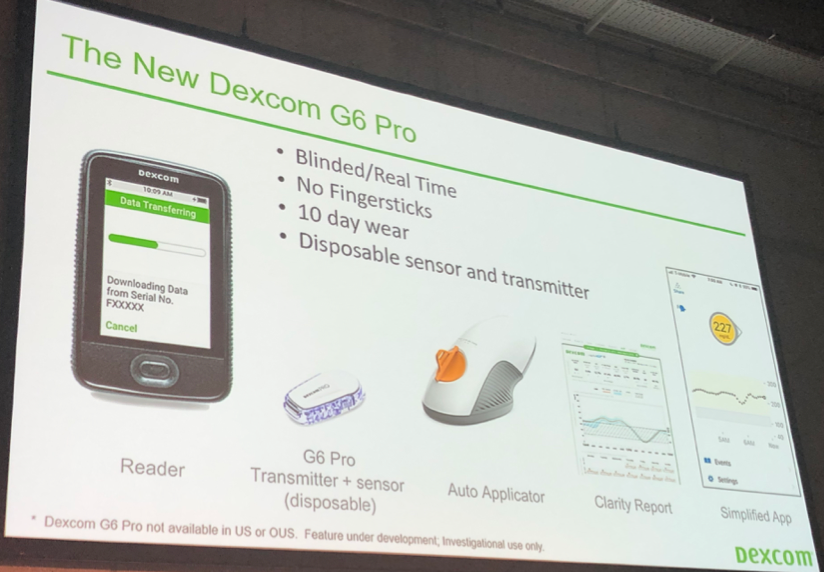 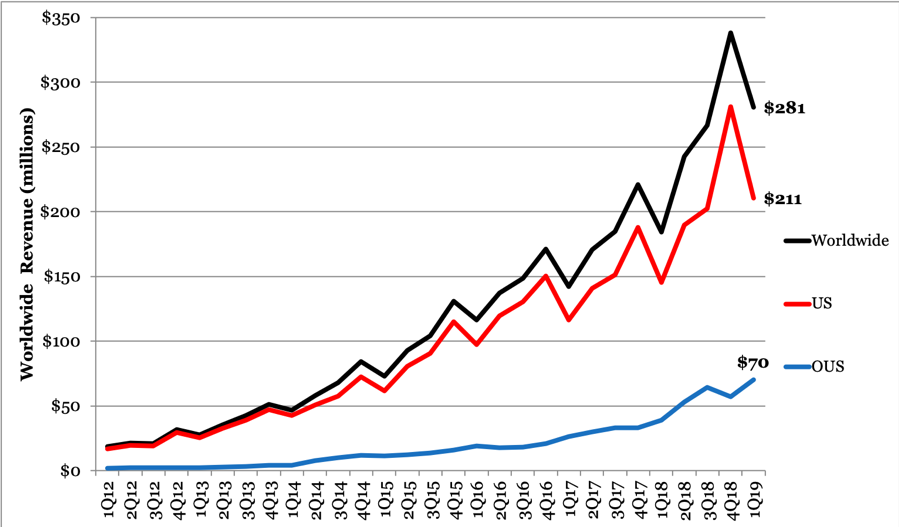 6. What about competition from Abbott’s FreeStyle Libre 2 iCGM?

Dexcom just published two journal articles sharing real-world evidence. One showed the benefits of G6’s urgent low soon alert on hypoglycemia, and the other showed the value of Dexcom Share/Follow in youth. 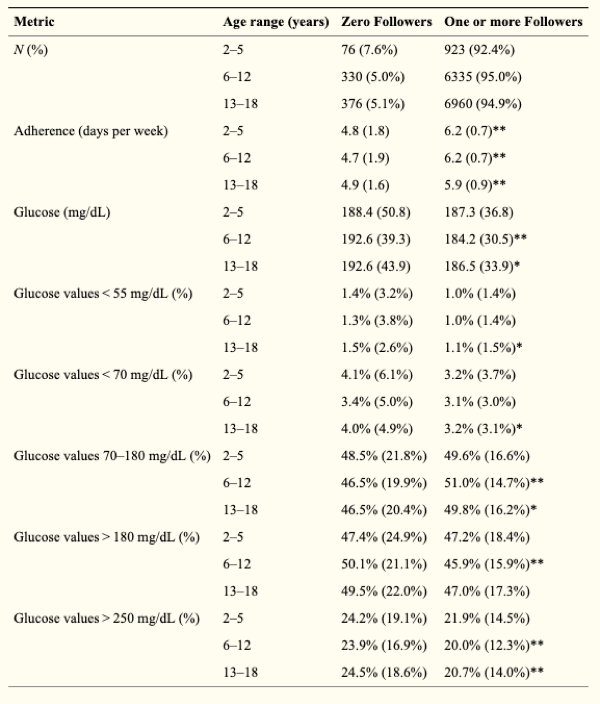