Yesterday, Rock Health released its Midyear Review of Digital Health Funding, a report that has tracked financial investment in the digital health sector going back to 2011. Bottom line, it has been a banner half-year for companies involved in digital health – in just six months, $3.5 billion was invested in 188 digital health companies, both records and the former rose ~50% YOY from 1H16. The trend graph below shows that the majority of this activity occurred in the second quarter, with May alone featuring ~$1.5 billion worth of investments – roughly a third of 2016’s full-year total.

There were a record seven deals worth over $100 million in 1H17, two of which – Outcome Health for $500 million and Peloton Interactive for $325 million – were the largest digital health deals ever. Outcome Health provides point-of-care educational information for patients at HCP offices (e.g., digital screens and tablets in waiting rooms), while Peloton Interactive sells connected indoor exercise bikes. The average deal size for the half year was also the highest ever, totaling $18.7 million. Excluding these two large deals, the average investment for the remaining 186 deals was $14.5 million, still up slightly from 2016’s average of $13.7 million. Notably, none of the top seven investments were in a San Francisco Bay Area-based company.

The report does not mention any diabetes companies, though the half-year did see Livongo raise $52.5 million (March), Omada raise $50 million (June), and Glooko raise $35 million (June), among others. Roche also acquired mySugr in June for a reported~$75-$100 million, a notable exit for the world’s most popular diabetes app. Overall, these were much bigger deals than we’re used to seeing in diabetes and digital health, hopefully a sign of the field’s maturity and path to scale.

There have been zero digital health IPOs this year to date, and 58 M&As in 1H17 lag behind the 87 in 1H16. mySugr boasts the most notable exit in diabetes this year (acquired by Roche in June), though presumably wouldn’t be counted in Rock Health’s database since it is not US-based (though does have a new office in San Diego).

The report is enormously optimistic about digital health and predicts the momentum will continue into 2H17. We agree with that sentiment, given where we see diabetes going – more connected devices, better use of the data generated from them, novel care delivery models (e.g., coaches), lighter touch care that is more frequent and less face-to-face driven, and a greater focus on prioritizing care for those at the highest risk. We’ll be fascinated to see if diabetes continues to see large deal sizes and whether acquisitions continue. See our ADA 2017 Digital Health Report, as well as our coverage of Musings Under the Moon and Musings After Hours for more thoughts on this field. 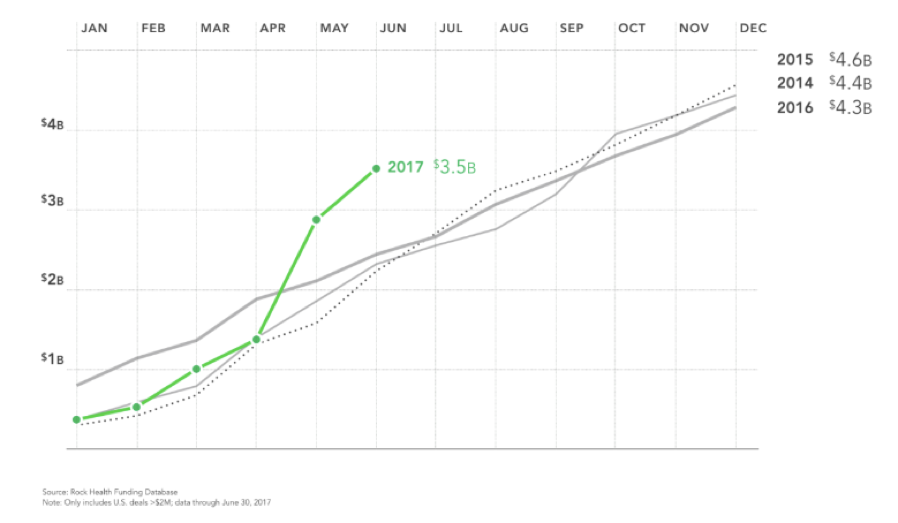 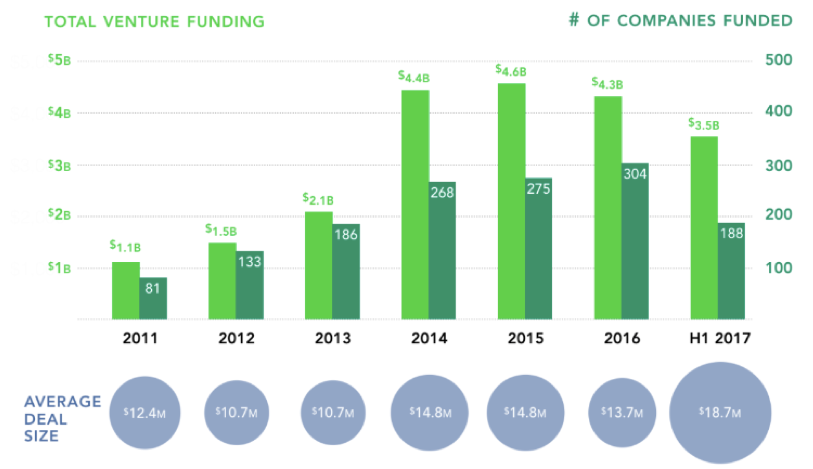