Cellnovo announced the European launch of its Gen 3 System on Wednesday, which moves the handheld controller from a custom medical device to a locked down, consumer-grade, color touchscreen Android phone. The Android phone connects via Bluetooth to the Cellnovo patch pump, similar in concept to Insulet’s Omnipod Dash. Cellnovo is marketing an enhanced user experience with a lighter, slimmer form factor and an extended battery life (rechargeable) of over 48 hours. The Gen 3 System has begun rolling out in Australia, Cyprus, France, Greece, Italy, Israel, the Netherlands, New Zealand, the UK, and Spain. The product will be on display at EASD.

The continued use of Bluetooth and now the move to a consumer-grade Android phone should facilitate interoperability with other devices, especially CGM and automated insulin delivery. Cellnovo is involved in three potential AID systems with TypeZero (now owned by Dexcom), Diabeloop, and PEPPER. We wonder if Cellnovo will follow in the footsteps of Roche, SOOIL, SFC Fluidics, and Ypsomed and join JDRFs open-protocol AID initiative. With an increasingly crowded AID space, having an open-protocol pump could prove critical for competing.

For context, Cellnovo received a CE Mark for its Gen 2 Bluetooth- and Android-enabled pump in December (launched in January), and this move to Gen 3 takes that a step further with the move to a consumer-grade smartphone (rather than its own custom medical device).

As of June Cellnovo finally announced the start of large-scale manufacturing of insulin cartridges with Flex. Still, it ended 2Q18 with €4.5 million (~$5.4 million) in cash, leaving less than one quarter of cash at the Q2 burn rate. The company has had a hard time scaling historically, and the pressure will be on in the coming quarters now that cartridge manufacturing and this improved handheld are available. 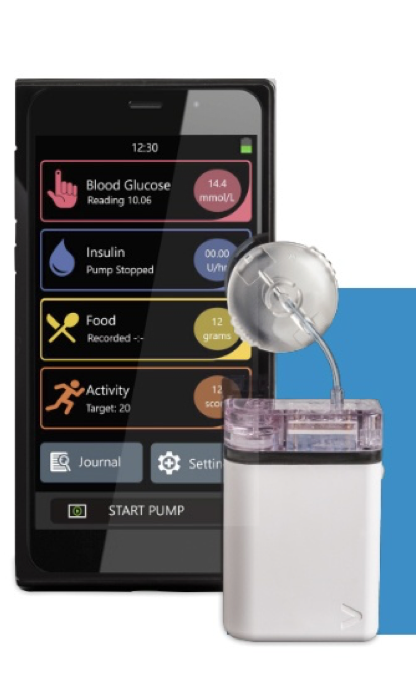