GVOKE will launch in two device form factors: a pre filled syringe (“GVOKE PFS”) coming to the US in the next 4-6 weeks (~mid-late October 2019) and an auto-injector (“GVOKE HypoPen”) launching at some point in 2020 (the manufacturing is more complicated and can only start to ramp now). Both device formats will be priced at parity to current glucagon kits and to Lilly’s just launched Baqsimi – ~$280.80/dose. We are working to better understand gross and net margins in the field; presumably, the cost of GVOKE will go down substantially over time as volume grows. We can’t wait to see when Novo Nordisk and Lilly will stop manufacturing traditional glucagon kits. 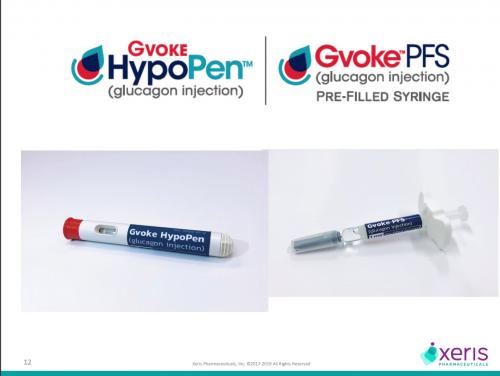 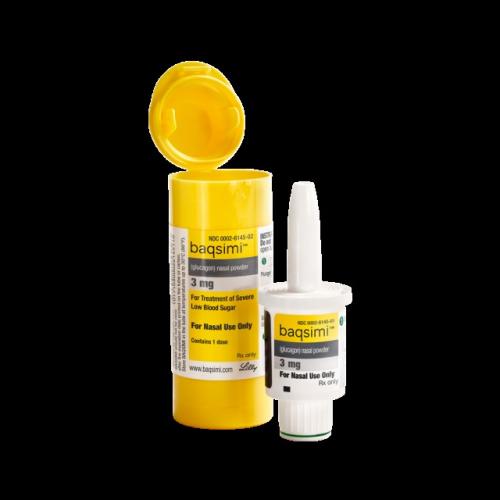 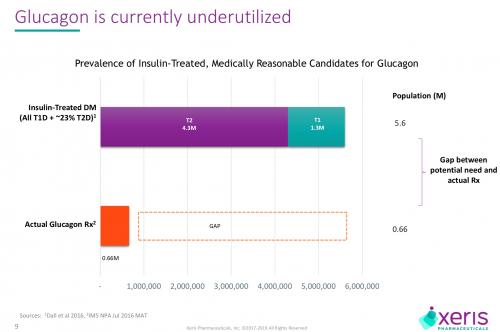 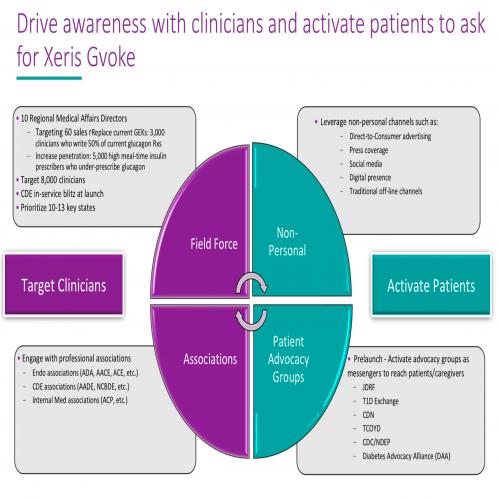 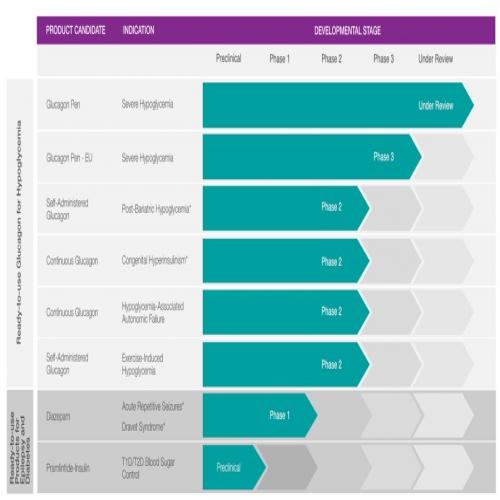 Q: What do you think about the general launch of this product? Do you see patients switching very quickly or would this be a market where you need to create a lot of awareness that your product format is now available? On the overall size of the market, you talked about 660,000 prescriptions are being filled annually - how many of these are repeat prescriptions for individual patients?

Mr. Paul Edick (CEO): We believe there is a great deal of anticipation in the market. Our market research suggested that there are patients who really do want better solutions and are not filling prescriptions because the kit that has been available is just too difficult or scary. We anticipate that there are people who will go to this relatively quickly. In terms of the 660,000 prescriptions that are filled annually, it’s hard to tell if those are repeat patients or not because to some degree, some of them might very well be people who have had prescriptions that were outdated but just refilled again. I don’t have that data at my fingertips, but we anticipate there will be conversion from the current kit, patients who have never had a kit that come into the market, and physicians who prescribe for a broader subset of the patient population given the easier nature that these devices do provide.

Q: What is the frequency of which patients may reserve the product based on the number of [severe] hypoglycemic events in a year?

Q: At peak years, what would you expect with regards to the two presentations: the prefilled syringe and auto-injectors? Are they an even split, or do you think there will be more auto-injectors?

Mr. Edick: Actually, when we first started this process a few years ago, we thought it was all about the auto-injector. Our market research over the last year-and-a-half led us to believe there is almost an equal audience that liked the idea of a pre-filled syringe. The patient population is used to giving themselves injections. Parents of children or adolescents with diabetes like the certainty that the injection took place. I think we’re going to see a 50-50 or 60-40 split.

Q: Just to confirm on the pricing side, there is no difference between the pre-filled syringe presentation vs. the auto-injector presentation?

Q: With regard to the supply chain for the auto-injector, will the launch be early 2020, or are you able to narrow down the guidance on the timeframe?

Mr. Edick: I can’t narrow it a great deal right now. With the approval, we have a final sign-off with the FDA on what our specifications are for manufacturing. That scale-up process is starting now. It needs to be validated, and then we need to manufacture to commercial scale. We’re going to do it as carefully and painstakingly as we need to, and we’ll introduce the auto-injector as soon as it’s available. In the meantime, patients have a dramatically improved form in the pre-filled syringe. We think it’s going to be widely accepted, and at some point in 2020, we’ll have two options for patients. Even if you include the nasal glucagon from Lilly, we’ll have a few options that will make life a lot better for the diabetes community.

Q: My final question is on the competitor’s product. Even though it’s been in the market for just one month, do you have any thoughts on the launch dynamics?

Q: If you think about growing actual prescriptions in patient use and awareness, what’s the strategy? Is there a DTC rollout? What are you thinking about how quickly that can happen? Additionally, with respect to Lilly, do you think about that as a first-mover advantage for Lily or a bigger voice in the marketplace that you can have? In general, how are you thinking about Lilly and possibly a third competitor coming in?

Mr. Edick: A third competitor is a year-and-a-half away, so I think the market is going to shape up in whatever way it’s going to shape up over the next few years. A third competitor will be in a place to take share from us or Lilly. Over the course of the next eighteen months to two years, Lilly is an important voice in the marketplace. Lilly for the first time is marketing a glucagon product. For the first time in my memory, it’s talking to the endocrinology and diabetes communities about the fact that they honestly should have glucagon handy. This is an important message, and as a company, it will send that message. It’s going to be talking about the fact that there are new options available and that the current kit does not really meet patients’ needs. Those are all the right messages in the marketplace, and those are all the right messages we believe should be in the marketplace. That is going to help to bring people back into the market and get them to fill prescriptions with these new devices. I think to your first question, there are going to be people who are now motivated to have something that otherwise wouldn’t have been.

Q: The investors are looking for the launch and ramp here in 2020. How are you thinking about current cash position vs. burn as you ramp up fully commercially?

Mr. Edick: I think we’re in a pretty good shape from a cash position. We raise money when the opportunity presents itself. Our ramp commercially is sort of set by some degree by doing a little bit less in Phase III clinical trials. The work we’ve got going in clinical is Phase I and Phase II as opposed to Phase III work. I think the burn is going to increase somewhat, but I don’t think dramatically.

Q: Are you still on track for an EU filing? We’ve talked about that being a potential source of non-dilutive capital. Is that still from a partner perspective an opportunity?

Mr. Edick: The simple answer is yes. We continue to see partners in Europe. We’re still on track by the end of the year. I just learned this morning we now have a scheduled date for a pre-filing call with the EMA. We also have a couple of the other potential glucagon uses that we’ll have data for later this year. That’s all on track, and we are looking for partners for our glucagon products in Europe. Keep in mind that one of the things we’ve said publicly over time is we anticipate that our pricing strategy OUS would be aligned with US pricing. That presents a higher hurdle for any potential partner because people are used to taking products from the US and pricing them for a fraction of the US price around the world. That’s not an approachable give-and-take, and we’re also not seeking an approach where we’re seeking reimbursement immediately in a lot of countries. We’d probably seek to sell to the cash market and the self-pay market and then seek reimbursement once securing a foothold in sales. That presents a more difficult situation for the traditional partnerships we’ve historically seen in our industry.

Q: Would you be able to provide details about your co-pay program, or is it too early to ask about that? Additionally, in the past, you’ve talked about the potential for an individual patient to keep a couple of pens at the office or home. Would the co-pay program or reimbursement allow for a couple of pens to be refilled by the same patient?

Mr. Edick: Keep in mind that we will be selling both a one-pack and a two-pack. The co-pay program would allow for two-pack. In certain situations, patients might pay as little as $0 out-of-pocket and maybe upwards as much as $30 or $40. We will aggressively drive down the co-pay situation for different patient populations. We will have a program in place for people who don’t have insurance or don’t have any personal means that they are able to apply for assistance. We want to make it as easy, simple, and inexpensive as possible for patients to get access to our products.