UnitedHealthcare (UHC) recently announced that Apple Watch (up to Series 3) is now integrated with Motion, the program that offers employer-sponsored plan members up to $4/day for meeting fairly rigorous “FIT” goals: 500 steps in seven minutes six times per day; 3,000 steps in 30 minutes; and 10,000 steps per day. Beneficiaries with their own Apple Watches can now integrate their devices with the Motion app, passively logging their activity data and viewing progress on the watch face. Those without an Apple Watch can receive and start using one, initially paying only tax and shipping, and then apply earnings toward the purchase price of the device. Nice! The press release suggests that six months of meeting daily walking goals could pay for an Apple Watch, though at up to $4/day ($1,500/year!), it could be possible within 3-4 months. According to CNBC, if a participant’s earnings don’t cover the cost of the Watch after six months, he/she is liable for a percentage of the cost.

Beyond the addition of the top-selling wearable to the Motion armamentarium, where it joins wearables from Fitbit and Garmin, the press release and CNBC piece offered the most data we’ve seen to date on the innovative program, which we’ve been following closely since CES 2017.

UHC says that >45% of eligible beneficiaries, or “hundreds of thousands of people,” are enrolled in Motion through their employers. Excitingly, people with a diagnosed chronic condition diagnosis are 20% more likely to participate, and those with diabetes specifically are 40% more likely to participate! Among participants who registered their device, 59% “stayed active” for at least six months, which the press release notes to be a rate higher than gym memberships (29%).

Since the program’s inception three years ago, UHC has doled out nearly $38 million in rewards, up $8 million from the last update we heard in May.

The incentives system seems to work, as the average daily step count of a participant is 11,980, vs. ~5,200 for the average American adult. One could argue that these are people who own wearable devices so they’d be more likely to walk more in the first place, but the fact that people with diabetes are 40% more likely to enroll is extremely encouraging – especially as we think about extending a program like this to CGM in the future. Could this feed into the Dexcom pilot of CGM in type 2 diabetes? That program has been using Fitbit, but perhaps an Apple Watch could also be added.

Equally encouraging is an internal UHC analysis that found that employers who joined the Motion program spent $222 less per member during the first year than those employers who did not opt into the program. This is far from a controlled experiment with a matched control arm – e.g., the employer bases may be inherently different, and the analysis doesn’t account for baseline cost – but it does suggest there might be a positive return on investment.

Some doubt has been cast on the role of financial incentives in promoting health, but we see these as another tool in the box: people are motivated in different ways, and casting a wide net is the way to go in our view. Of late, most notable in diabetes has been Medtronic, who has launched its Inner Circle CGM gamification app – offering points for time-in-range that can be redeemed for health-related things. We haven’t heard much about how that’s going, but like the approach. John Hancock, Qantas, Oscar Health, and Walgreens also have financial incentives to make people healthier, and given how easy it is to track things now, we imagine these will expand if the data shows cost savings. We’re very optimistic about UHC Motion and other similar programs, especially if they can boost health engagement in new populations.

Q: Could similar financial goals related to time-in-range offset the cost of using CGM? What has Medtronic learned so far from Inner Circle, its CGM gamification app focused on meeting time-in-range goals?

Q: How is the type 2 diabetes CGM pilot with Dexcom/UHC/Fitbit going? What has been learned?

Q: Is this a major blow to Fitbit? Will Apple one-up Fitbit on payer integrations and business models around the hardware? 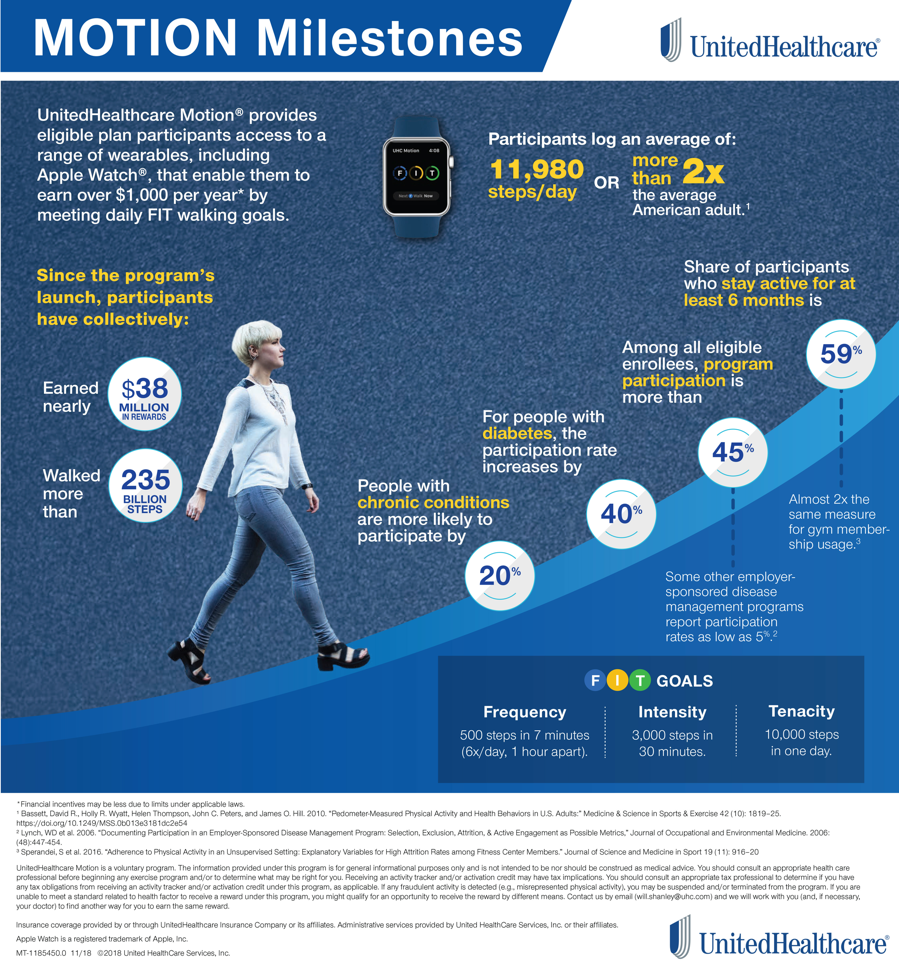