On Monday, Arkansas-based startup SFC Fluidics announced an “Industry Development and Discovery Partnership” with JDRF. SFC will receive JDRF funding (amount not specified) over two years to develop a single pod automated insulin delivery device – integrating a tubeless patch pump, a CGM sensor, and an algorithm into a single on-body, disposable pod worn for three days. This project is still in “early stages of development and requires preclinical testing. SFC anticipates an FDA submission in 3-4 years. If successful – a definite “if” at this point – it would be a tremendous form factor win and a competitor to Insulet’s Horizon device with Dexcom’s G6.

The announcement does not mention a specific CGM or algorithm, and it’s unclear if SFC already has these in house or will seek to partner/acquire them. The company does have partnerships and expects to provide more details in the upcoming months.

Insulet actually had something similar in development under the previous management team (CEO Duane DeSisto), but it was dropped once the new team came onboard and the Dexcom CGM partnership was rekindled at ADA 2014. There are some technical barriers SFC will need to overcome, including: (i) pump vs. CGM sensor sterilization (something Insulet spent a lot of time on); (ii) maintaining accuracy for a three-day wear CGM sensor; (iii) inserting both devices under the same on-body pod; and (iv) maintaining a small on-body size with everything integrated. Of course, CGMs are becoming longer wear (10-14 days), and limiting to three-day wear would put ~1/3 of the wear time during the least accurate period (day one); this could also increase costs relative to longer-wear systems.

This patch pump startup has been under the radar for nearly three years following our initial coverage in May 2014 – at the time, the company had raised $2 million and expected an FDA submission and launch in 2016. The initial focus was on type 2 diabetes, though it seems type 1 has now been added. As of that 2014 update and this subsequent post, the circular device has a small on-body footprint, a 300-unit reservoir, basal/bolus delivery via a wireless controller, and dosing in 1/100 of a unit using non-mechanical microfluidics technology. Since 2014, the company has received a couple NIH SBIR grants, one for $225,000 focused on a dual-hormone version of the pump (September 2016), and two focused on an implantable version (October 2015, August 2017).

This vote of confidence from JDRF is a big deal, suggesting the company has promising technology. We’ll be interested to see what progress is made over the next two years, and if the company indeed submits to FDA in 2021-2022. We’d guess a larger round of financing will be needed well before that occurs.

Taken from a September 2017 Article in Arkansas Online 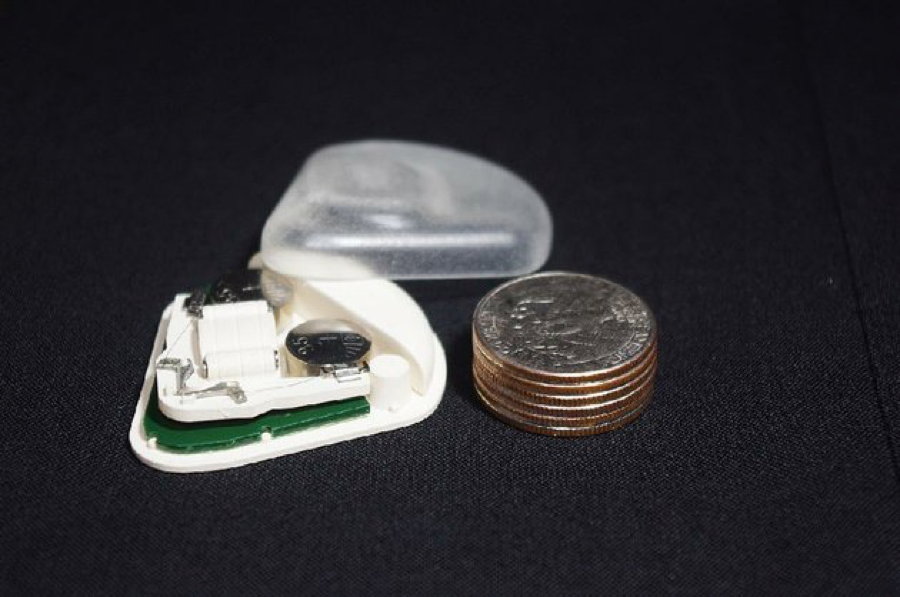