On the pipeline front, Lilly discontinued development of its phase 2 Transition Therapeutics-partnered GLP-1/glucagon dual agonist LY2944876/TT401 and a phase 1 candidate for diabetic nephropathy. The company also added a phase 1 DGAT-2 inhibitor for dyslipidemia to its pipeline and hinted at interest in developing an oral GLP-1 agonist in Q&A.

In Q&A, Lilly management emphasized the need for products to differentiate themselves and offer a compelling value proposition in the increasingly price-conscious payer and political environment. This echoes many similar comments made by executives from Lilly, Novo Nordisk, and Janssen at GTCBio 2016.

Read on below for an item-by-item overview of highlights from the call, followed by relevant Q&A. 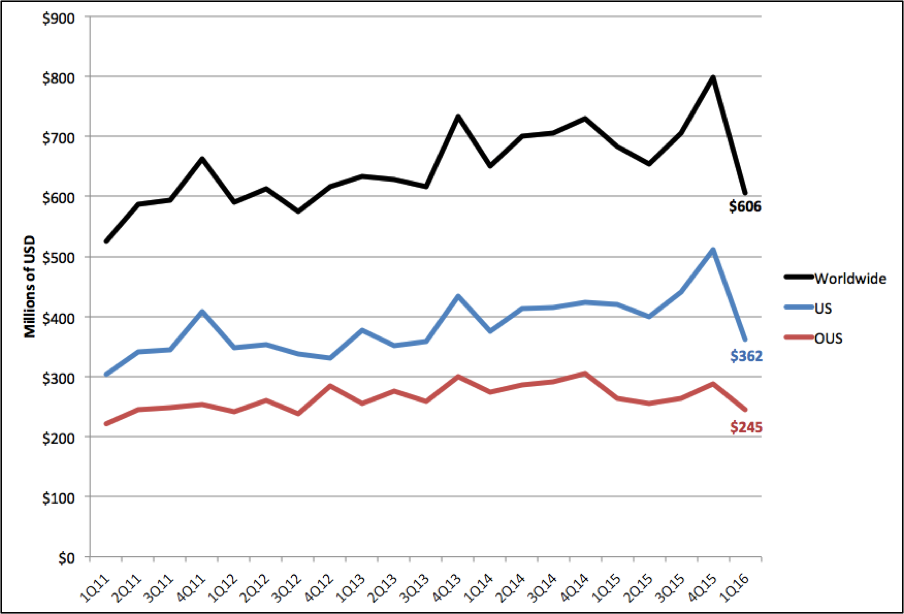 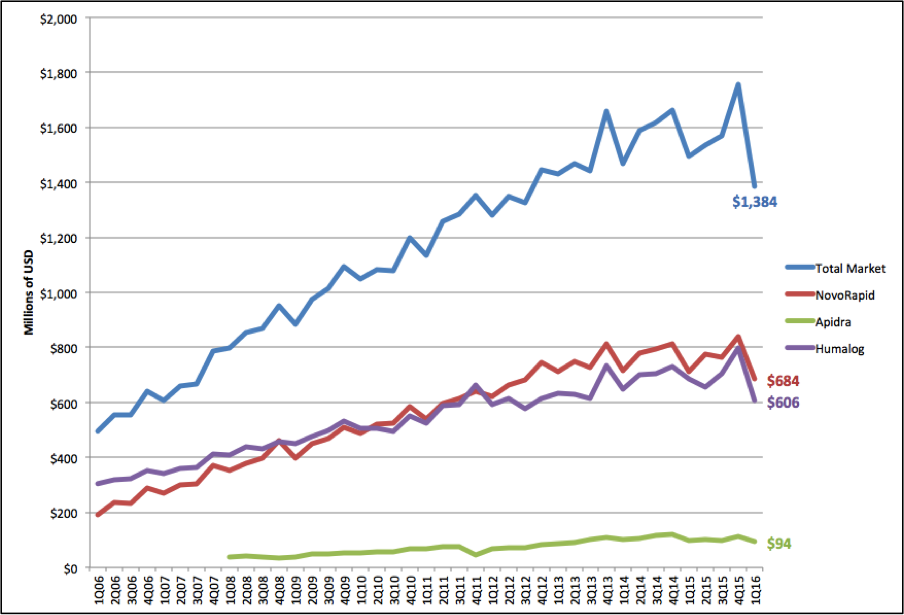 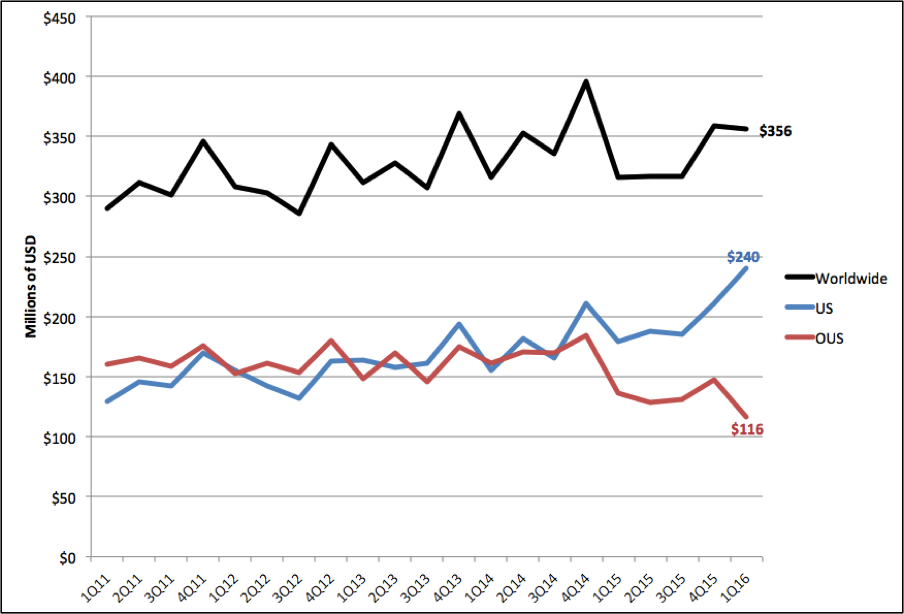 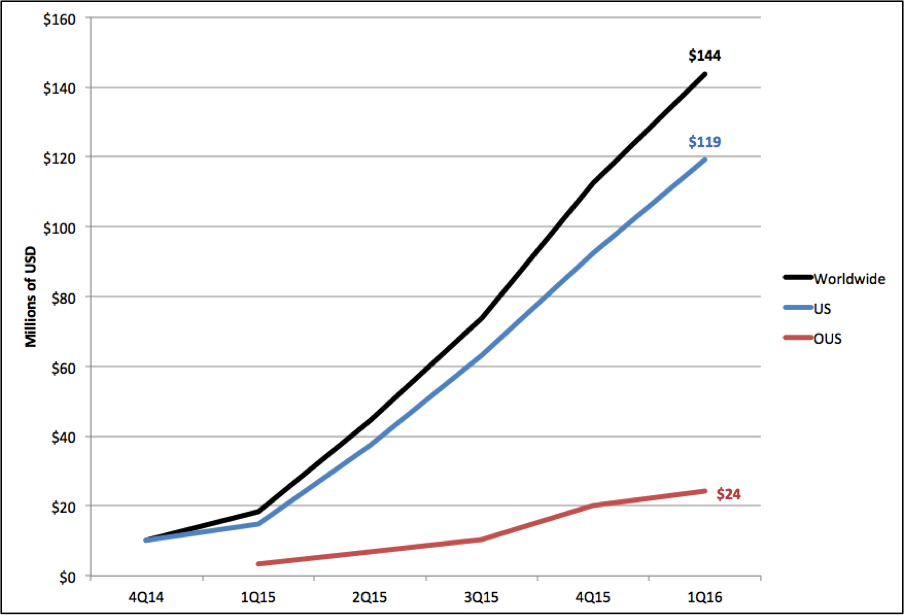 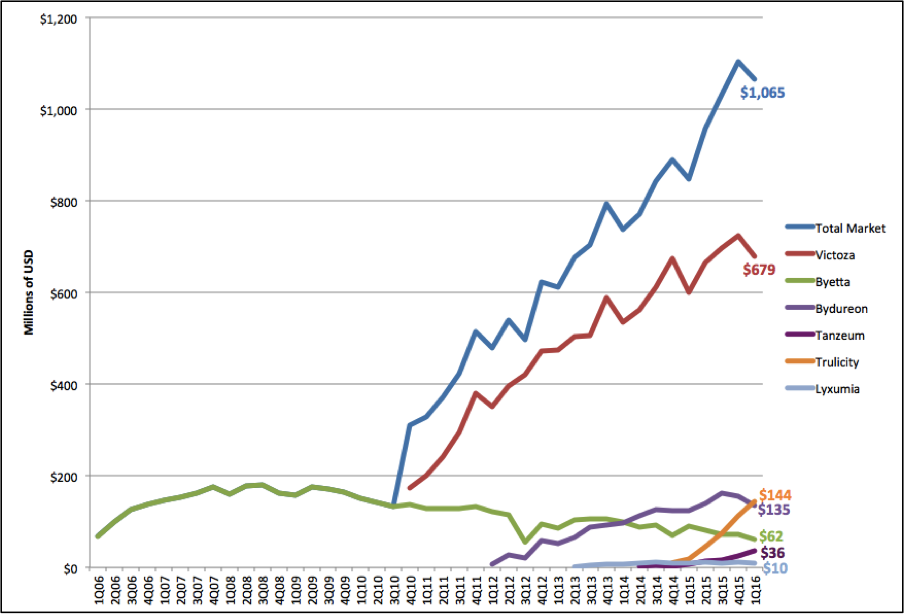 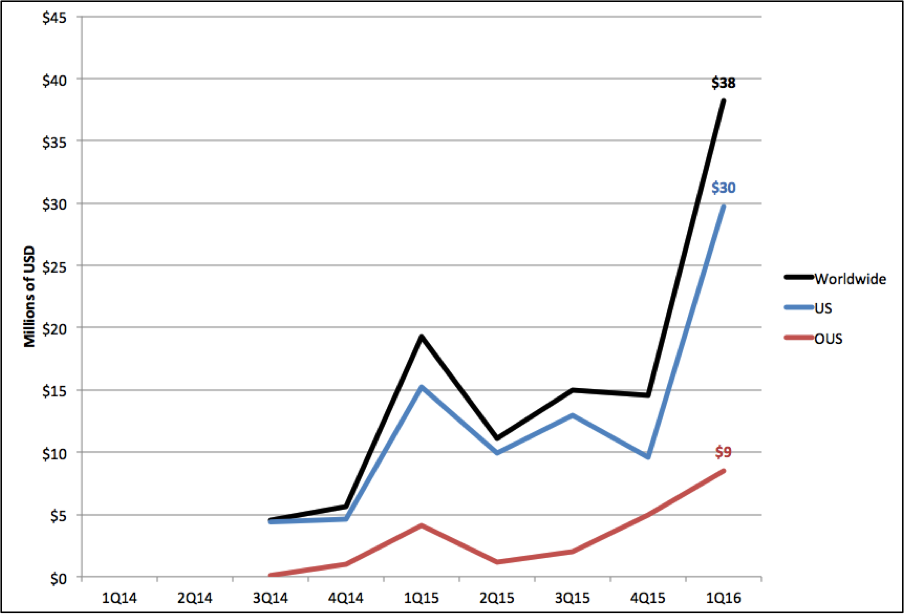 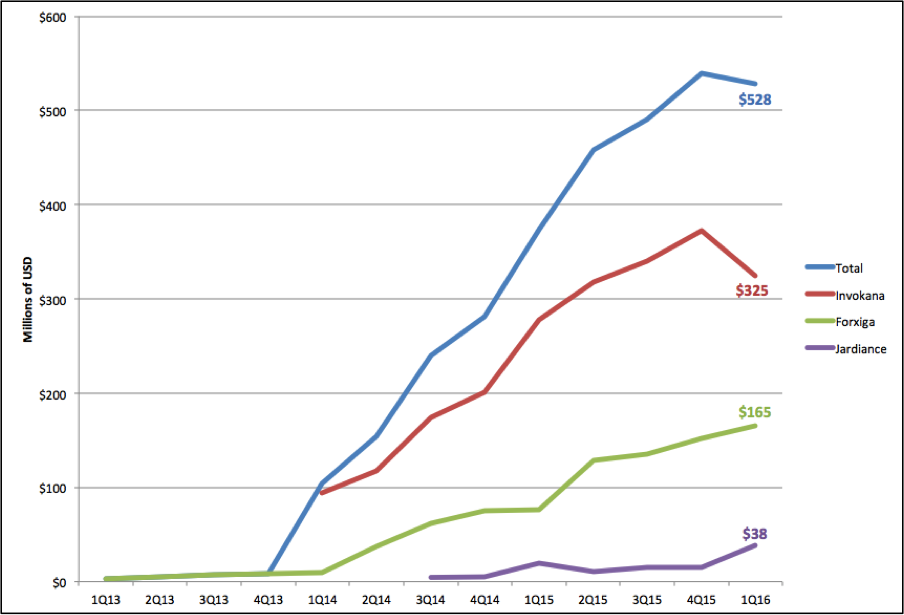 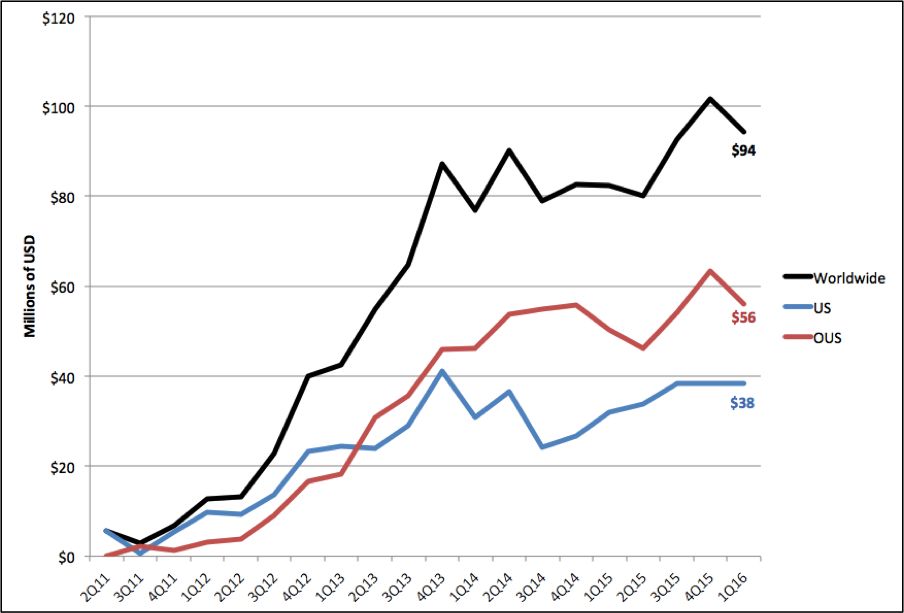 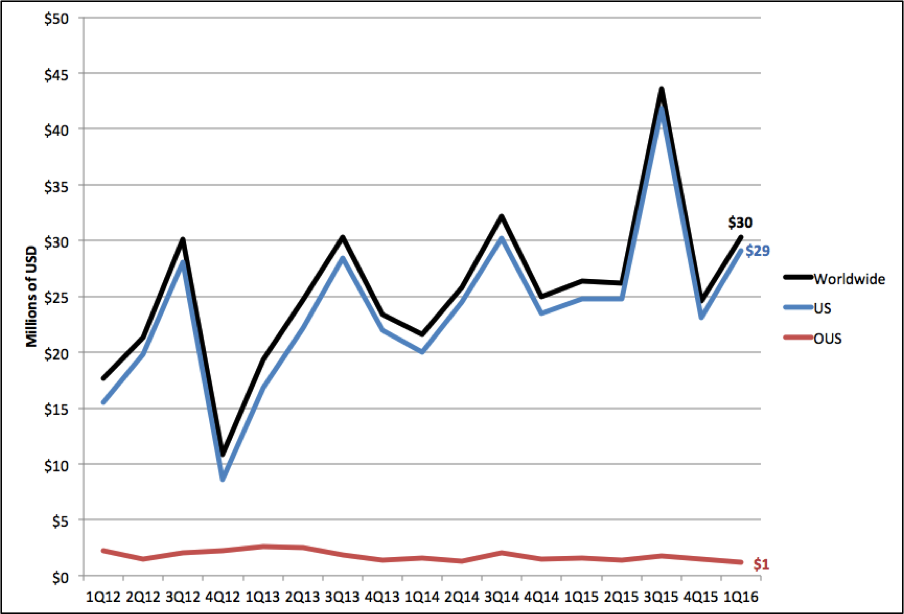 Q: Could you talk about the drug pricing headwinds debate? You've been obviously very proactive in defending the industry and calling attention to the big difference between list and realized price. I don't know if politicians understand that yet, but I think it's an important story to be told. How sustainable is the 4% price that you took or were able to sustain in the first quarter? What do you see with respect to realized price going forward for the industry? Could you comment on whether or not there has been a change in gross to net in various therapeutic categories? Specifically, I think we've seen some differences in diabetes.

A: I think a bit of the irony to me is as we hear a lot of rhetoric about drug prices increasing in the lay press, I don't think that there's been a time when this marketplace in the U.S. has ever been more competitive. I think that means ultimately that medicines that provide clear differentiation and clear value propositions are going to fare better in the future here than medicines that can be easily commoditized, which really don't adequately differentiate themselves from lower-cost alternatives.

Obviously there are different dynamics going on within different categories. For Lilly and for most companies, diabetes tends to be one of the most price-competitive parts of the business. I think we've seen that and felt that with respect to net-realized prices on our insulins, for example, over a rather prolonged period of time. Clearly we get better pricing in commercial plans by far than we get from government programs where there's largely a much greater discount realized, based on regulatory mandates.

So to answer your question, rather than to say there's going to be different pressure in different therapeutic areas, I think it's going to come down more to the products that are competing against one another. We believe that a number of the products we're launching really do differentiate themselves and therefore while uptake, as you know, tends to be somewhat slower today based on getting listed on formularies because of the way the calendar often works, we nonetheless remain very optimistic about the prospects for those new products.

Q: On Jardiance, obviously the product has a natural tailwind because of EMPA-REG, but other SGLT-2s are presumably trying to preserve their positioning in the market. If I look at slide 38 on Jardiance new-to-brand share of the market, it suddenly seems kind of flat from the start of 2016. Can you talk about the dynamics in 2016 in terms of formulary shifts and possible price competition as other companies like J&J are trying to hold share here?

A: We are pretty enthusiastic about our prospects with Jardiance overall, not just in the US but outside of the US. Probably the most significant aspect to our overall growth for this important product is going to be the overall class growth. We are pretty pleased with the type of share growth that we have seen when it comes to new patient share on total prescriptions, and there are indeed some dynamics at the beginning of the year when it comes to switching and so forth, but our overall access is very good. It's 85% plus in commercial and over 65% when it comes to Part D access.

Now the one piece that we have to watch out for is that even though total prescriptions are still growing above 45% year-to-date, when we look at new patient growth, that is basically in single digits. Now we may recall that last year we saw the class starting to slow its growth with some of the reports about DKA. With the EMPA-REG OUTCOME data, we saw some rebound in overall class growth when it comes to new patients.

So overall I think we have to wait and see. It is critical that we see both a new label and new treatment guidelines. Each of these independently will represent important inflection points. I do want to provide a little bit of color on Jardiance outside of the US because we are seeing some acceleration of the overall class growth outside of the US and we see our share growing, whether it's Germany at over 30%, Spain at 22%, Italy at over 40%, and in the UK and Canada over 10% a few months after launch. All of the trends are very positive and we're very bullish when it comes to Jardiance overall.

Q: Given the excitement over the EMPA-REG OUTCOME's cardiovascular benefit and the rapidity of how quickly the curves diverged in that trial, I imagine recruitment for the heart failure trials would be fast. These trials, if there is a real treatment effect in heart failure, could be completed very quickly. So do you think you could get a heart-failure label for Jardiance by the end of 2020 or somewhere around that timeframe? Also, do you plan to include Entresto in the control arm in either of those two planned trials?

A: Clearly, we are very excited about the opportunity to conduct both trials when it comes to heart failure for Jardiance. I'm not in a position at this stage, as we're finalizing our protocols, to comment on whether we're going to be looking at Entresto and so forth. As you can imagine, all of those are important considerations and we're finalizing that. Clearly, we are trying to expedite this trial as much as possible. We did see a very fast separation of the curves in EMPA-REG OUTCOME. Will that repeat itself in the heart failure trial? The hypothesis is likely yes, but we do need to conduct the trial and I don't want to speculate on what the indication will be. We really need to conduct these trials and see what the results are, and then we can discuss more appropriately. I'm unable to provide timing, but given what we've seen, you can expect that we're going to conduct this in an as expedited fashion as possible.

Q: Data continues to emerge for the oral GLP-1s, mainly out of Novo Nordisk, that look pretty good. If they continue to look that good, could that cause some type of an existential threat to the injectable GLP-1 business like Trulicity?

A: First I’d like to provide some context on Trulicity, because I think it's important as we look at the type of acceptance that the product is having right now. We're seeing excellent sequential growth: $74 million in Q3, $113 million in Q4 and $144 million in Q1 of 2016. Class growth is exceptional, higher than we had expected. You may recall before Trulicity launched, we were in high-single digits hovering around 10%. So we did see Trulicity as a catalyst for the growth of the overall class, and that has actually exceeded our expectations.

We are now at 18% when we look at the total prescription growth. But the one element that I do want to share is that the feedback that we see from patients and physicians who are adopters of the product is truly exceptional. Unprecedented rates in terms of overall satisfaction and reception of the product.

Now, what does that mean with we look at oral GLP-1s? We like where Trulicity stands. We do believe it's going to be a very important option long term for us, regardless of whether oral GLP-1s come into the market or not. Oral GLP-1s are going to have to show appropriate efficacy and tolerability. I think given the bioavailability of some of the options out there, you have to question what is going to be the relevance outside of the US from a cost of products sold; how profitable is that going to be? Having said all of that, we do like oral GLP-1s but we are behind Novo. It is an area of interest and one that we are investing in to try to catch up.

Q: Can you clarify what you've submitted to the agency with Jardiance? Specifically, are you requesting an indication and a claim or just inclusion of efficacy data in the clinical section? Can you just help us understand how promotion in the US can differ with an indication versus just inclusion in the label and what your base-case planning assumptions are?

A: We are requesting an indication for Jardiance and Synjardy. We believe we have the data to be able to request that. I'm not going to speculate in terms of what the indication would read, but if it were just adding the data on the label from an efficacy perspective, it would really fall short of the expectations that we have. There are differences in terms of what we can do, in terms of the value and how payers will see that and also in terms of how we will be able to promote the product. Of course we plan for different types of scenarios, but right now our expectation is that the data warrants a full indication for the product.

Q: On Jardiance and the two heart failure trials, have the companies been able to identify, aside from the diuretic effect, what other effect is occurring that could potentially benefit heart failure patients here pre-clinically?

A: Jardiance had an impressive reduction in hospitalization for heart failure, which was kind of an unexpected finding. We are now planning to perform studies in both types of heart failure patients, both with a preserved ejection fraction where the filling is a problem and the reduced ejection fraction, where it's more contractility of the heart that is a problem. And we will do these not only in type 2 diabetics, but also in non-diabetes patients to see if we see similar benefits there.

Regarding the mechanism, as you know, Jardiance reduces blood pressure. It causes diuresis, which together then could be an overall volume reduction benefit. Other vascular effects could still be characterized. We should also emphasize that Jardiance not only has an effect on CV outcomes, but it also has kidney benefits that I think need to be characterized further. Overall, we are very excited about this opportunity but there is more to be learned about the exact mechanism.

Q: How are you thinking about the Victoza CV outcome study? It clearly seems for the class, and to the extent you're studying it as well, it's a positive. But I'm more interested in the near-term dynamics as you're ramping Trulicity and as you think about a competitor with CV outcomes data, how that plays into the nearer term ramp of the drug?

A: We view the CV result of liraglutide in a positive way. We think this is going to be a huge positive overall – it's going to be a huge catalyst for the overall GLP-1 class. We view it with optimism because of REWIND. REWIND, our CV trial for Trulicity, is powered for superiority. We expect to have an interim look sometime later this year and the trial is expected to be concluded sometime in late 2018. Before I can comment on any type of near-term impact of LEADER, I'd like to see the data, which is going to be released in detail at ADA.