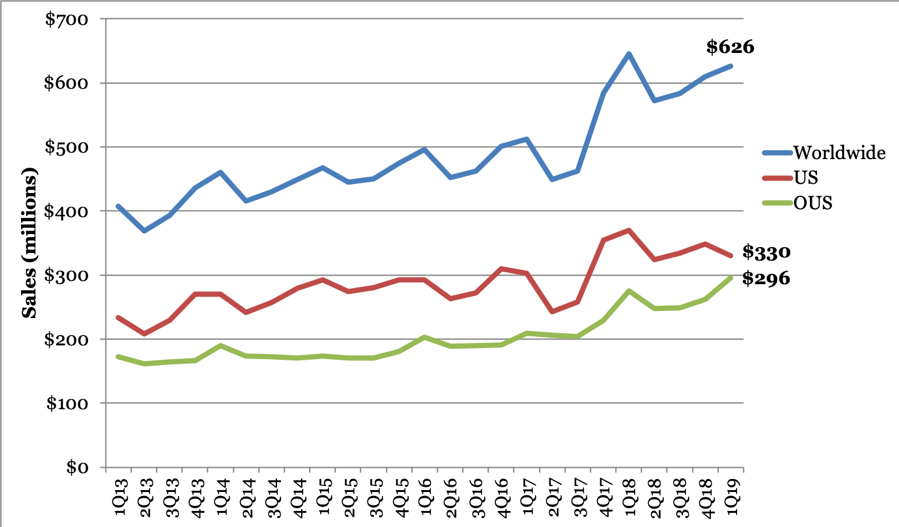 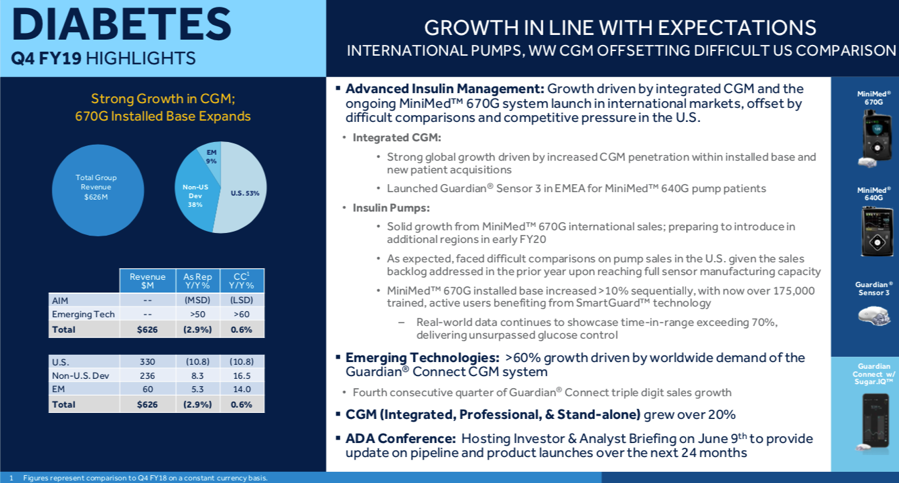 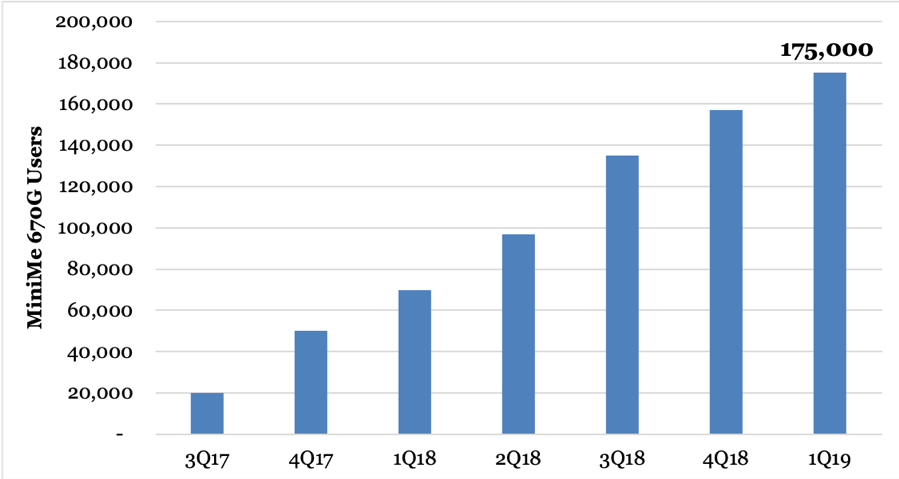 1. Non-Adjunctive CGM Filing to FDA in Coming Months, Opening Up 670G to Medicare

3. Not Mentioned: 670G Pediatrics, Mio Advance in US, 7-Day Infusion Set, Day 1 Calibration Only, and Many More Pipeline Products 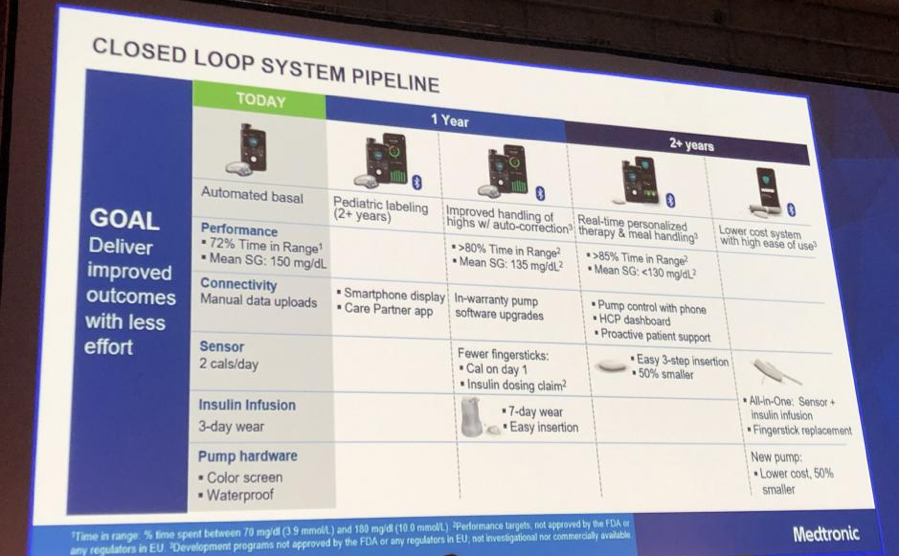 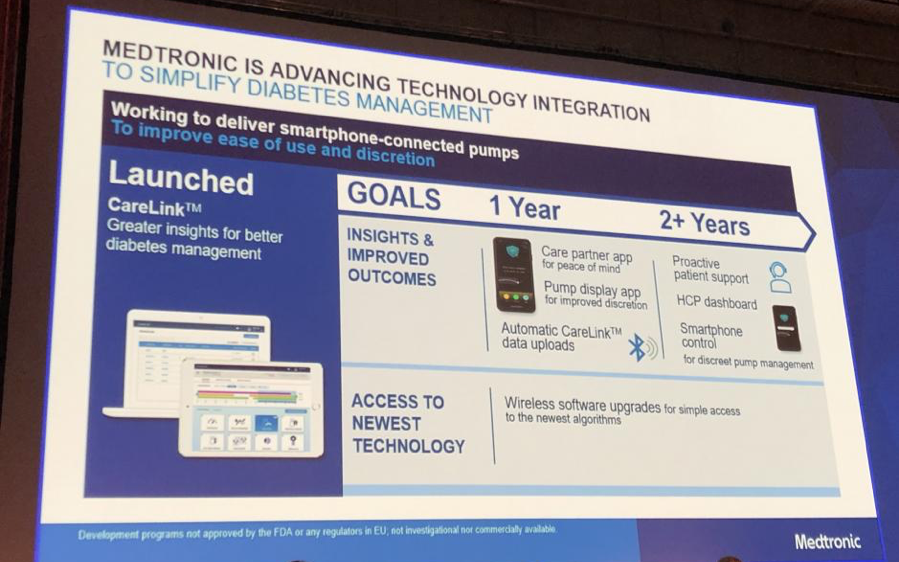 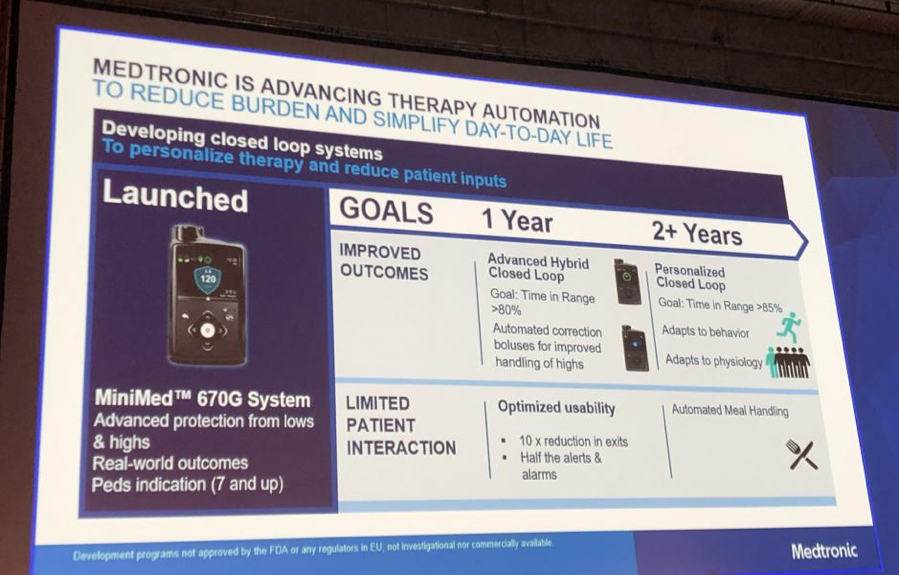 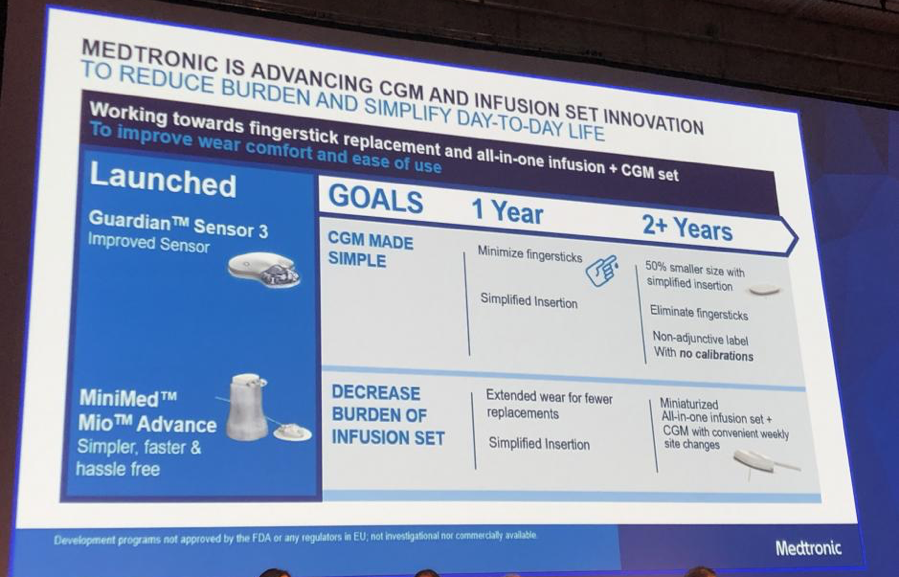 Q: In diabetes, in recent months there has been this emerging concern that the industry is changing very rapidly just given reimbursement, regulatory and various technology changes. How is Medtronic positioned over the next one to two years from a share perspective in both your pump and CGM businesses? Do you think an independent diabetes business would allow you to adapt or grow more quickly?

Hooman Hakami: We get a lot of benefits from being part of Medtronic. The scale and breadth of the company we leverage every single day – things like wafer scale technology that we're doing with CVG. As we think about global expansion, we leverage our regulatory resources and relationships around the world. So there is tremendous benefit and I think that helps us drive the growth that we need.

With respect to the competitive positioning: For all that's been said and written about the competition and its impact on us, let me give you a few data points with respect to how we finished. First, our installed base in FY 2019 grew by mid-single digits. This is true globally as well as in the United States. In addition, our patient retention rates were in line with historical rates globally. And as we think about FY 2020 we see a lot of things to be excited about. International is going to be and continue to be a big portion of our growth. This is about 45% of our global revenue and it's growing in the mid-teens and we expect it to grow in the mid-teens.

And the other dynamic that we outlined at the Analyst Day is the CGM penetration and the CGM growth of our installed base, as well as standalone CGM growth, which had four consecutive quarters of triple-digit growth.

You put all of those things together, we feel really good about our ability to be accretive to overall Medtronic in FY 2020 and that's even before we talk about the pipeline that we'll share with you at ADA, which is incredibly exciting and will bring a whole host of new innovation over the next 24 months.

Omar Ishrak: Well, there is a whole series of them. And I'll go through them because they're all contributing and they're all exciting. [..] And then last not the least, Diabetes: we expect the 780G to launch towards the end of the [fiscal] year (i.e., by April 2020) as well as the non-adjunctive labeling which will allow us greater market access and that will happen much sooner in the year. […] [In FY2021] Diabetes will have the continued rollout of the 780G, which will have significant benefits as I mentioned in the commentary.

Q: […] How should we think about more on the M&A side? I think you mentioned tuck-ins. But should we expect an increase in the rate of maybe acquisitions going forward and more focus on products and really leveraging the portfolio?

Omar Ishrak: Yes, we have a lot of firepower here and we are building it. And we intend to use it in M&A. And the focus on M&A indeed is in tuck-ins that accelerates our growth. […] We did Nutrino Health, which is a great tuck-in to our diabetes pipeline with the nutritional database – and you will see that that work through into our next-generation pumps.