iAGC (see more below on this designation) submission filed on December 22; Tidepool is looking for clearance later this year and to launch with Dexcom G6 and Omnipod compatibility

Tidepool announced yesterday that Tidepool Loop has been submitted to the FDA for 510(k) clearance as an interoperable automated glycemic controller (iAGC or “iController”). Per the press announcement, the FDA notified Tidepool of the submission’s acceptance on December 22, 2020. Tidepool expects a decision from the FDA “later this year” and aims to initially launch Loop with Dexcom G6 and Insulet Omnipod compatibility. That wide range in the timeline can likely be attributed to the unique nature of the submission and delays at the FDA, as the Agency continues to address mainly COVID-19-related devices, as we understand it. A number of other diabetes submissions are expected to take longer than usual – Senseonics published an update last month anticipating an “at least 60-day” delay for its 180-day Eversense and we believe that all device companies with US regulatory submissions are experiencing delays. Regardless, Tidepool’s submission is quite an accomplishment, just a little over two years after its original announcement (October 2018). For more on the iAGC designation and previous “iController” designation, see here and here.

Tidepool Loop’s submission for its algorithm includes data from a human factors validation study (n>50) completed in November and 12-month results from an observational DIY Loop study (n=558), for which six-month data was published in DT&T in November. The original goal was just 150-300 participants and to have had over 550 participate is truly notable. Presumably, the submission also includes plans for training and customer and HCP support – we believe this will help spread the word on closed loop quite significantly.

At present, Medtronic and Tandem, whose 670G and Control-IQ products are currently the only commercially available closed loop systems. Tidepool is not a pump or CGM manufacturer, but an algorithm and app. We expect Tidepool Loop will certainly provide a lot to those who prefer Omnipod to pumps that use traditional sets, just as Rileylink does so currently. As we understand it, Tidepool aims to have its ACE pump partners like Insulet in this case handle training for the pump itself, while Tidepool handles training for the algorithm and user interface of the app (Tidepool Loop).

Continuing its approach toward complete transparency that has been so educational for the field, Tidepool will publish all documents submitted to the FDA on its website after the FDA’s review is complete. 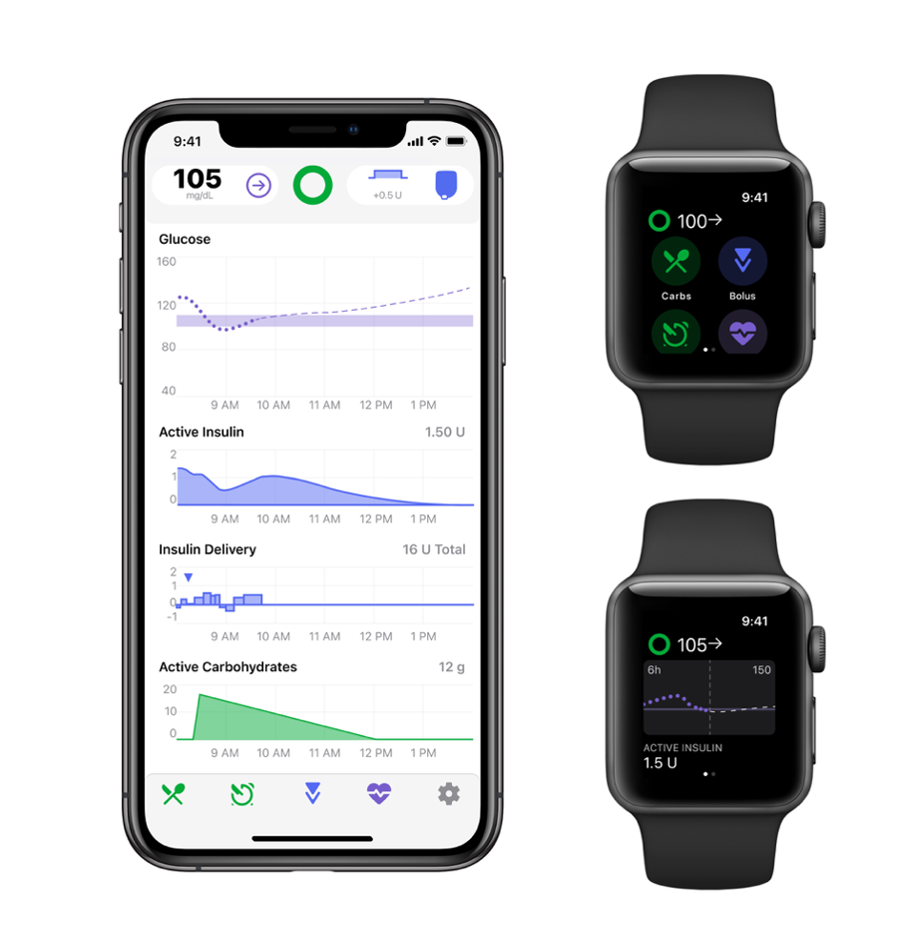