This afternoon, Tandem announced FDA approval of its t:slim X2 pump with Basal-IQ (predictive low glucose suspend algorithm) and Dexcom’s G6 iCGM for users 6+ years old. A US launch of the Basal-IQ algorithm is expected in August, including a free home software update for current in-warranty t:slim X2 users (same pump hardware). It is terrific to see no upgrade fee, as Tandem promised! Basal-IQ will launch with G6 and will not be backwards compatible with G5; more on that below.

The surprise approval for use with Dexcom’s no-calibration G6 is huge for the automated insulin delivery field, a big victory for Tandem and Dexcom, and was not expected nearly this quickly. Tandem submitted Basal-IQ in February with Dexcom’s G5, and its April call hoped to add G6 before the end of the year. FDA clearly took a very forward-thinking move with this approval, leveraging G6’s brand-new iCGM designation with interoperability in mind (cleared in March); not requiring a new Basal-IQ submission or trial with G6; and approving the first AID system with a no-calibration CGM. This approval suggests future sensor-integrated pumps will indeed be able to keep up with innovation via the new iCGM pathway – an advantage for Dexcom right now, but one we fully expect Senseonics, Abbott, and Medtronic to obtain over time. FDA’s Dr. Courtney Lias and team deserve tremendous credit for rethinking this regulatory paradigm! As CEO Kim Blickenstaff told us by phone, “Wow is this FDA different; it’s incredible.”

Tandem/Dexcom users will be excited, as they previously endured a ~2-year launch delay between t:slim G4 and t:slim G5. The Basal-IQ launch in August should come as G6’s commercialization ramps up – we’ve heard some anecdotal reports about big demand for G6, resulting in ship dates later in the summer. Users will also need time to cycle through G5 supplies.

Technically, the FDA did approve the t:slim X2 with Basal-IQ for both G5 and iCGM sensor compatibility (G6). However, software development was most efficient for Basal-IQ using a single CGM system vs. trying to integrate two systems with different requirements (e.g., two daily calibrations with G5 vs. factory calibrated with G6). Tandem believes that launching Basal-IQ only with G6 ultimately brings the most user benefit in the long run. We agree. This also means a current user could decide not to upgrade to Basal-IQ and stay on the current t:slim X2/G5.

The Basal-IQ timing is right in line for the planned “summer 2018” launch – strong execution on a plan shared 11 months ago, and a tight schedule following positive pivotal results at ATTD. The FDA review of this device was roughly five months, including the recent pivot to add G6; while twice as long as Medtronic’s MiniMed 670G three-month priority review, it did come in line with Tandem’s expectations.

Below, we include the device’s key features (mostly covered previously), a SWOT analysis, competitive implications, and questions. 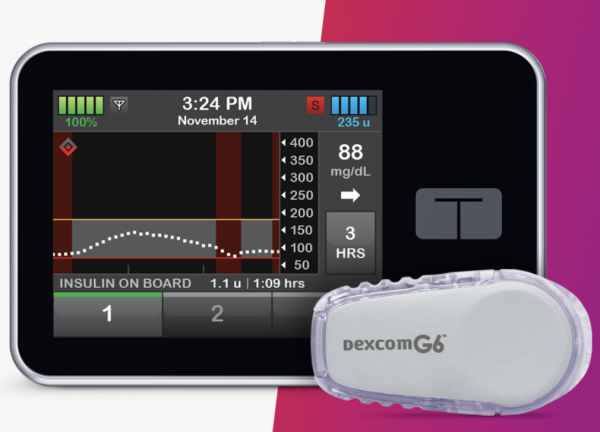 Q: What is the international timing for Basal-IQ/G6? Or will Tandem wait for Control-IQ hybrid closed loop? (Currently, t:slim X2/G5 is what’s approved OUS.)

Q: How will users choose between Tandem, Medtronic, and Insulet in the US? Will Tandem’s software update feature mitigate some of the pump choice risk? Will the G6 integration prove a meaningful advantage for Tandem?

Q: Will Basal-IQ users “hack” a hybrid closed loop by artificially raising their basal rates, knowing they have the PLGS backup in case of lows?

Q: Will Control-IQ with TypeZero launch as expected in 1H19? Will the pivotal get underway as expected this quarter (i.e., in the next nine days)?