Yesterday, AstraZeneca announced the FDA approval of its dual-chambered pen for the GLP-1 agonist Bydureon (exenatide once weekly). Additionally, we got a peek at the device and the administration procedure through the FDA’s updated medication guide (see the first bullet below). The single-use injection device eliminates the need for patient-end reconstitution, which was a detracting factor for the current version of the product as it added “hassle factor” for patients and made training more time-consuming.

The approval arrived a bit earlier than had been most recently expected, as AZ management guided during its most recent quarterly earnings call for a US regulatory decision in 2Q14, although patients and HCPs have been waiting for the pen for some time. Older estimates had it being approved as early as 2012 (travel back in time to our Amylin 4Q10 Report for an example); that didn’t happen since the FDA required additional testing. We imagine that the multiple handoffs in Bydureon’s ownership (from Amylin, to Lilly, then to BMS/AZ, and now to AZ alone) had an adverse impact on the development process – as well as, of course, the commercialization evolution for Bydureon “first gen”. The press release states that AZ plans to make the device available in the US “later this year,” which (depending on the interpretation of that phrase) could leave a few months or more between now and a launch. It is possible that AZ, planning for a 2Q14 decision from the FDA, is still working on building manufacturing capacity for the new device or training sales reps on the new device though we would assume the latter should be pretty easy, particularly with one organization and sales force now. The company has not disclosed the date of its US filing. The dual-chambered pen is under regulatory review in the EU, where it was submitted at the end of 2013, and management has guided for a 4Q14 decision there. AZ is also developing a suspension formulation and an auto-injector device for Bydureon, with filings planned for 2015. 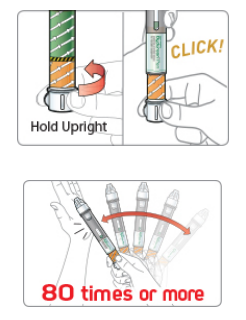 Our questions about the new Bydureon pen include: