Based on results from the nearly 30 public companies with revenue that we regularly track, our 4Q15 and 2015 Diabetes and Obesity Industry Roundup provides the high-level business and financial trends from the quarter and full year.

This report is divided into four sections: (i) overall industry highlights; (ii) diabetes drugs; (iii) diabetes technology; and (iv) obesity. Each includes sub-section analysis by therapeutic area, followed by charts with current and historical sales figures, growth, and market share estimates. We note that the data represent our best estimations in many cases since a number of companies do not disclose financial information in great detail.

1. Diabetes revenue across drugs (excluding generics and human insulin products) and devices totaled an estimated ~$11.0 billion in 4Q15 and ~$42.7 billion in 2015, falling 1% vs. 4Q14 and remaining flat vs. 2014, respectively. These weak results were notable given all the pricing fallout.

4. DPP-4 inhibitor sales fell 9% YOY to ~$2.1 billion in 4Q15 and fell 1% YOY to ~$8.7 billion in 2015. DPP-4 inhibitors seem to be losing a bit of ground with greater SGLT-2 competition and pricing pressure, but their strong tolerability profile and familiarity to PCPs should ensure that they remain a major player. We do think some physicians are confused about the heart failure data and what it means.

8. By our estimates, the CGM market grew to ~$226 million in 4Q15 (up 44% YOY) and ~$744 million in 2015 (up 41% YOY). Both were all-time records in our model, and 4Q15 represented the first time combined CGM sales (Dexcom + estimated Medtronic) broke $200 million in a quarter. Dexcom led the US market with ~66% market share by sales in 4Q15, while Medtronic held ~68% of the international market. Abbott has not yet split out sales for FreeStyle Libre. We’re very proud that CGM helped drive overall growth of the field as much as it did 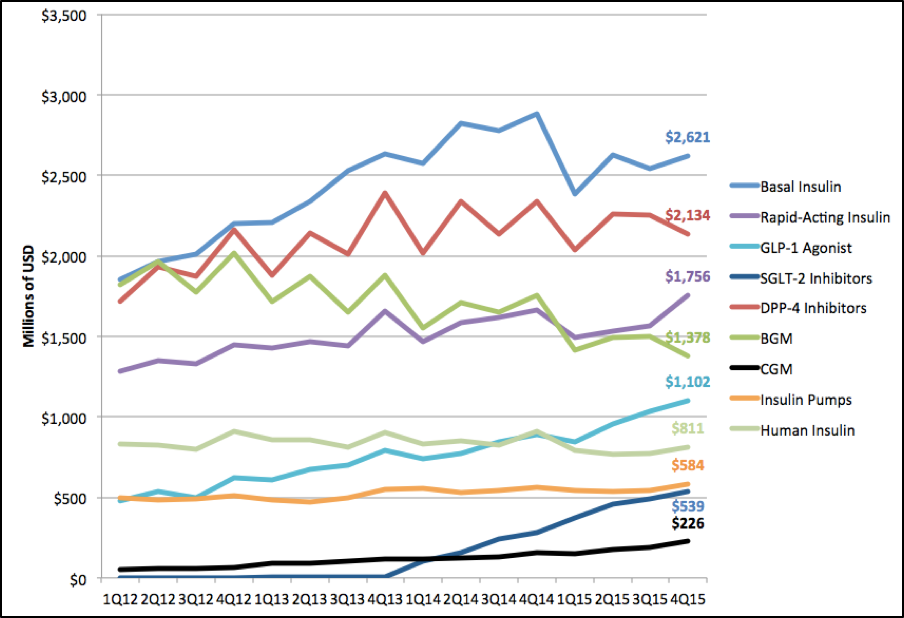 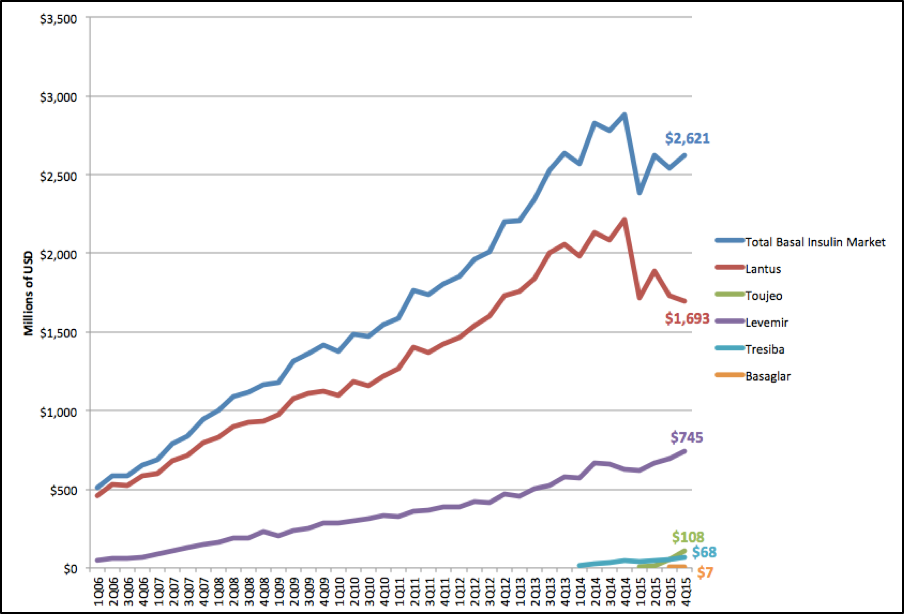 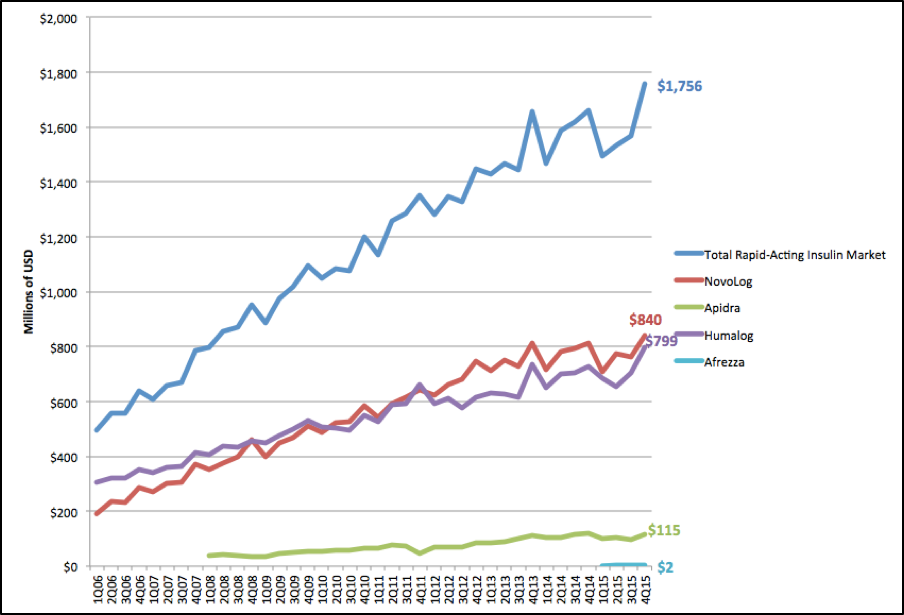 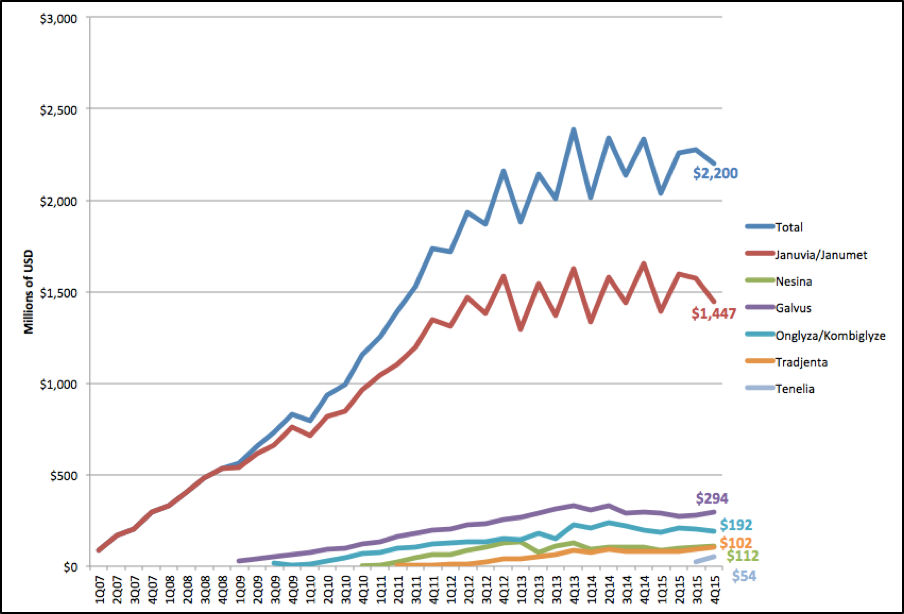 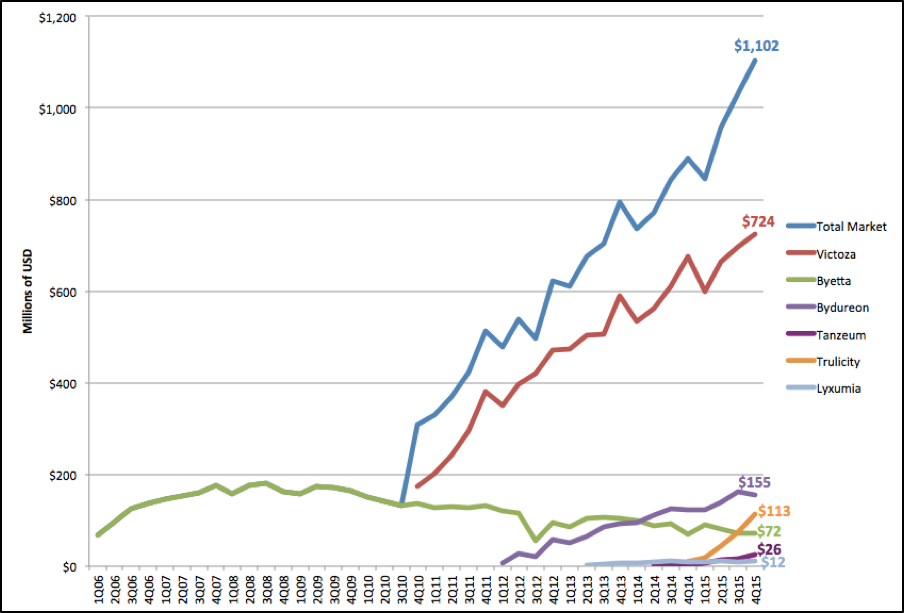 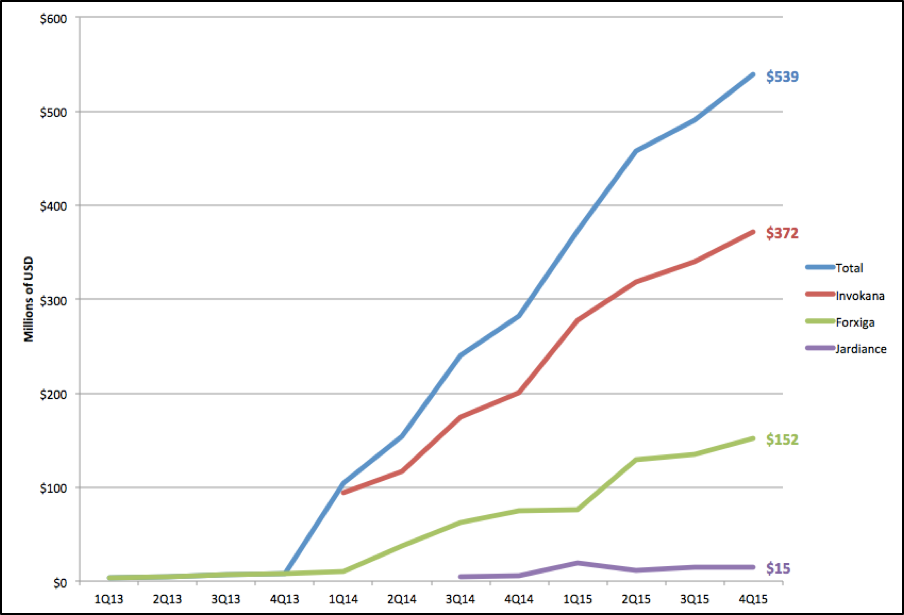 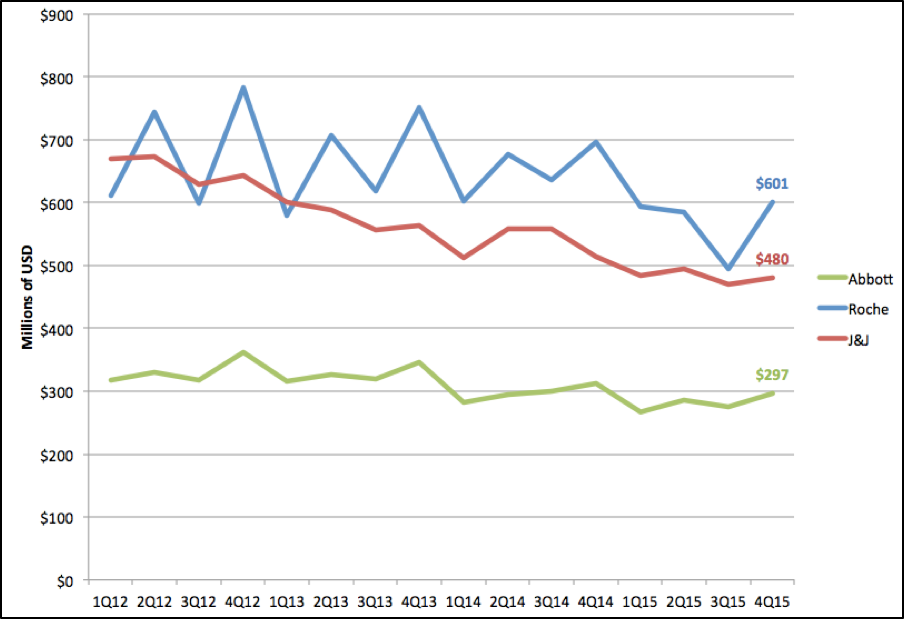 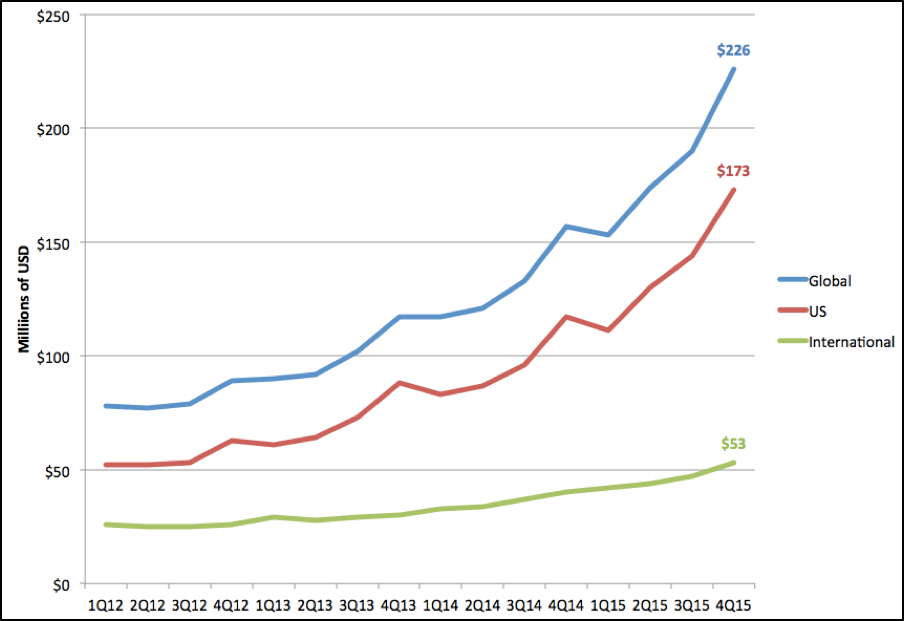 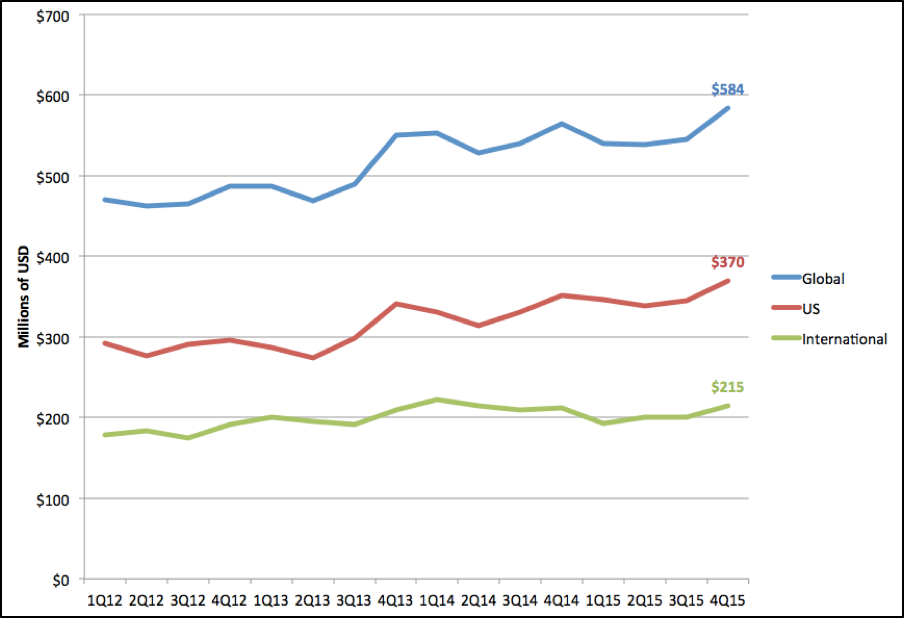 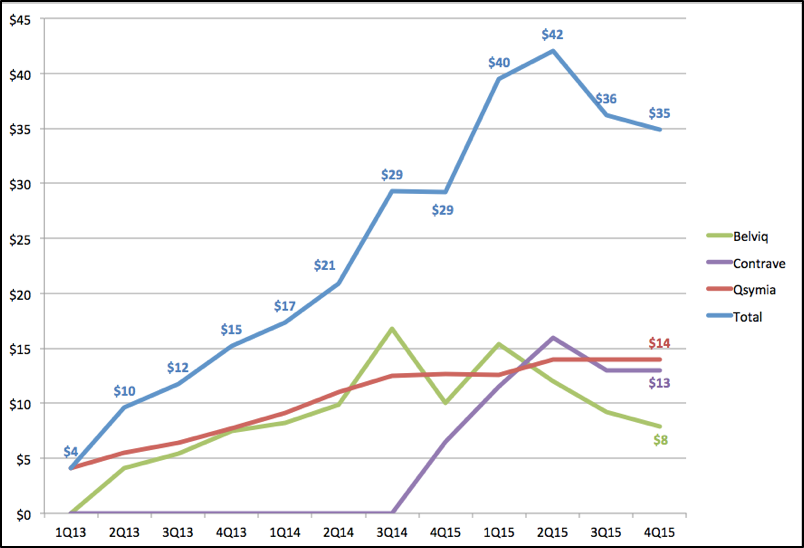