Dexcom and Beyond Type 1 commissioned a nationwide survey of people with type 1 diabetes (n=1,002) to assess adoption and awareness of diabetes technology, including CGM. Download the full PDF file here.

Adults with type 1 diabetes over the age of 18 were surveyed between September and October 2018 in a panel sourced from Lucid (a market research firm that does not specialize in diabetes). The survey population was predominantly female (75%) and white (83%); the response rate and compensation were not given.

See below for our top takeaways from the results. There’s clearly a tremendous amount of work that needs to be done in terms of raising awareness of CGM – both within people with type 1 and their healthcare providers! Dexcom/BT1 also have a one-page website up: NoMoreFingerpricks.com 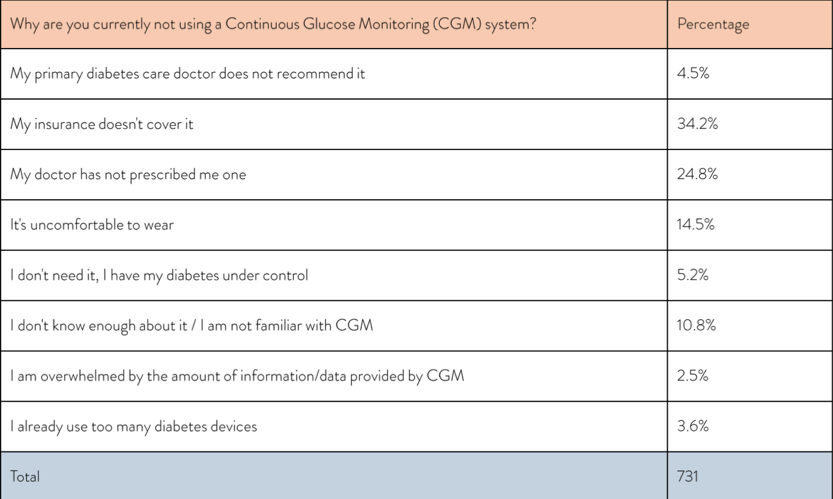 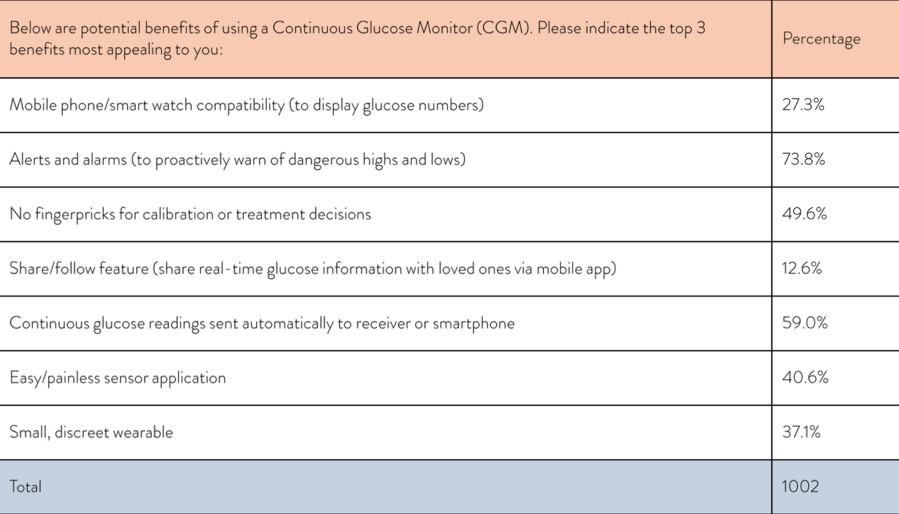 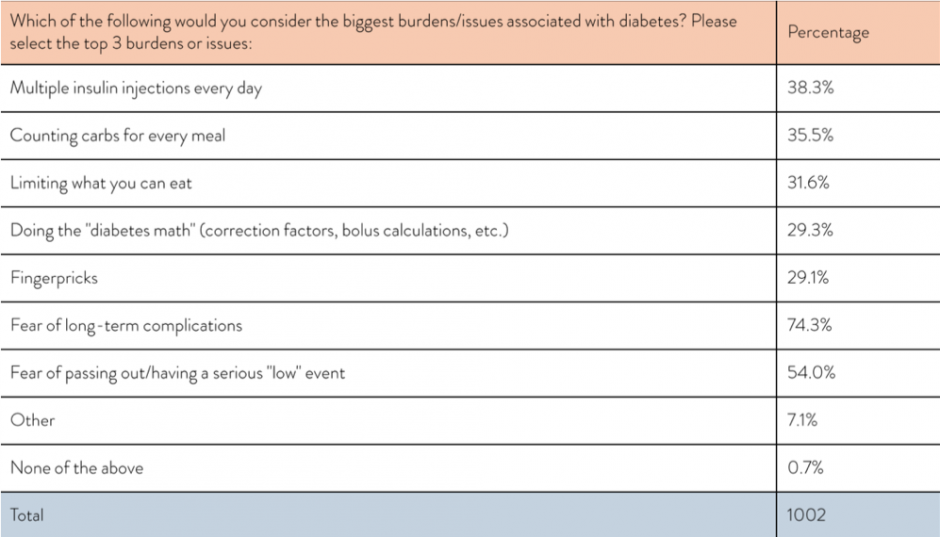