If 2016 was a year of “survival” for Afrezza (Sanofi terminated its partnership in January, MannKind relaunched the product in August), Mr. Castagna characterized 2017 as a year of “stability.” He acknowledged that it was a “challenging” 12 months, and acknowledged that while 4Q17 performance was reassuring, Afrezza could be doing even better. Management noted that 2H17 Afrezza sales of $6.4 million came in at the low end of guidance, projected at $6-$10 million.

In early October 2017, Afrezza received a highly-anticipated label update from FDA, with data added to reflect an ultra-rapid PK/PD profile (faster than Lilly’s Humalog). We wonder what impact (if any) this label claim had on 4Q17 sales growth. Management alluded to market research the company has done, revealing that endos, PCPs, and patients are looking for a better, faster mealtime insulin – there’s certainly demand for this in the real world, and Afrezza could provide a favorable option, but we imagine the positive impact of the label change on volume/sales may not appear until 1Q18 or later. This bodes well for Afrezza’s “sustained growth” in 2018.

Management emphasized that Afrezza sales to-date have been recorded when a patient picks up a prescription at the pharmacy, which is muted from the amount of product that MannKind ships to wholesalers. In 2018, the company will move to a new method of financial reporting, recording revenue at the point of shipment to wholesalers, which is something to be aware of in analyzing future quarterly results.

Throughout the call, Mr. Castagna and the rest of MannKind’s executive team maintained an optimistic view on the health of the Afrezza business: “People now view us as a stable company that will be here for the long run.” The company’s increase in cash runway as of 4Q17, coupled with Afrezza’s remarkable climb in sales, is definitely a positive sign in our view. 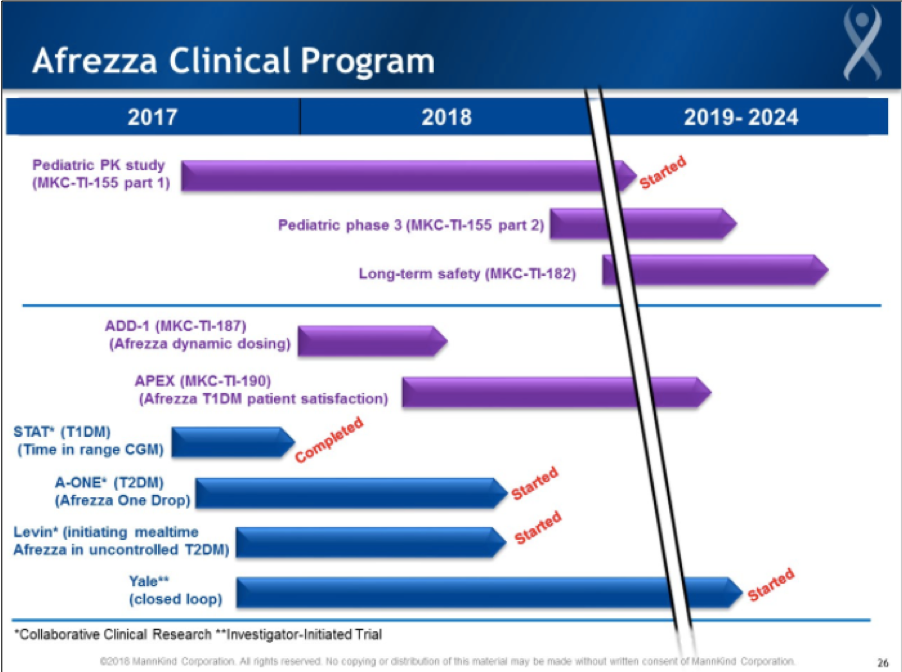