Yesterday, Dexcom announced the launch of its public API for retrospective CGM data (three-hour delay). The goal is to “Fuel Diabetes App Innovation” by harnessing the creativity of the developer community – pulling a page out of the books of Google, Apple, and many others.

At developer.dexcom.com, third-party software developers in the US can now register with Dexcom, access the API, create and manage their own novel retrospective CGM data apps, play with simulated (sandbox) data, and submit an app to Dexcom for commercial review. The site has been built out with great examples, documentation, FAQs, and a whole support system – wow is this a serious investment from Dexcom, reflecting over a year of internal development.

We are especially big fans of the approach Nutrino is taking with food; Achievement’s use of rewards; and the population health potential of Rimidi and App Practice. The One Drop and Tidepool integrations are not different from what we’ve seen previously, though as “official” partners perhaps there will be even more investment. This API does not replace Apple Health integration, which is still available for sharing CGM data between iOS apps.

Third-party developers will have access to quite a bit of information to develop novel retrospective CGM data apps, including glucose data, statistics, device info, and calibrations. These are “OAuth2” and “RESTful APIs” – exactly what open data proponents like Tidepool’s Howard Look have desired for years. Like Dexcom’s own Clarity software, apps using the API are a class I device (retrospective CGM data). Dexcom will support data partners and share best practices through the developer portal.

With this news, Dexcom continues to drive the broadest partnership strategy in CGM, understanding that it cannot (and should not) build all the useful CGM data apps. We’re elated to see it enabling an app developer ecosystem that could propel others to use CGM data “to enable new solutions and business models.” Will Medtronic and Abbott follow Dexcom’s trailblazing lead?

Q: Will Dexcom’s APIs emerge as a significant competitive advantage?

Q: How will insulin delivery data fit in, once smart pens/caps are available?

Q: What are the payer and business model implications of Dexcom’s APIs? What will this look like in two years, particularly if Dexcom launches its own decision support?

Q: Will Medtronic and Abbott follow with their own APIs?

Q: What was the hardest part of launching this?

“Discover your individual response to different foods so that you can maintain a healthy diet.” As a reminder, Medtronic is also partnered with Nutrino, including in the IBM Watson-powered Sugar.IQ app. 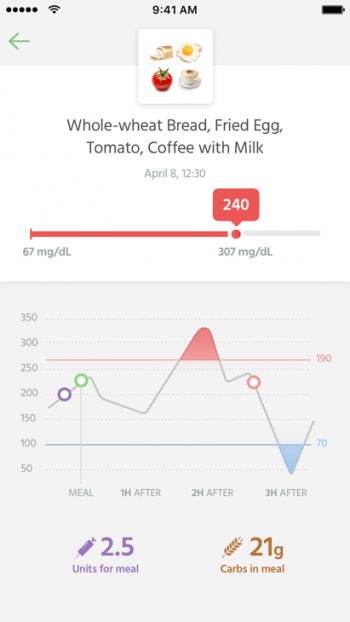 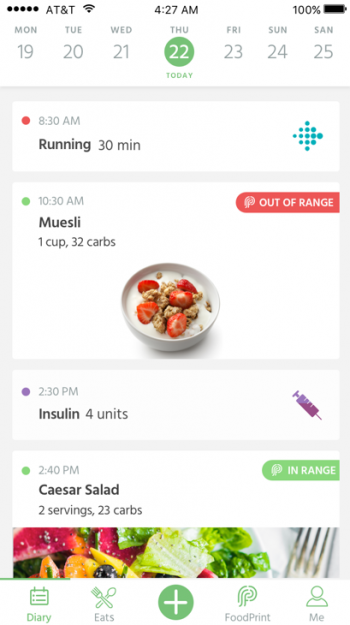 “Achievement is a tool that allows users to earn rewards for healthy actions.” 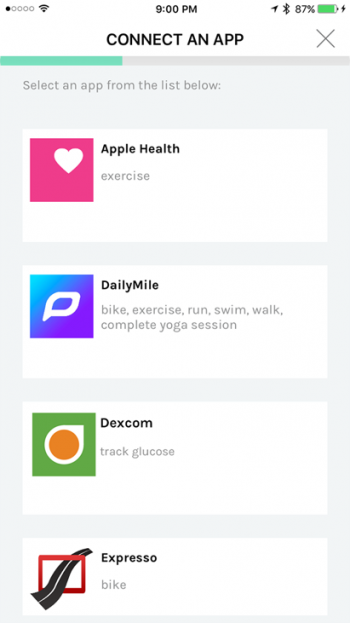 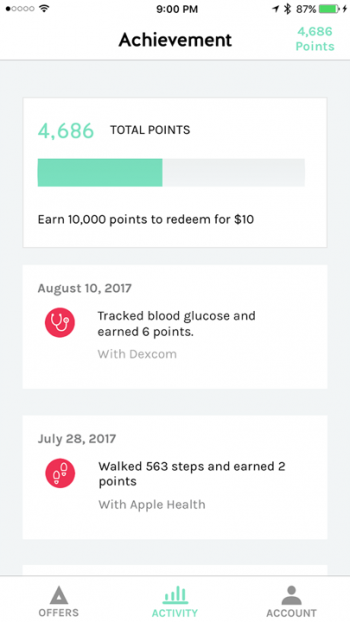 “App Practice enables patients to tackle all stages of diabetes—from pre-diabetes onward—using our clinically-tested, social iOS apps. For physicians who are tired of the status quo, App Practice enables better and faster care while increasing patient satisfaction and reducing clinical costs. Physicians can monitor the progress of patients that use the apps to better manage patient health.” 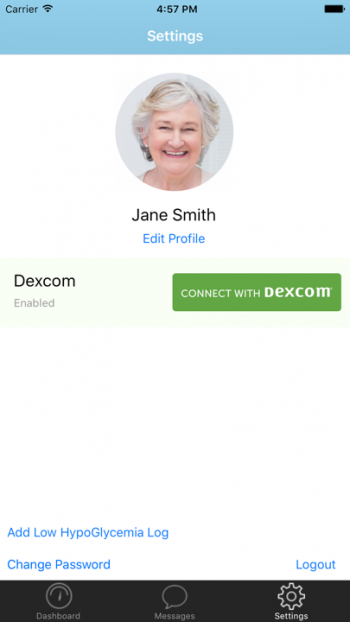 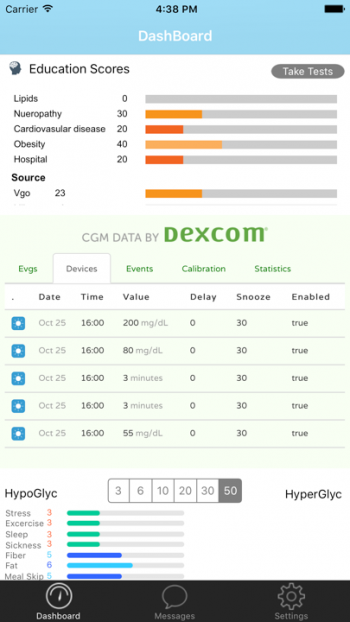 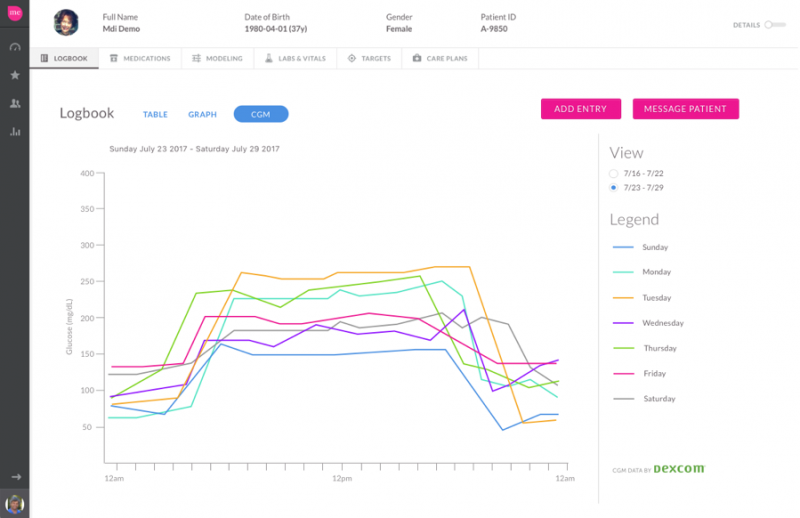 One Drop Mobile is a cloud-based diabetes management solution available on iOS and Android. Track blood glucose, food, medication, and activity data; get real-time insights and detailed blood glucose analytics; share reports with your healthcare team; and interact with a worldwide community of people with diabetes. 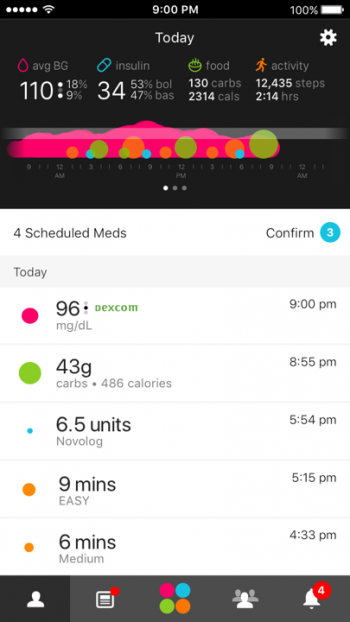 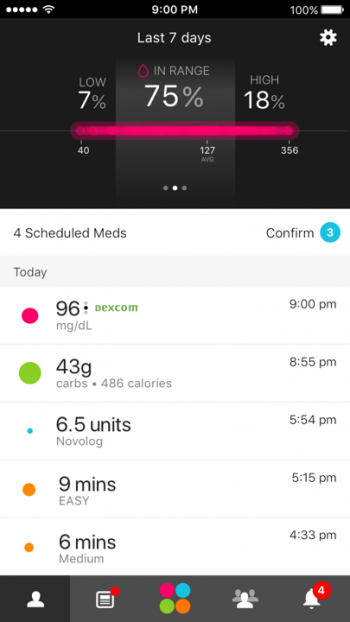 “Tidepool is free, nonprofit software that liberates data from pumps, BGMs and CGMs and lets you see it all together in one place on the web or your phone.” 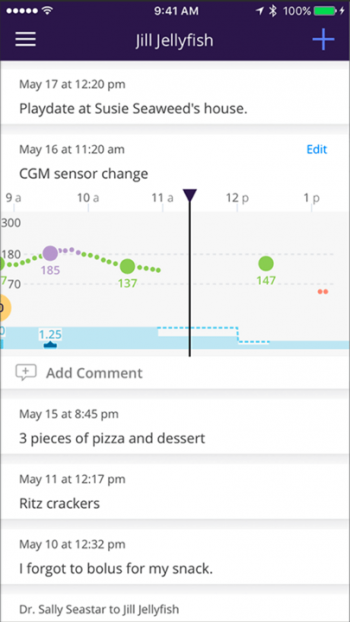 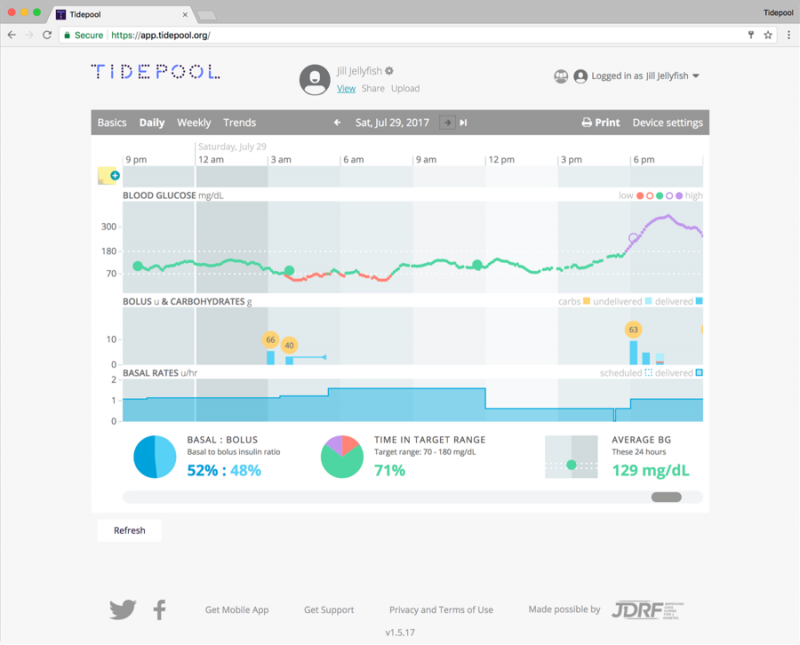 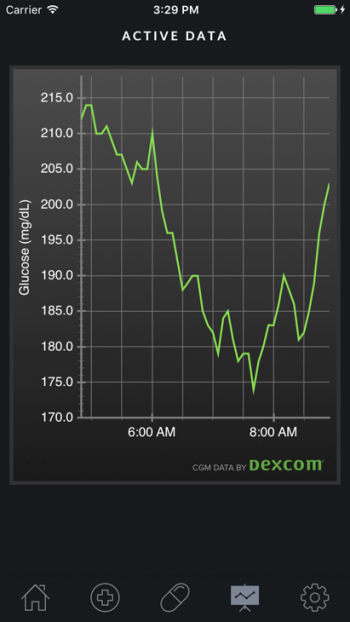 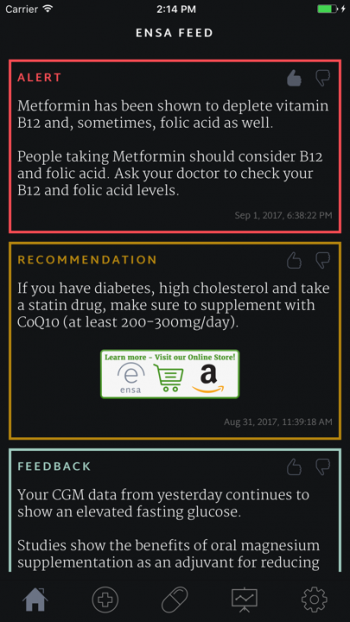 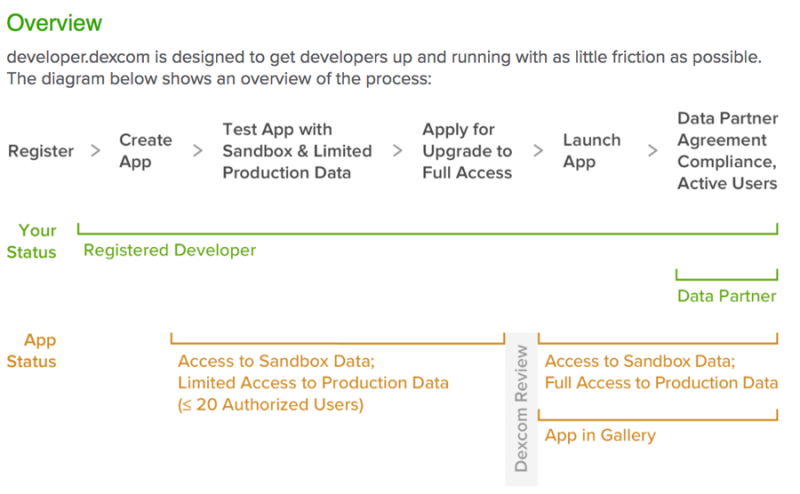