NovoPen 6 and NovoPen Echo Plus are reusable (durable) insulin pens compatible with all Novo Nordisk insulin cartridges (both basal and bolus). The pens display the dose of the last injection and time since the last injection on the end of the pen (see images below), which supports users in determining their insulin on board and in making dosing decisions. With an 800-dose memory and NFC connectivity to the platforms of companies connected to Novo’s digital health ecosystem, NovoPen 6 and NovoPen Echo Plus also make it easier for patients to log data and to keep track of their long-term insulin injection patterns. The only notable difference between NovoPen 6 and NovoPen Echo Plus is that while NovoPen 6 has dose adjustments down to 1U of insulin with a 60U maximum dose, NovoPen Echo Plus offers 0.5U dose adjustment increments and a 30U max dose, which makes it better suited to those with low insulin needs or low body weights (e.g., young children). Both pens have a “guaranteed lifespan” of 3+ years without charging.

The European launch of Novo Nordisk’s NovoPen 6 and NovoPen Echo Pen Plus smart pens makes Novo Nordisk the first major insulin manufacturer to offer its own connected pen technology, lending it a unique position in the competitive landscape. The opportunity for connected insulin pens is certainly there: estimates from Medtronic suggest that the total addressable MDI market for connected pens is at least 12X that of Medtronic's insulin pump business; from both a financial and public health perspective, we expect numerous players to be involved long-term. Presumably, having more MDI users using Novo’s smart pens will also give Novo Nordisk more insight into how its patients are using insulin in real-world settings. Combined with glucose data, these smart pen devices should generate a valuable set of real-world data for Novo Nordisk to learn from and drive better patient and provider satisfaction and outcomes.

Currently, the smart pen market is led by Companion’s InPen which was acquired by Medtronic in August 2020, but in addition to Novo Nordisk, Lilly has also made recent public announcements about its efforts in the area. Sanofi also appears to be working to develop smart pen systems of their own. There are also a number of smaller players in the European smart pen market including most notably, Biocorp and Common Sensing who both have partnership agreements with Sanofi.

What’s next for Novo Nordisk?

Looking ahead, there are a number of related efforts in Novo Nordisk’s pipeline that went unmentioned in today’s article. 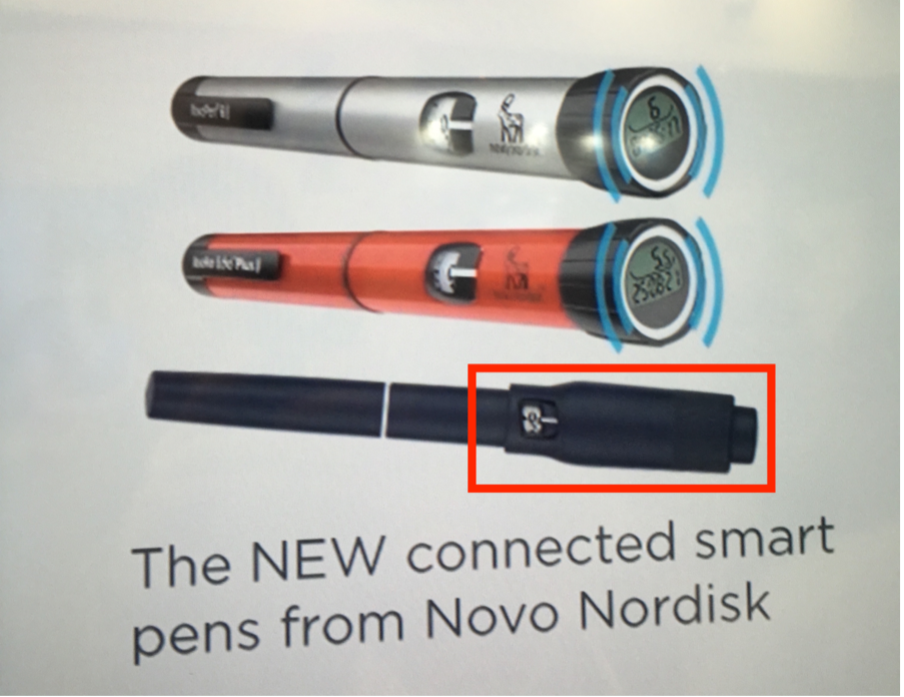 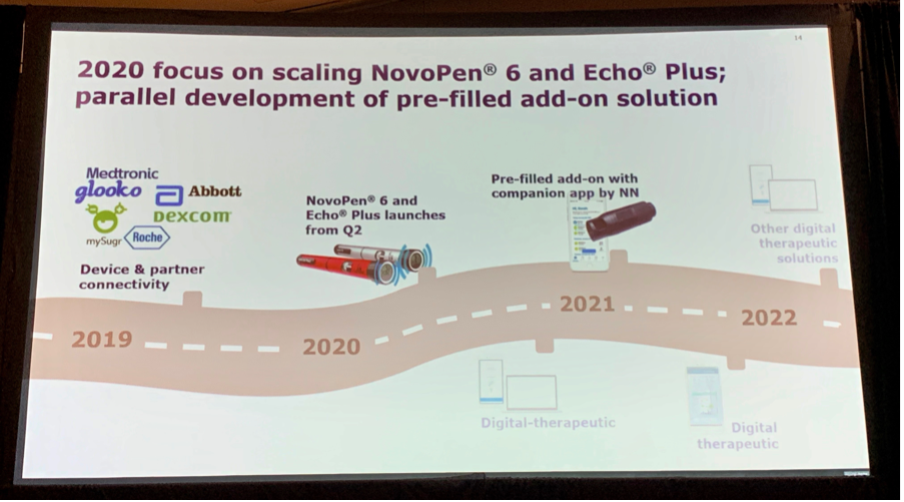 Q: Was there any official announcement from Novo Nordisk about the Sweden launch? When did it officially commence?

A: Yes indeed, on March 9th, the launch was announced in a press release in Sweden, which shared that our connected insulin pens were now available to people with diabetes across Sweden as the first country.

Q: What is the scale of the launch in Sweden (e.g., pilot at a few hospitals, etc.)? What are the key metrics Novo Nordisk is monitoring in the Sweden launch? Are there any timelines for rollout to other countries in Europe?

A: NovoPen 6 and NovoPen Echo Plus are generally available for everyone who gets a prescription to them in Sweden. People with diabetes in Sweden, who would like a connected insulin pen, should speak with their HCP.

Following the launch in Sweden, NovoPen 6 and NovoPen Echo Plus will become available in select European countries. Time frames will vary according to device, insulin brand and unique market regulations.

Q: What is the current manufacturing capacity for Echo Plus and NovoPen 6?

A: We are building up capacity to supply a range of markets.

Q: Have there been any changes in the feature set for either pen since the most recent update? Are the pens already integrated with Abbott, Dexcom, and Medtronic CGMs?

A: As shown on NovoPen 6 (novonordisk.com), NovoPen 6 and NovoPen Echo Plus are or will soon be integrated with the solutions from Glooko, Roche and Abbott. For further details regarding the plans with Dexcom and Medtronic, please reach out to the companies for a statement.

Q: Does the pen data go to Glooko, exclusively? Is there, or will there be, a Novo Nordisk-created software data management solution for providers?

A: In our strategic partnership with Glooko, we aim to more closely connect with how people with diabetes and HCPs manage the complexities of diabetes in the real world through digital solutions, including apps and HCP platforms like Glooko’s in-clinic solution.  Glooko’s in-clinic upload box (labelled as Diasend or Glooko in the USA) consolidates data from more than 170 glucose meters, continuous glucose monitors, insulin pumps and activity trackers into one single dashboard that is visible to both HCPs and users at diasend.com.

In order to further facilitate the leverage of the NovoPen 6 and NovoPen Echo Plus data in different diabetes management solutions to the benefit for people living with diabetes and providers, we launched the Novo Nordisk Developer Portal in November 2020. The developer portal offers developers of apps, software systems and devices to connect their solutions to the Novo Nordisk’s connected insulin pens.

There are already 15+ companies connecting their solutions with our connected insulin pens besides our five global partners.

Q: Is there any timeline for FDA submission and launch of the smart pens in the US?

A: Following the launch in Sweden, our connected insulin connected pens will first become available in select European countries, and with regards to North America, we do not reveal any specific launch plans.

Q: What is the status of Novo’s re-usable pen attachment device?

A: We are developing a smart add-on device for pre-filled insulin pens which is now in the final development phase.

Q: Does Novo Nordisk still have plans to build out its own digital therapeutics (see DTM 2019)?

A: We are working on a digital therapeutics solution to help when people are starting on basal insulin. The solution aims to extend the advice and guidance of HCPs, as their patients adjust or ‘self-titrate’ their insulin dosage. We are looking forward to sharing more information about it later this year!