Cellnovo announced 3Q17 financial results in a press release last week, reporting modest sales of €218,408, which dropped 28% YOY and 24% sequentially. Pump sales were down 44% YOY and 36% sequentially, with only 38 new devices shipped (despite reported “high demand”), bringing the total shipped since launch to 774. The press release cites this decrease in shipments as wholly responsible for the company’s sales decline. As of September 30, Cellnovo still has €18.7 million (~$21.8 million) in cash – presumably still providing runway through mid-2019.

As has been common in recent quarters, Cellnovo announced another delay in the manufacturing transition to Flex. Per the 2Q17 update, full production was slated to occur by end of August (also a delay), but further optimization is needed. A progress update is now expected in January 2018, meaning this plan is now running over a year behind 3Q16 expectations. Oddly, a handout at EASD claimed “large-scale, automated production” of the cartridges was now available, which does not appear to be true. The company’s execution continues to be disappointing, though fortunately it does have a lot of cash in the bank and several AID projects in the works.

In November 2016, Cellnovo submitted a 510(k) to the FDA, and has since been asked to provide additional details to the Agency (e.g., in regard to issues of biocompatibility). Cellnovo plans to meet with FDA reviewers to ensure that its answers are adequate and expects to obtain FDA clearance in 2018. A more specific update will be shared after the FDA meeting. A US launch was previously expected by the end of 2017. We’re not sure if the company will commercialize with a partner or raise money to do so on its own in the highly competitive US market.

As for the company’s automated insulin delivery bets, there are now three moving along – a smart strategic play to leverage the pump in multiple programs. Updates: 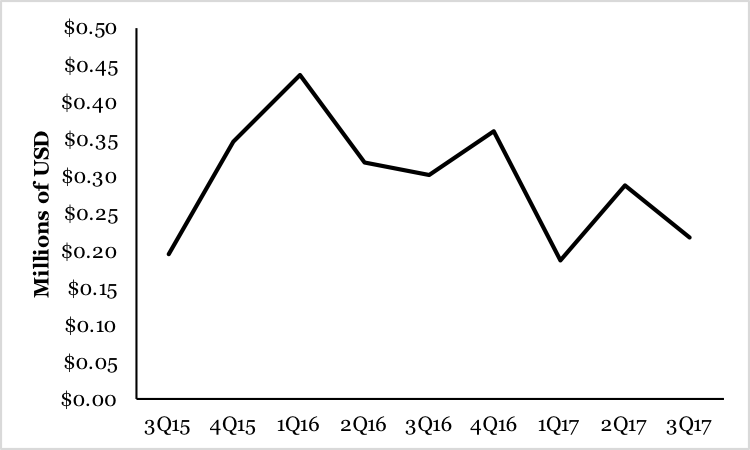