Atlanta-based startup Supersapiens today announced the closing of $13.5 million in early stage funding, bringing the company’s total funding to $18 million to-date. This latest funding was led by Michael Hartweg, the founder of MICA Ventures AG and included big names from both investing and high-performance athletics. These names include Ed Baker (former VP of product growth at Uber and head of international growth at Facebook), Harvey Shwartz (former co-president and CEO of Goldman Sachs), Remi Duchemin (co-founder of OC Sport), and Eric Min (founder and CEO of Zwift). Per Supersapiens’ press announcement, this funding round represents the “largest investment in the sports glucose monitoring space.” See our deep dive into the start-up from September 2020, as well as our in-depth interview with CEO Phil Southerland.

Following European launch in September 2020, Supersapiens now has “more than 2,000” athletes using its platform with Abbott’s Libre Sense Glucose Sport Biosensor. Notably, Eliud Kipchoge, the world’s fastest marathoner, has been wearing Abbott’s Libre Sense in training and recently wore it during his win at the NN Mission Marathon in preparation for the 2021 Tokyo Olympics. Currently, Supersapiens is a non-exclusive distributor for Libre Sense which is available in Austria, France, Germany, Ireland, Italy, Luxembourg, Switzerland, and the UK.

This most recent round of funding for Supersapiens indicates there is significant interest in glucose monitoring from within the community of endurance athletes. Notably, one investor, Mr. Eric Min is the founder and CEO of Zwift, a multiplayer online cycling and running platform that has gained significant traction during the COVID-19 pandemic from the broader population; it already had a following among serious athletes pre-COVID-19. While Supersapiens is targeted at people without diabetes, raising awareness about CGM and the value of glycemic control is likely to have big benefits for the diabetes community. Not to mention, as sports and wellness CGM continue to grain traction, we see this as a key avenue toward reducing the stigma associated with wearable health technology that so many people with diabetes experience. 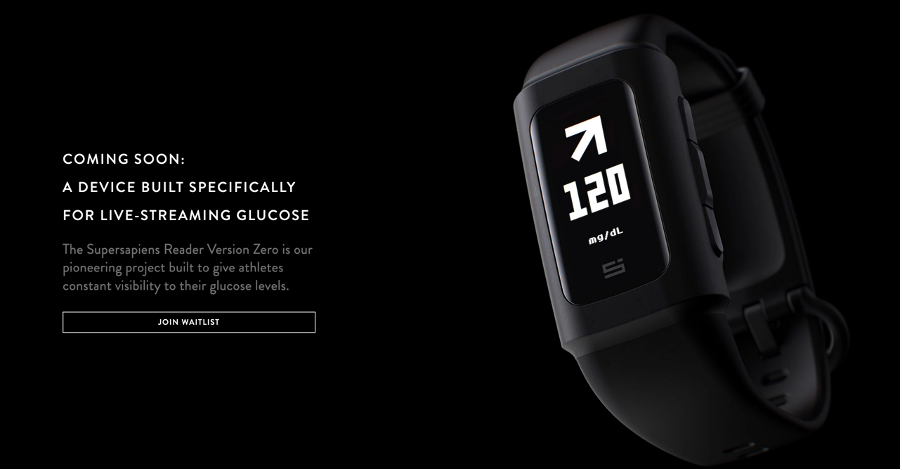