Abbott updated its website and sent an email to announce that FreeStyle Libre is now available at major US pharmacies, exactly two months after FDA approved the 10-day wear, factory calibrated sensor as a replacement for fingersticks (prescription required). FreeStyle Libre is available at the big-name pharmacies – Walgreens, CVS, Walmart, Rite Aid, and Kroger – right on track with prior guidance for a rollout by the end of the year.

The official wholesale acquisition cost (WAC) is $36 per 10-day sensor and $70 per reader (one time cost), lower than we were expecting. What matters more in the US is the end user pricing, as the cash price at pharmacies is slightly higher and varies by chain – through our own calls, each 10-day Libre sensor at our local CVS costs $52.99 ($5.30 per day), and a reader goes for $96.99. At Walgreens, each sensor costs $42.99 ($4.20 per day) and readers go for $84.99. This comes out to roughly ~$159 per month (CVS) and ~$129 per month (Walgreens) for sensors, or roughly $4-$5 per day cash pricing. At ~$90 at the pharmacy, the one-time reader cost is separate. There is obviously no reusable transmitter for FreeStyle Libre, which saves a lot of cost over competitors. Overall, this end-user pharmacy pricing is in line with the cash-pay monthly prices in Europe for sensors (~120 euros per month) and readers (~60 euros).

Abbott is still in negotiations with commercial US payers and CMS, so US patients will be paying cash for now. There is no online ordering option like in Europe, as FreeStyle Libre needs a prescription.

A big question many are wondering is how FreeStyle Libre’s US pricing compares to Dexcom’s G5. In short, it depends on the framework. See the table below for what we know, since Dexcom focuses on “net price” and Abbott has only shared the WAC price, which serves as a starting point for payer discussions. Roughly speaking, Abbott’s net price for sensors (what it receives in revenue after discounts) will be less than $3.60/day, or ~38%-50% lower than Dexcom’s net price of ~$5-$7/day (assuming 10-14 day wear, ~$70/sensor). However, based on looking at our own Aetna insurance, the reimbursed price for Dexcom’s G5 is roughly 48% less per year vs. buying Libre with cash in pharmacies (without coverage). These pricing comparisons are naturally imperfect, since Dexcom is primarily DME and Abbott is pharmacy. More below!

Obviously, both products’ features differ too – connectivity, alerts/alarms, fingerstick calibration, sensor shutoff/restart. (See this table for a side-by-side comparison.) We’ll be fascinated to see how the US market evolves in 2018 with Abbott, Dexcom, and Medtronic all driving to expand CGM penetration in the US!

See our Q&A for thoughts on the CGM market overall –  if conversion in Medicare alone for people on insulin were anything close to 100% (which, on an individual basis, we hope it is so that they can actually benefit from personalized care), this would be billions in revenue for CGM (if you’d like our draft spreadsheet, let us know!)

How Does FreeStyle Libre’s US Pricing Compare to Dexcom?

How Does Paying Cash for FreeStyle Libre In a Pharmacy Compare to Dexcom’s Out of Pocket for Someone with Reimbursement?

* See the screenshots at the end of this article for Dexcom G5 claims billed through our Aetna insurance.

Q: How will patients naive to CGM choose between Dexcom and Abbott? What about between CGM and BGM? How much will the CGM category grow in the US in 2018?

Q: Will pharmacy vs. DME distribution make any difference to patient uptake of CGM? Will Dexcom move to the pharmacy channel, assuming Abbott paves the way? What will advertisements look like? (As a sidenote, we hope very much that pharmacists are learning about the benefits of CGM.)

Q: Will Dexcom be able to maintain its pricing, given the wider array of features in G5, particularly related to alarms, which are very associated with cost-savings? How will Abbott’s pricing evolve with the second-gen Libre that adds continuous communication? How will Dexcom’s pricing change with G6 and Verily gen one?

Q: How many patients want to get on CGM right now, but cannot get reimbursement coverage and/or cannot afford out of pocket? To what extent will Abbott’s FreeStyle Libre change this? How will type 1s in particular and type 2s on mealtime insulin perceive the lack of alarms? (We believe this will not be as big a deal to many patients on therapy like GLP-1 and SGLT-2s, but this is a small population and still remains to be seen.)

Q: How many years behind will T2D CGM penetration lag – could type 2s on insulin reach 5%-15% CGM penetration in the US in five years? What will be the biggest drivers – payer pilots, pricing, easier-to-use devices, coaching, clinical studies?

Q: What will Medicare coverage really look like? If a sizable number of Medicare recipients really got CGM, the CGM market would explode given that Medicare invests presumably about $0.20 to $0.40 cents per day for BGM for people on insulin and ~$8/day for CGM (based on Dexcom’s ~$250/month – clearly, we have no idea what the contracts really look like, but the magnitude of the difference multiplied by the number of type 1 and type 2 people with diabetes is enormous; our math says three million people on insulin on Medicare moving to CGM would increase the glucose monitoring market by $9 billion, depending on assumptions (this assumes 100% conversion). What did Andy Slavitt propose be moved in coverage of diabetes and how will this play out? 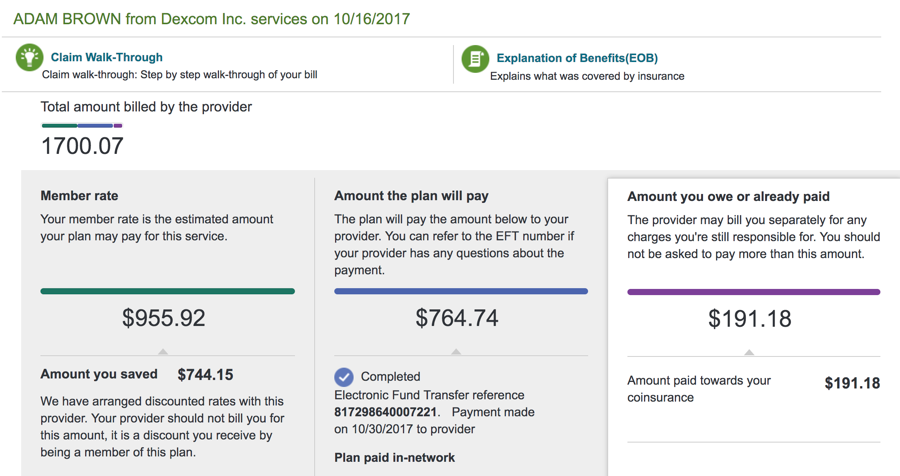 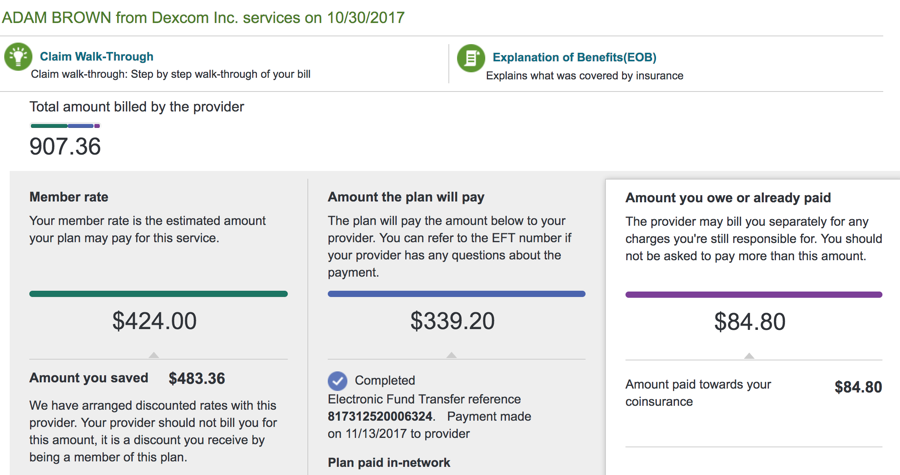