Medtronic has clearly put a lot of thought into making the “possible causes” list comprehensive for each pattern, though the long list (up to six) and question marks clearly put the onus on the provider to make a call as to the real cause(s). That is to be expected, as iPro2 cannot collect all the data streams to make firmer recommendation (e.g., it does not collect basal injections, exercise data, etc.). Of course, lists of “possible” causes and question marks make it easier from a regulatory perspective, and these are far better than just sensor data alone. We hope that as other data streams are integrated more seamlessly, software will move from suggestive questions to prioritized recommendations. On the bright side, the broad list of causes will serve as a valuable teaching tool in patient-provider conversations.

The new Snapshot report does an admirable job of fitting critical information on a single page, a must have for CGM downloads as diabetologists are increasingly overloaded. This is also a hallmark of Dexcom’s new web-based Clarity software, though Medtronic has done a better job of listing possible causes more prominently than in Clarity (where you must leave the Overview page and scroll to the very bottom of the Patterns page to see a list of “possible considerations”). We like that Clarity is both patient and provider facing, highly interactive, shows rebound highs/lows, and displays the individual glucose traces that make up the pattern. Dexcom plans to launch a provider-facing version of Clarity at some point, which will presumably include more prominent considerations or clinical decision support.

To our knowledge, Abbott’s FreeStyle Libre download software (Ambulatory Glucose Profile) does not list possible causes of patterns, but we assume this is in the pipeline (AGP does show traffic lights at different times of day to indicate problem areas). As a reminder, Abbott’s blinded FreeStyle Libre Pro sensor is expected to launch in the US next year (submitted in 2Q15). FreeStyle Libre Pro’s 14-day wear, factory calibration, and slim form factor is a big step up over iPro2’s three-day wear, need to retrofit the raw sensor data to fingerstick readings, and larger transmitter. Libre Pro is also an improvement over a blinded version of Dexcom’s G4, which still requires carrying the receiver and entering two fingerstick calibrations per day. Dexcom has never prioritized blinded CGM, and we’re not sure of the company’s future plans on that front (perhaps the partnership with Google could be leveraged there). Of course, there is tremendous potential for many blinded AND real-time sensors to flourish commercially, given the number of patients not at goal.

Q: Will Medtronic ever roll this Snapshot out to the patient-facing CareLink software?

Q: Will Abbott’s FreeStyle Libre Pro see rapid adoption once it is launched in the US?

Q: What will Dexcom do on the blinded CGM front? 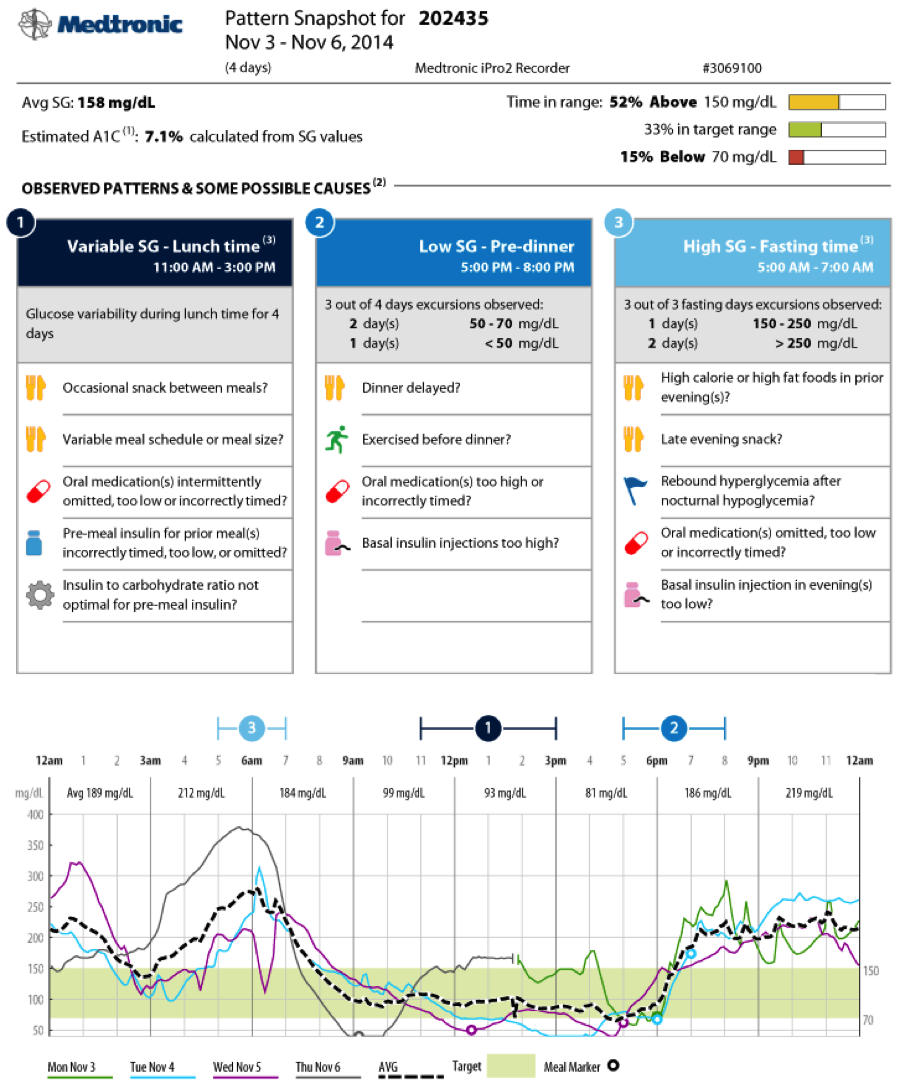