DarioHealth recently reported 2Q19 results in a call led by CEO Mr. Erez Raphael. Sales totaled ~$1.7 million, down 20% on a tough comparison to 70% YOY growth in 2Q18 (though still from a low base of $2.1 million). Sequentially, sales declined 25% from the record 1Q19. The declines reflect reduced investment in the direct to consumer (D2C) channel as DarioHealth transitions towards a business-to-business (B2B) model. The B2B channel is expected to start producing revenue in the second half of the year.

DarioHealth completed a public offering raise of ~$7 million in the quarter, finishing 2Q19 with ~$8 million in cash, compared to $7 million in 1Q19 and $11 million at the beginning of the year. During Q&A, Mr. Raphael stated that the company had enough cash to get to “April” 2020, enabled by a lower burn rate as it transitions to the B2B channel.

During prepared remarks, Chief Commercial Officer Olivier Jarry reported Dario has seen “positive traction with two major payers covering several dozen million lives” and is working to sign up patients. Additionally, Dario has “just signed a large employer” and is “finalizing agreements with a couple others.” Mr. Raphael also stated that the company is currently being “evaluated by four life science companies looking for a digital therapeutics companion.” Management hinted at a hope for its software to become device-agnostic and serve as the “Intel inside” for diabetes coaching – a bold goal and one that Omada, Livongo, or One Drop may be better suited to tackle. While Dario remains committed to its direct-to-consumer channel, momentum for its B2B channel is apparently ramping and will be “the big part of Dario’s future.”

There is some pressure to show traction: DarioHealth shares have been trading below $1 since November 2018; in July, the company received a 180-day extension to meet the Nasdaq’s minimum $1 price per share requirement. If the shares fail to meet the requirement, the stock will subject to de-listing. The market cap is currently ~$15 million. 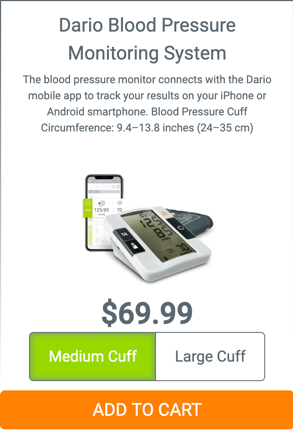