As we look to 2016, we reflect on 2015 to consider what we have learned. What directions has the field of diabetes moved? What were we right about in 2015? What we were wrong about? What was unexpected? Where do the biggest questions and challenges remain and what’s on the horizon in 2016?

This report provides a 2015 year-in-review and predictions for 2016 in four sections – Big Picture, Diabetes Technology, Diabetes Drugs, and Obesity. Within each category, we include themes from the year, a list of our most widely read reports (with links to coverage), and answers to the questions above. You can click on a section in the table of contents below to skip right down to it.

2015 saw new IDF and CDC stats that underscored the need for continued urgency in efforts to combat the global diabetes epidemic. The alarming figures in the IDF’s Seventh Diabetes Atlas (415 million adults with diabetes in 2015, projected to rise to 642 million by 2040) provided an urgent reminder of the epidemic’s global scope.  CDC data showing a significant decline in US diabetes diagnoses from 2009-2014 provided some cause for mild optimism but illustrated the importance of proceeding full steam ahead with prevention efforts. The year also brought evidence of several broader healthcare trends with important implications for diabetes going forward. Consolidation was the name of the game among payers and retailers in 2015, suggesting that pricing pressure from the payer sector is likely only to increase in the coming years as individual entities grow and gain negotiating power. Questions about big data and precision medicine were at the center of the public consciousness throughout the year, though we were also often reminded how far we have to go before these tools are truly relevant for people with diabetes.

In diabetes technology, the closed loop advanced further towards commercialization, led by Medtronic’s MiniMed 670G – more than ever, this year made it clear that closing the loop is now a question of “when” and “how,” not “if.” Google Life Sciences (now a standalone company, Verily) showed big-time commitment to diabetes in 2015, announcing new partnerships with Dexcom (next-gen CGM) and Sanofi (sensors, wearables, software), and continuing to prioritize the glucose-sensing contact lens with partner Novartis. In glucose monitoring, enthusiasm for Abbott’s FreeStyle Libre was sustained throughout the year, while Dexcom had another standout year on the commercial and pipeline front. Medtronic Diabetes also had an eventful year, maintaining leadership in the automated insulin delivery race and broadening into connectivity, type 2 diabetes, and healthcare delivery. More broadly, diabetes device connectivity and data made more solid strides in 2015, with continued proliferation of smartphone- and cloud-connected glucose monitoring devices and meaningful progress for diabetes data aggregation platforms.

The unexpected positive results from EMPA-REG OUTCOME were undoubtedly the highlight of the year in the diabetes drug world, and discussions regarding the mechanism of benefit, the likelihood of an SGLT-2 inhibitor class effect, and the generalizability of the results are bound to occupy much of the field’s attention in 2016. The results added another layer of nuance and questions to the broader CVOT debate, though the overall experience (including the results from TECOS and ELIXA presented at ADA) suggests that the majority of these FDA-mandated trials will still produce neutral results. Pricing pressure and frustration over the rising cost of insulin remained top of mind throughout the year, setting up the impact of biosimilar insulin as one of the biggest questions going into 2016. The future for new branded insulins also remains up for debate following several 2015 launches, while the GLP-1 agonist enters 2016 in a very strong position following the launch of Lilly’s patient-friendly Trulicity (dulaglutide). On the more negative side, the unexpected issue of ketoacidosis with SGLT-2 inhibitors occupied plenty of attention in 2015 and could contribute to the challenges of translating type 2 diabetes therapies to type 1 diabetes.

Finally, looking to obesity, the pharmacotherapy market continued to experience slow growth, with unimpressive revenue for both Arena/Eisai’s Belviq (lorcaserin) and Vivus’ Qsymia (phentermine/topiramate extended-release). The area also experienced its fair share of unexpected pitfalls in 2015 between the drama around Orexigen’s CVOT and the patient deaths in Zafgen’s beloranib program. On a more positive note, we were heartened to see new players like Novo Nordisk and Orexigen/Takeda enter the market and some signs of increased enthusiasm around more obesity treatment options. This enthusiasm also took the form of increased discussion around personalized medicine, new targets in the brain, and the microbiome, as well as a growing appreciation of the dangers of excess sugar. We hope the urgency will only grow in 2016, as new prevalence data showed a continued rise in obesity prevalence, with all US states now having an adult obesity rate above 20%.

A Year of CEO Changes in Major Non-Profits and Industry

Another Spectacular Sales and Pipeline Year for Dexcom

Higher Hopes for Digital Health – But Can It Deliver?

Below, we enclose the pipeline products we are aware of, though we acknowledge this list is likely not 100% complete. We have done our best to be as comprehensive as possible based on the most recent public updates we’ve heard.

Continued Debate Over the Pros and Cons of Cardiovascular Outcomes Trials

Pricing Pressure and the Rising Cost of Insulin

Type 2 Diabetes as One Component of Cardiometabolic Risk

GLP-1 Agonist Class Rebound and Dosing Innovations on the Horizon 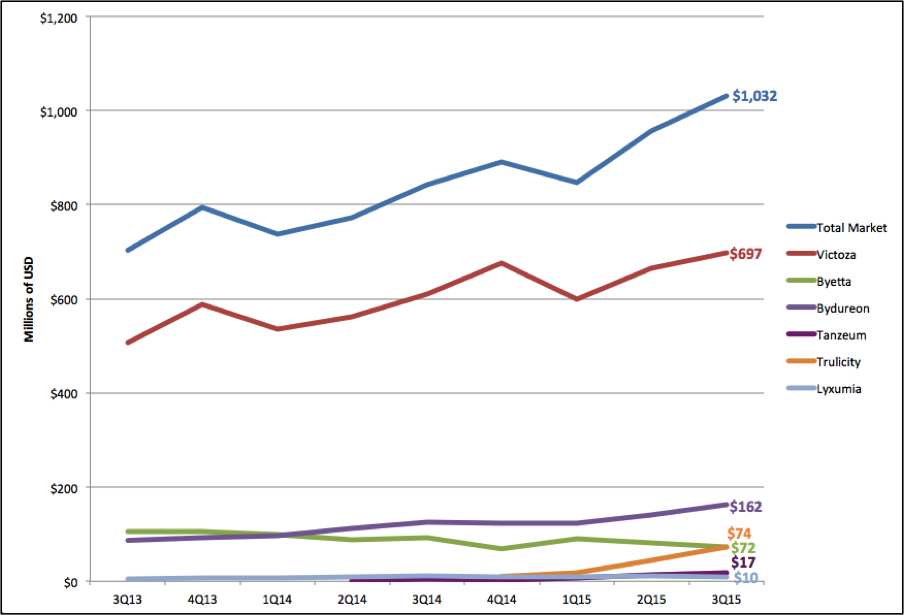 How Will New Insulins Fare?

Below we list the status of late-stage pipeline products we are aware of, though we acknowledge the list may not be 100% complete. We have attempted to be as comprehensive as possible based on the most recent public updates we have heard.

*Sales of Novo Nordisk’s Saxenda have not been reported yet 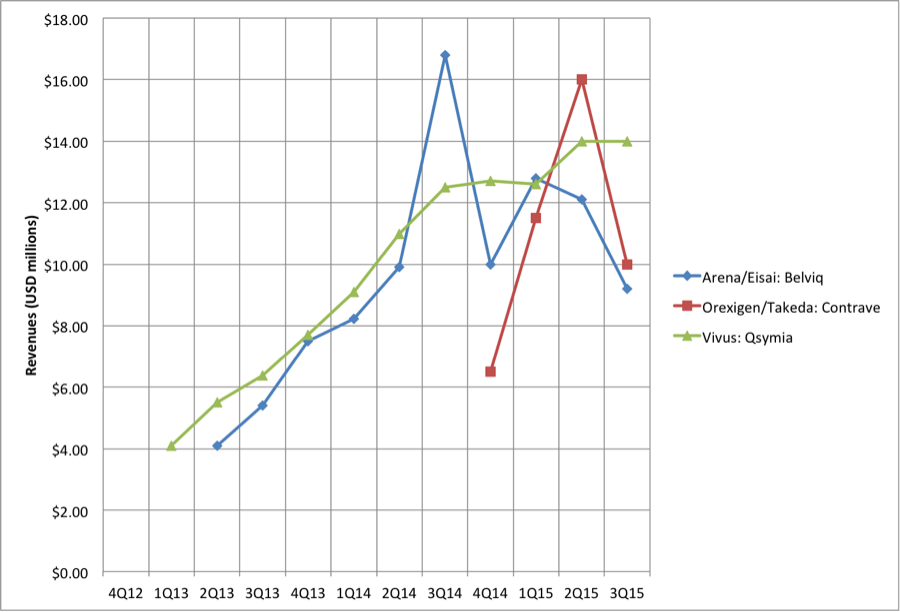 Personalized Medicine, The Brain, and The Microbiome Become the Buzz in Obesity

Obesity Prevalence Remains On the Rise

Sugar Consumption In The Spotlight

3. What We Got Right / Expected

4. What We Got Wrong / Did Not Expect

Below, we enclose the pipeline products we are aware of, though we acknowledge this list is not 100% complete. We have done our best to be as comprehensive as possible based on the most recent public updates we’ve heard.