PIONEER 2 (n=816) randomized adults with type 2 diabetes on background metformin to 14 mg oral semaglutide or to a 25 mg Jardiance tablet, both taken once-daily. After 26 weeks of treatment, oral semaglutide showed statistically significant superiority in A1c-lowering (no p-value reported), but was associated with comparable weight loss vs. empagliflozin (i.e. no statistically significant difference). Novo Nordisk hasn’t shared mean baseline A1c or body weight, and we’ll be looking for this in a future full results presentation, which will also offer more detail on the margin of A1c reduction and weight loss in each group. According to ClinicalTrials.gov, patients with A1c between 7.0%-10.5% inclusive were eligible for PIONEER 2, so a very broad group.

Investigators also conducted an on-treatment analysis, looking at participants who did not discontinue therapy and who didn’t require rescue medication. Below, we break down the available data from this secondary statistical approach, focusing first on efficacy findings and then on safety/tolerability. Lastly, we discuss the implications of PIONEER 2 – in short, oral GLP-1 could be a major stride forward for the diabetes field, offering all the potency of this class without any of the injection burden, but many questions remain when it comes to dosing, marketing (will the product compete with other oral agents or with injectable GLP-1 agonists – presumably this is a question that relates to pricing), etc.

Novo Nordisk is targeting 2019 for an oral semaglutide NDA, meaning a commercial product could be available to patients by 2020. 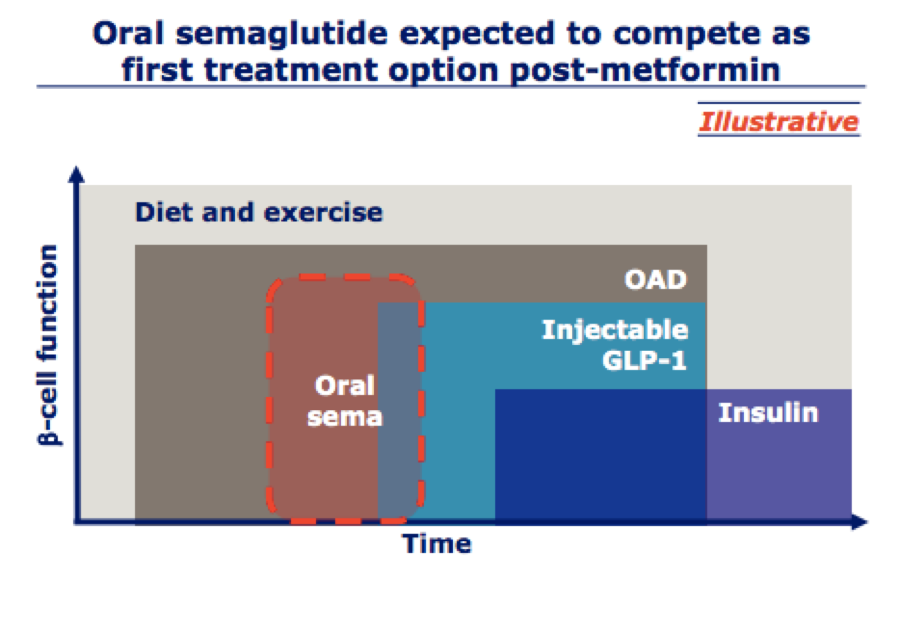