Many of the slide decks are posted here. Read on for our highlights!

Representatives from Onduo, Verily, Fitbit, and Samsung sat on a fascinating panel led by BCG and shared company updates and interesting tidbits. The major news is that Onduo intends to scale broadly next year (closing the “pilot” chapter), but we also heard that Verily’s retinopathy workflow experimentation in India continues, got some insight into why Twine Health sought to be acquired by a company like Fitbit, and Samsung’s Mr. Kevin Jones positioned diabetes as the “tip of the spear” of the company’s digital health initiatives.

Once again, DiabetesMine’s D-Data demos did not disappoint, offering a slew of interesting data approaches for Apple Watch, automated insulin delivery, novel CGM displays and alarms, and a new inhaled insulin. See highlights from each company below! Klue was probably the biggest highlight, especially given Dr. Bruce Buckingham’s enthusiasm. 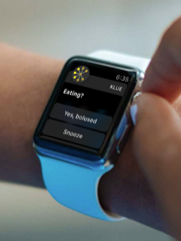 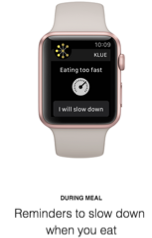 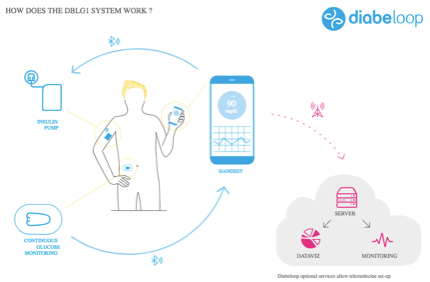 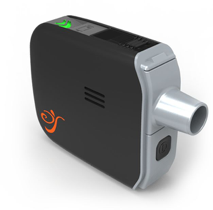 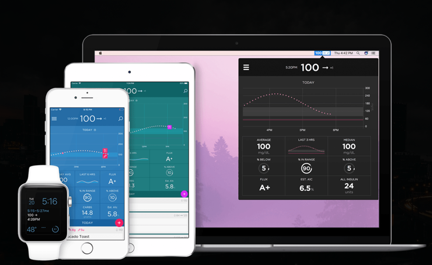 3. Insulet First Pump Partner for Tidepool’s Loop, with “Many, Many More” Potential Partners in Talks; Mr. Look’s Definition of Success for Launching Loop

Less than a day after it was announced on Insulet’s 3Q18 call, Tidepool CEO Mr. Howard Look reiterated that Omnipod is the first pump company that plans to integrate with Tidepool Loop. Read our coverage from last week. Mr. Look added that his organization is working with “many, many more” pump manufacturers and he hopes to have more exciting announcements; we’d guess Tandem is the next obvious candidate, and hopefully  any company that aims to automate insulin delivery will plan to integrate! Tidepool and FDA have been using Loop as a way to pressure test the Pre-Cert working model. “During four straight days of audits, we used Loop as an example for almost everything – how will that work, and how will we show safety and efficacy under the Pre-Cert program?” An app that automates the delivery of a potentially lethal drug is without a doubt a pressure test for a novel firm-based regulatory paradigm, and we wonder what was learned. Mr. Look also previously told us the team is “considering” an iAlgorithm/iController de novo application for Loop. In the brief Q&A, Dexcom’s Mr. Chris Hanneman asked Mr. Look to define success for Tidepool in terms of Loop adoption. Mr. Look replied: “Our definition of success is Tidepool Loop in an app store – initially in the US and international not long after that – and working with multiple partners’ CGMs and pumps, and demonstrating that Loop is a safe and effective way of delivering therapy with a vibrant ecosystem of devices. As for hurdles, the biggest one is getting all of the control and data protocols and business relationships done with the device companies in order to enable this.” 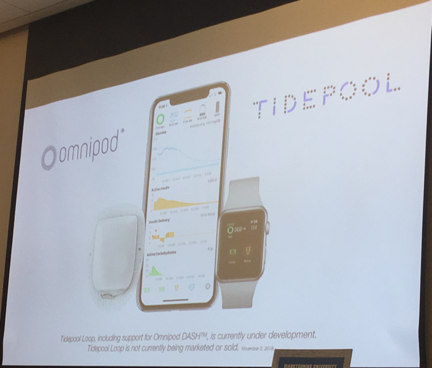 Prior to an excellent panel on FDA’s digital health Pre-Cert program, Mr. Bakul Patel reiterated plans to release a working model (V1.0) of Pre-Cert by the end of 2018, leading to an important 2019 where the program will be piloted and iterated upon. Mr. Patel said this 2019 “test phase” will seek to find out if the firm-based Pre-Cert program can give the same or better assurance of safety and effectiveness as the current product-focused regulatory model. He didn’t say exactly how this would look, as we don’t imagine that FDA will have two groups working in parallel – one on firms and the other on products – to compare the strategies. In explaining the Pre-Cert program, Mr. Patel switched his metaphor this time around, going for an E-ZPass toll booth rather than TSA PreCheck – you still have to pay to get through a toll, but the transaction becomes “extremely smooth.” We appreciated another of Mr. Patel’s metaphors, which portrayed FDA before Pre-Cert as holding a finger in the dike, preventing the flood of digital health regulatory questions, but they hadn’t answered the question of what should be done when the flood surge becomes too strong. The underlying intent of this program, he said, is to have quality baked into every step of every organization (rather than maintained solely by one quality assurance manager) and to shift conversations from processes to outcomes in addition to processes. He added that he’d rather talk directly with the people who are building a product in an interactive way, rather than solely examining the paper submission documentation – to gain confidence in a product, it helps to have confidence in the manufacturer’s validation, processes, and organizational structure, on top of the product itself. Notably, FDA is starting small with software since “if you tackle the problem of the fastest moving object, you can scale it to other areas down the road.” We loved Mr. Patel’s response to a question about the consequences of not maintaining organizational excellence: “We haven’t built that yet. We’re focused on building this extremely easy path for people to follow… If I say follow the easy path and you intentionally don’t or have a malicious reason, then a Form 483 or paper letter doesn’t cut it for me…I refer back to patients. What should it be? 483? Something like a parking ticket for not parking in the right spot or driving too fast?” We also loved that when FitScript CEO Mr. Charlie O’Connell asked how he could get involved in Pre-Cert, Mr. Patel simply said “you’re already enrolled to help us…engage with us. Help us build it.”

5. BCG’s Chris Bergstrom Keynote: Diabetes Care is Not Consumer Friendly Enough…Where Have We Been and How Do We Advance? Ethnography, Moving “Beyond the Widget,” and Asking for Help Embracing Agile Culture

BCG’s Mr. Chris Bergstrom kicked off DiabetesMine University with his take on the evolution of consumerization in diabetes care: Consumer-friendliness is not where it needs to be, but companies are investing in scale, partnerships, and the requisite “fail fast” mentality to move in the right direction. In the engaging keynote, he tapped into interesting stories from his past to explain the value of observing people “in the wild” to inform R&D agenda, discussed the commoditization overload in diabetes (and how that is good for patients from the perspectives of pricing and driving services and experiences “beyond the widget”), and some neat examples of BCG clients and other organizations (Allianz, John Hancock, Oscar Health, Qantas) and how they are differentiating themselves in insurance. 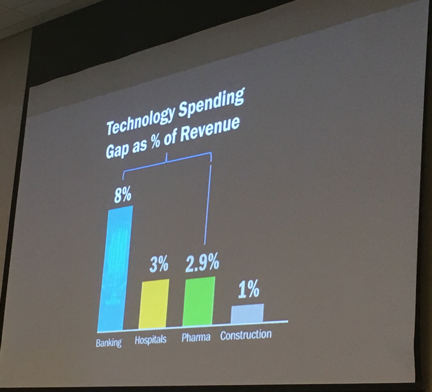 Bigfoot’s Chief Engineer Lane Desborough shared 20 assertions related to machine learning and the company’s virtual clinic approach to AID algorithm development. They are listed in order below and reflect the company’s commitment to extensive modeling and simulation, rather than running a series of pre-pivotal clinical trials. We caught a glimpse of this at DTM 2017. To date, Bigfoot has done just one clinical trial prior to its planned 2019 pivotal. Mr. Desborough made a very strong case for the benefits of simulation: complete control of conditions, testing scenarios which would be dangerous with human, avoidance of recruitment bias, low cost, and speed. He also noted FDA is increasingly embracing simulation; simulation and clinical trials play complementary roles in the design and characterization of AID systems. 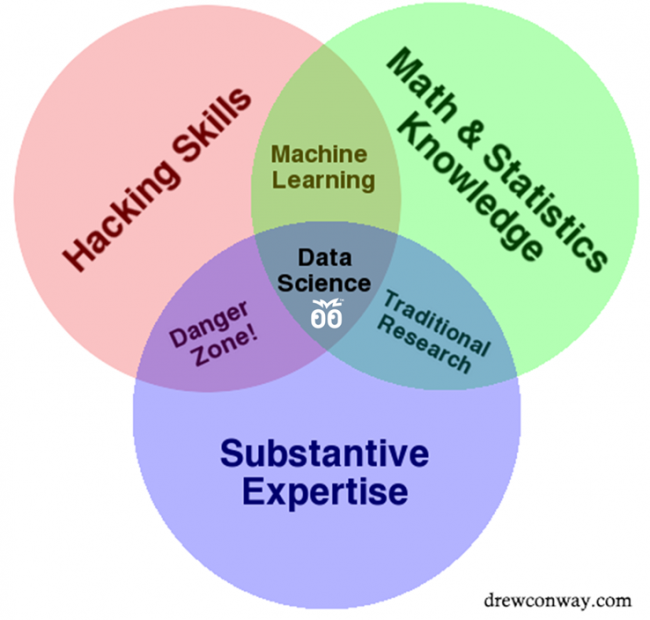 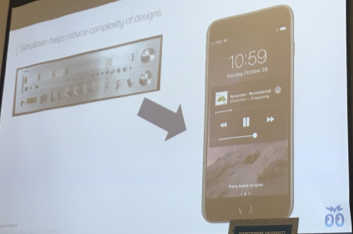